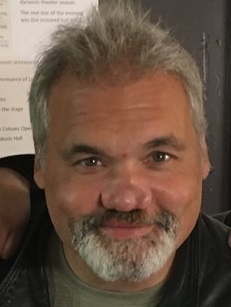 Artie Lange is an American stand-up comedian and actor. He is best known for his part in The Howard Stern Show and the sketch comedy series Mad TV. The talented actor has been facing serious problems with drugs addiction, he also was arrested several times. At present, Lange is coming back to his stand-up shows.

Lange was born in Livingston, New Jersey. His mother was a housewife; his father installed television antennas. Artie has a sister who works as a fashion designer.

Artie got an education at the Union High School. When he was young, he was interested in sports ad showed good results. However, his grades were poor, and he had to attend summer school.

He was once arrested in 1985, although the cause of the arrest can sound ridiculous. Artie wanted to flirt with the teller in the bank, he gave her a note in which he wrote that he was armed and demanded a big sum of money. The cashier thought it was a real robbery and called for the police.

In 1985, Artie entered the Seton Hall University in New Jersey thanks to his uncle. It was the time of his first success as a comedian. He had to write an assignment, and after he told his story in front of the class, he was praised for his amazing composition. Artie became happy that he made his classmates laugh when he was telling his story about friends and family.

It seemed that he found his passion, but some time later, he tried to commit suicide. Moreover, his father broke his back during his work. The family faced real problems with money. Artie tried to help his relatives installing antennas. After the death of his father in 1990, Lange supported his family by taking up work as a longshoreman.

The actor was very successful with his performances. He was noted by the William Morris Agency and signed a contract with the company. Soon, Lange was offered to perform in the sketch comedy series Mad TV, which made him a very popular comedian.

In 1997, after the difficult time connected with drug addiction, Lange left rehab and returned to his stand up gigs in New York City. He was offered to star in two network TV sitcoms. The actor Norm Macdonald Lange offered the comedian to audition for the second lead role in his comedy buddy film Dirty Work (1998), directed by Bob Saget, and Lange agreed.

After joining The Howard Stern Show Lange's career reached new heights. In December, 2004, he released his first stand-up DVD titled It's the Whiskey Talkin', and he continued doing stand up gigs on weekends.

In 2005, Artie signed a deal to star in and executive produce his own comedy feature film, called Artie Lange's Beer League.

In 2008, the comedian issued his first book Too Fat to Fish, which became a big success to him. He dedicated the book to Stern who wrote its foreword.

Next year, the actor made a controversial appearance on the first episode of Joe Buck Live. In the show he exchanged insults with host Joe Buck. The show was cancelled two episodes later.

In 2010, after his absence due to addiction, Lange performed his first stand up routine as a surprise guest at the Comedy Cellar in New York City to a positive reception.

Five years later, Lange made a return to television: he made two guest appearances on The Jim Gaffigan Show, and was chosen to star in a pilot episode for a new HBO comedy series titled Crashing.

In December 2015, Lange began writing his third book with Bozza. Wanna Bet?: A Degenerate Gambler's Guide to Living on the Edge was released in July 2018. From 2017 to 2018 the actor, along with Anthony Cumia, was a co-host of The Artie and Anthony Show.

In September, 2019, Lange came back from rehabilitation and performed as a comedian at the Comedy Cellar in New York City. He then announced a series of stand up dates. According to the latest information, the actor had signed a deal to host a new podcast that will premiere in November 2019.

In July 2011, the actor was ready to resume his career. He appeared as a co-host on the radio show on Fox Sports Radio. In 2015, Lange made an uncensored subscription-based podcast named The Artie Quitter Podcast. He recorded episodes from his home. The comedian said that the podcast instantly gained popularity and had about 9,000 subscribers in its first year.

In 2002 Dana Cironi became Lange's girlfriend; they were dating until 2006. In 2009, he met his future wife Adrienne Ockrymiek at a tanning salon and they got engaged. The two reportedly had a happy life together. However, the couple broke up in 2014 for unknown reasons.

As it was said before, the actor had problems with his health. In 1995, the actor attempted suicide. He was found by his Mad TV co-stars and taken to the hospital. In January, 2010, Lange attempted suicide for the second time at his home. He was found on the floor by his mother. Throughout his career, the actor suffered from cocaine and alcohol addiction. He admitted that it was very challenging for him to deal with these ailments, and only friends and relatives saved him.

He took part in several movies, once he was even confused with another actor in a movie Billy Madison, but it wasn't him. Speaking about his appearance, Lange has a nose deformation that was caused by his continuous drug addiction.