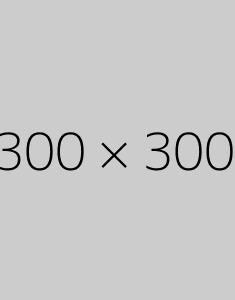 This American radio host became a real phenomenon in the entertainment industry. Stern has a unique style and provocative manner which make his shows scandalous and thrilling. The radio host also has a successful career in acting and writing. He is the author of two best sellers. His long and productive work made him one of the most influential people in the radio industry and the highest paid radio host.

Howard is a second child who was interested in music, marionettes, spent summer in camps. But his main passion was radio, and a shy boy found his outlet producing shows. His father was radio engineer and co-owner of the recording studio that fact had a significant influence on Howard’s future. Living in Afro-American Region, he had a tough childhood and troubles of fitting in. After school, he decided to enter the university but hadn’t enough scores.

That is why he spent two years in college and learned Basic Studies. That time he tried himself as a radio host on the student radio station where he read the news and did his first show. Finally, he was admitted to School of Communication, he got a Diploma and immediately started to work as a professional radio host.

The radio broadcaster worked on several radio stations and gained world fame. He entertains the listeners using humor exaggeration that some part of the audience may find offensive. He makes outrageous statements and breaks taboos in radio. This scandalous show is full of shocking news, discussions, and incidents.

Howard created a team of talented writers and comedians who make the show thrilling. The famous American comedian Artie Lange is among them.

Stern had a naked woman on the show, and there was a girl on sybian on the air. He interviewed a prostitute on the air. One day the host prevented a suicide when the caller was kept on the line for 5 minutes after that police took the man into custody. As a result, the fantastic show of Howard Stern has broken all scores and crowd of people wait for it with anticipation.

There were a lot of politics on the show — Donald Trump was Stern's guest several times. Howard believes that helped Trump get elected but feel sorry for it.

"The way I helped Donald was I let him come on and be a personality. Whether you liked him or not, people related to him as a human being."

Sometimes he took it one step too far. In 2004 he interviewed Rick Salomon about his adult video with Paris Hilton in detail. The radio station received a fine of $495, 000 and Howard was banned.

People love this show for its brutally honest interviews. Howard is an excellent interviewer who can draw honest emotions from the quests. The list of his best interviews includes the talk with Lady Gaga, Marilu Henner, Cox/Arquette, Pete Davidson, and others.

The broadcaster created his list of wack packers, the group of people with unusual appearance, voice or behavior. One of the famous quests of the show included the list of Wack Packers is Bigfoot. Bigfoot is a reporter Jon Leiberman who has a transsexual girlfriend and told Howard about their intimate life. The other frequent quest of the show is Lester Green, the comedian with microcephaly, known as Beetlejuice.

Stern devoted many years to work on cable television. In his early career, he hosted short TV programs. He appeared as a host for several shows and gave interviews. The most famous one is the big Jimmy Kimmel's interview.

Besides Stern is a talented writer. His books Private Parts and Miss America became best-sellers. Later he worked as executive producer and took part in several shows.

Love of the audience

In 2017 the 63-year-old host continued to work and still had an enormous number of fans. He rarely takes a day off, and they never went unnoticed. One day Stern took a day off, and a large number of listeners were concerned about that fact. Beth Stern calm down the public by her post:

“Everything is great. He’s coming back on Monday. He had to take a personal day, that’s all.” Then Howard made a controversial commentary of that fact: These a——s started calling my mother’s house, what am I, 5? If I miss a day of work, you don’t call my mother, you call my wife, I’m married. They’re calling my mother to see why I’m missing school.”

In 2019 Stern gave an interview to the New York Times where he confessed that he changed.

Stern says of his wilder days.

“Don’t get me wrong, I was fascinated, but I couldn’t be that guy anymore.”

The host said he was done with this. Today his interviews are more biographically driven, he continues to do bright interviews but without typical for him cheap jibes.

He also has a successful acting career. In 1997 he starred as himself in the film adaptation of Private Parts. This film was a commercial and critical success. He won a Blockbuster Entertainment Award for "Favorite Male Newcomer."

The radio host was married twice. In 1978 he married Alice Berns. That was a happy and long-lasting marriage. In 1999 he started to live separately, and in 2001 he announced an amicable divorce. He had three children from his first marriage. His second wife is Beth Ostrosky. In 2018 the couple purchased a palatial estate in Palm Beach.

In 2006 Stern had a five-year contract with Sirius Satellite Radio. He earned approximately $90 million per year. His estimated net worth is around $600 million. In 1999 Stern was listed in 100 Most Powerful Celebrities by Forbes Magazines. He was named the highest paid radio host. Besides, he released several albums.