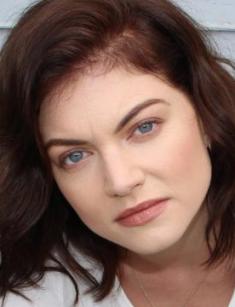 Cariba Heine is an Australian actress, dancer, and model who became famous for the role of the mermaid Rikki Chadwick in the series H2O: Just Add Water.

The would-be artist was born on October 1, 1988, in Johannesburg, the biggest city of South Africa. She was the second child in the family and had an elder brother, Kyle. In 1991, the family moved to Australia and settled in Canberra.

Cariba started performing on the stage at the age of three; she not only danced but also sang and played at the theater. Heine was the youngest participant of the Stargazers Convention competition in Sydney.

The 16-year-old woman joined the TV project Strictly Dancing and dazzled the jury, even though she did not win the victory. Cariba collaborated with an agent who was looking for new exciting projects, but got an injury one day and could not dance for a while. Thus, the agent offered her to try herself as an actress, and the auditions to the series H2O: Just Add Water happened.

Heine had to went through three auditions before she received the part of Rikki Chadwick in the project. The first time was particularly challenging: it took the young artist three hours to get to the place, not to mention the stress she had to experience. It was a surprise for Cariba when she was invited to the next stage.

Candidates had to wear mermaid’s tails and show themselves in water. The actress was so worried that she even practiced swimming with a personal coach; she gained the cherished role.

People from more than a hundred countries watched the series, and Heine became tremendously popular: people recognized her in the street, asked for an autograph, and took pictures with her. Besides, the new-born celebrity was invited to TV shows and movies.

The popularity did not make the woman reject small parts; she participated in an episode of the Australian series Stupid, Stupid Man in 2007.

The next year, Heine joined the cast of Blue Water High and personified Bridget Sanchez in the third season. It is the story about Australian school students who dream of becoming international surfing stars. It is a popular topic in Australia, so the audience welcomed the project warmly.

2009 was marked with the lead part in A Model Daughter: The Killing of Caroline Byrne based on a true story of an Australian model and her tragic life and At the Tattooist. The mini-series The Pacific was another project of the same period; despite the short screen time (two minutes), critics appreciated the actress’s work greatly. The series was broadcast in the States and received Emmy, as well as the nomination for the Golden Globe.

In 2010, Heine appeared in the web series The Future Machine.

She was also offered the part of Isabelle in the series Dance Academy; all actors were required to dance well. Thus, the young woman enjoyed two passions at once: acting and dancing.

In 2012, one could see Cariba in Bait 3D along with her H2O: Just Add Water colleague Phoebe Tonkin. Although the movie was shown in many countries, people’s opinions were ambiguous.

In 2013, the celebrity participated in the third season of the spin-off Mako: Island of Secrets and played 30-year-old Rikki. Homesick, she returns to the native town and tells the story of how she and her friends became mermaids; she also explains how they grew older and separated.

Following a pretty long time-out, Heine was invited to the series Hiding; although it was a secondary part, the artist participated there regularly. More than that, the project starred many famous actors, and Cariba’s experience was valuable.

In 2016, the audience could enjoy Cariba’s acting in the American series Designated Survivor. The project was nominated for Saturn Awards for Best Action/Thriller Television Series in 2017. The next year, the comedy Everyone is Doing Great was released; Heine collaborated with James Lafferty known for the series One Tree Hill.

The actress met Jamie Timony at the movie set of H2O: Just Add Water; the young man played Nate there. The couple began to date but whether they are still together is unknown. Cariba posts their photos on Instagram sometimes, but there are no kisses or hugs there.

Thus, the lovers either keep their relationship secret or broke up and remained friends.

Rumors had it Cariba was seeing another colleague, Burgess Abernethy, but no evidence followed.

The artist has changed her style; perhaps, she does not want to be associated with Rikki Chadwick anymore. Cariba is no longer a fair-haired beauty with angelic eyes – she is a dark-haired woman with an impassioned glance.

Although the actress does not often appear in movies today, she continues to work on commercials, music videos, and magazine photo shoots.