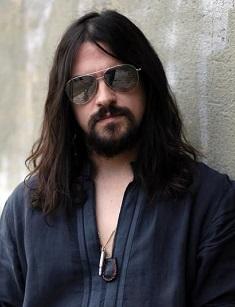 The Tennessee-born, Waylon Albright Jennings, is a hereditary musician, known for outstanding country and rock music. He signed to Universal South. Some of Jennings' most famous songs include "4th of July", "Outsider", "The Deed and the Dollar", and "Can You Come Over".

Shooter married in 2013 and has two children. He has an estimated net worth of $12 million, which he has earned from the fortunate earnings he has made through his successful career line. He has sold a lot of songs together with a lot of albums.

Waylon's birthplace was in Nashville. His father and mother were popular musicians. On May 19, Jessi Colter gave birth to their son. The boy grew up on tour buses and in recording studios. He was playing drums by the age of 5. In addition to this, he also had piano lessons at the age of 8 years and was playing guitar at the age of 14 years.

Jennings was considered to be a musical talent in high school. He was interested in rock. In 1996 the Waylon and his father recorded the album together. It was titled “Fenixon”. The relatives couldn’t find a label to release it.

As an adult, Jennings ultimately moved from Nashville to Los Angeles to explore his interest in rock, forming the well-received Stargunn, which he dissolved a three years later to follow a country-rock path. In 2005 he signed with the label and released his first studio album. Following years he released 13 albums, some of them were live recorded.

Soon he issued his first studio album. Its title was “Put the "O" Back in Country”. His next works were “Electric Rodeo” in 2006 and “The Wolf” in 2007. Thanks to those he got wide recognition in country music’s field. His first compilation record was “The Greatest of Shooter Jennings” in 2009. The same year Waylon published his record with his group Hierophant. In 2013 he announced the foundation of his own label.

In June 2018 the offspring of music legends Waylon Jennings gave a concert at The Camp at Lake Wappapello in Wappapello. The same year he and Lukas Nelson sang their version of “Mammas Don't Let Your Babies Grow Up to Be Cowboys” played on Netflix The Ranch. The song and lyrics were originally written and sung by their fathers.

In May 2019 Shooter Jennings was adding his touch to the record of Marilyn Manson, who started to work on his 11th full-length studio album. Earlier they teamed together to make a sick David Bowie cover of Cat People. In June Jennings performed in Texoma.

Jennings’s father died due to diabetes in 2002. At the funeral, held in the state of Arizona, Shooter decided to pay homage to his father and sing a song about Waylon. According to Shooter, the biggest misconception his whole life is that he is rich, that he had all the money from his dad, which he did not. Jennings and his father were rather similar artists.

A year later Shooter started dating American actress Drea de Matteo. In 2007 she gave birth to a daughter. In 2011 the pair welcomed a son. However, soon they broke down, and Shooter met his future wife. Misty Brooke Swain and Shooter Jennings tied the knot in 2013. Husband and wife were surrounded by an intimate group of family and friends, while the groom’s father’s music played in the background.

Shooter also made TV and movie appearances. In the 2005 movie Walk the Line, he even took on the role of his father, Waylon Jennings. The movie was released on November 18, 2005, in 2,961 theaters, grossing $22.3 million on its opening weekend. The main stars in Walk the Line movie were young Reese Witherspoon and Joaquin Phoenix. Shooter also appeared as himself in American Revolutions: The Highwayman, CSI: Crime Scene Investigation, and Marvel's The Punisher.

In 2015 Shooter appeared The Angry Grandpa Show’s episode. YouTube star Grandpa was a big singer’s fan. Pickleboy decided to bring Shooter to Grandpa's house to go "unplugged" and wake him up in the middle of the night and play a show, to which Grandpa wasn't invited. Grandpa was supposed to attend a Jennings concert in Jacksonville, but unfortunately, his van broke down, and he wasn't able to attend.

The grandpa was not allowed to listen to Jennings and was kicked out of the house. After he returned and started screaming, Jennings said:

"Here's the problem, man. You didn't make it last night, and you know, he invited me to come down and then you're yelling and screaming the whole time while I'm trying to play."

Finally, Pickleboy told Grandpa it was all a joke, and it was a happy ending. Jennings admitted they came to play specifically for him, and Grandpa sat cross-legged on the living room floor for his own private Shooter Jennings concert.

In 2017 the limited audio series hosted by Shooter Jennings, Beyond The Black became available on iTunes, Spotify, Google Play and anywhere where digital albums were sold and streamed. Produced by Shooter, Brandi Carlie’s album “By the Way, I Forgive You”, was recognized the best Americana Album at the Grammys 2018.

Jennings’ debut album reached no. 1 on the U.S. Heat charts. All in all, Shooter has released 16 studio albums, compilations, and extended play CDs since 2005.