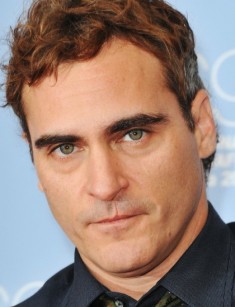 Joaquin Phoenix is the American movie actor who has in his filmography a number of the masterpieces which have left the trace the history of cinematography. These are the pictures Gladiator, Walk the Line, Hotel Rwanda, Her, The Master.

Joaquín Rafael Phoenix which is known to the majority of the admirers of the Hollywood movies for his role of the emperor Commodus in the project Gladiator project was born in late autumn of 1974 in Puerto Rico. His mother Arlyn Sharon Dunetz had Russian and Hungarian roots. Her parents were Jewish immigrants who have settled in the Bronx. His father John Lee Bottom, a native of California, had Spanish and Irish roots.

By the words of Phoenix in one of his interviews, he was born with mutilation on his face – over his upper lip; the baby had a scar which looks like the consequence of removing of the harelip. Though the admirers of the actor’s creative work suspect that he has had the surgery to eliminate this esthetic defect.

Arlyn and John belonged to the cult of Children of God. Joaquin's parents were engaged in the missionary activities and traveled in their old van around South America. Their five children with unusual names traveled with their parents. Their children’s names are translated as a leaf, river, rain, butterfly of freedom and summer joy.

Joaquin Phoenix was called Leaf. The boy had invented such a name for himself when he turned four years old. And the future Hollywood star’s surname sounded different – Bottom. The family of Phoenix changed their surname to Bottom when they left the sect. Joaquin returned his old name at the age of fifteen when he visited Mexico. In the local native language, Leaf reminded the Mexican word for garlic.

When the family of Phoenix left the sect of the Children of God, the Phoenixes Srs. returned to their ordinary life and settled in Florida in 1978. From their former life, the family saved only their adhesion to vegetarianism. Arlyn got the job of the secretary of the casting department of NBC TV channel, what defined the future of her children. It turned out that their children had skills and talents in the acting. Their sons Joaquin and River have especially proved themselves in this sphere.

Joaquin Phoenix had his debut on the screen in 1982 when he hardly turned eight. Together with his elder brother, the boy performed the role in the series Seven Brides for Seven Brothers. And in three years the young actor again appeared on the screen in the movie Kids Don’t Tell and in the series Alfred Hitchcock Presents. Joaquin Phoenix began his career in the cinema in the projects mentioned above.

We can’t admit that the career of the young actor was developing quickly. For example, in 1987 the movie critics highly appreciated the work of the 13-year-old boy in the movie Russkies. In this picture, the boy received the role of the sailor. Soon the actor achieved his next success after the release of the project Parenthood in which Joaquin was lucky to work with the real Hollywood star Keanu Reeves.

In 1993 when Phoenix turned nineteen years old, and his brother River was twenty-three the tragedy happened in their family. Brothers had rest in one of the nightclubs in Los Angeles in which River used the drugs. The dosage was too big, and the young man died. Joaquin was trying to save his brother’s life and called to the service 911. The record of this call was sold to the journalists. As brothers Phoenix had already become quite recognizable actors, the death of one of them appeared to be an excellent information occasion. The record of Joaquin Phoenix's call was always "on air" on the radio and television.

The death of his brother and the scandal which followed it became a tragedy for Joaquin. His brother River was considered to be a promising actor after he had received the Volpi Cup, the greatest actor's award of the Venice Film Festival for his role in the movie My Own Private Idaho. The young man left acting and took a break. His parents also couldn't get through this tragedy: their long marriage came to an end. Phoenix together with his father set off to travel around Mexico. This was a difficult period in Joaquin's biography.

Phoenix managed to return to the screens in 1995 when he took part in the movie To Die For in the role of Jimmy Emmett who was sick with the autism. This drama tells about the problematic young man who becomes a victim of the beautiful female careerist who forces the young man to kill her husband. This picture has gained great success. Joaquin worked on the screen together with Nicole Kidman and Matt Dillon. This role has helped Joaquin Phoenix to come back to cinematography and to remind of himself. Joaquin was afraid that he would become limited by the one image, but it wasn't worth being nervous because of it.

The year 2000 became remarkable for the actor. Joaquin performed the role in the movie Gladiator where he received the part of the Roman emperor Commodus, an imperious and violent tyrant who had callously killed his father. Joaquin Phoenix at once was nominated for a couple of Academic Awards and Golden Globe Awards.

The 2000-s years can be called bright in the actor’s career. Except for the movie Gladiator, Joaquin took part in some star projects, the most remarkable of which were the following - Signs, The Village, Hotel Rwanda Hotel and Ladder 49. In these movies, Joaquin Phoenix received the leading roles. And in the last one, Phoenix met the idol of his childhood - John Travolta.

Joaquin has managed to embody one more bright image in the movie Quills. The spectators were impressed by the acting of Phoenix in the role of the priest, Abbé de Coulmier.

The actor received his Golden Globe Awards in 2005 for his role in the drama Walk the Line. The skillfully performed image of the musician Johnny Cash brought Phoenix additional attention. Reese Witherspoon became his partner in the movie.

With two next pictures, Two Lovers and I’m Still Here Joaquin Phoenix has again proved his rights to be in Hollywood. Moreover, the actor released the solo music album. In such a way he has shown his versatile talent.

Joaquin Phoenix had repeated the success of his brother in 2012 when he received the award of the Venice Film Festival for his role in the drama The Master directed by Paul Thomas Anderson. That time versatile Phoenix was entrusted with the image of the demobilized soldier who got under the influence of the creator of the trendy philosophical direction of Lancaster Dodd (Philip Seymour Hoffman).

In the fantastic drama Her which was released in 2013, Phoenix embodied the image of the writer Theodore who was taken away with the true feelings of the virtual beloved who was created by the computer program. Scarlett Johansson voiced-over the beloved of the leading character.

As since childhood Joaquin has adhered to the vegetarian diet, the actor tries to take part in the activities connected with the animals' protection every time he can do it. The actor is one of the activists of In Defense of Animals and People for Ethical Treatment of Animals organizations.

In 2003 Phoenix took part in the documentary movie Earthlings which tells about the necessity of the ethic attitude towards the animals and the environment. Joaquin considers this picture to be the most significant in his career. For his participation in this movie, he received the Humanitarian Award of San Diego Film Festival.

The actor remains one of the most handsome Hollywood bachelors. For some time Joaquin had relations with the girl who had the unusual name of Acacia. But his beloved girlfriend hasn't become the actor’s wife after the long-lasting relationship. After these relations, the actor had a love affair with Liv Tyler. Two stars got acquainted in 1997 on the movie set of the movie Inventing the Abbotts. This relationship has lasted for three years, but then the couple decided to break up and stay friends.

The love affair with the well-known model Topaz hasn't resulted in anything serious. By the words of the actor, he prefers natural women who don't dream to pretend to be someone else, whom they aren't in reality.

The Hollywood star lives in one of the skyscrapers in the center of New York, in the neighborhood with his sister Summer and Ben Affleck’s brother - Casey. In his spare time, Phoenix is fond of painting and rides a yellow Pontiac retro car of 1972.

In 2017 there have appeared the changes in the personal life of Joaquin Phoenix. The actor began to be noticed more often together with the young actress of Rooney Mara. The actors started their friendly relations during their work in the movie Her in which Rooney Mara performed the role of the ex-wife of the Phoenix’s character.

There were the shootings of the movie Mary Magdalene which brought the young people to close together. The actors transferred their screen union of the characters in which Phoenix appeared as Jesus Christ, and Mara as his devoted follower, to the real life. The joint photos of the actors from time to time appear on Instagram and the pages of the popular tabloids as well.

Joaquin Phoenix continues to expand the frontiers of his image. In 2017 there were finished the shootings of the drama Mary Magdalene directed by Garth Davis. In this movie, the actor embodied the role of the Christ Redeemer. Rooney Mara played the role of the leading character on the screen. Chiwetel Ejiofor (Saint Peter) and Tahar Rahim (Judas Iscariot) also took part in this movie. The date of the release of the picture was changed for a couple of times, and as a result, the creators of this picture are still not sure that the drama will appear on the screen in 2018.

In 2017 the picture You Were Never Really Here was presented at Cannes Film Festival. In this tape, Joaquin Phoenix performed the role of the character Joe, the only one who was able to come to the rescue of the girl Nina (Ekaterina Samsonov). One more actor’s work is his role of the cartoonist John Callahan in the tragic comedy Don't Worry; He Won't Get Far on Foot directed by Gus Van Sant. The premiere of this movie was held at the American Sundance Film Festival.

At present Phoenix negotiates on the occasion of the of the villain Joker in the superheroic picture directed by Todd Phillips dedicated to the DC Universe. 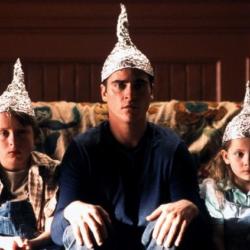