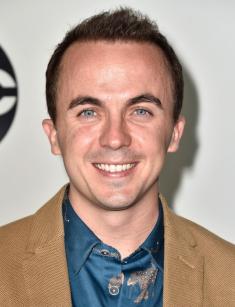 The American actor has a long and bright career in Hollywood. He is best known as a child actor as he played in various child shows becoming an immediate hit. The actor has multitalented nature and also proved to be a good drummer, car racer, producer and manager. He is at the top and is considered one of the wealthiest men in Hollywood, but never slows down and continues to achieve new heights.

The actor is named after his father, who was of Puerto Rican. His father was a restaurateur, while his mother was a nurse. The boy, his parents, and elder sister moved to North Carolina when Francisco was four. Here the actor spent all his childhood. As a teenager, Francisco met the first difficulties and disappointments when his parents divorced, and the boy moved to California with his mother. At the age of eleven he stopped attending school and was home-schooled by his mother. This arrangement helped him not to worry about school schedule and accept acting jobs without worrying.

As a kid Frankie hated inactivity and had bunch of energy. In 2002 the actor gave an interview and said that he had the only three days off in a year and those days he was “never so bored in my entire life. I had no idea what to do with myself for those three days.”

His road to successful professional acting career started when, at the age of 10, he took part in a local production of a Christmas Carol in North Carolina. When Francisco and his mother moved to California, he appeared in a few commercials. That time he also made his debut in the TV movie "To Dance With Olivia." In 1997 he starred in "What the Deaf Man Heard," in 1999 he played a small role in "Lost and Found."

Francisco took his lucky ticket in 2000 when he starred in "Malcolm in the Middle." This show became an immediate hit. The first episodes took more than 25 million viewers. As a kid, he worked in the team of true professionals such as Bryan Cranston, Erik Per Sullivan, and others.

Francisco earned a huge admiration, vast nominations for various awards and appearances on a handful of other shows. These were the golden times for Muniz; he was considered as the most bankable teen in Hollywood in 2003. In the very beginning of the series, his salary per episode was $30.000, but with growing popularity and recognition, his salary raised to $120.000 per episode. He was ranked 96 among The Top 100 Celebrities In 2005.

In some interview, Muniz told how the young actor felt when he became wealthy at a young age. When he was 18, Francisco has a car obsession and bought cars every couple of weeks, after driving them once or twice he got rid of them. "I look back now, and I go, "What was I thinking - why would I do that?" I think at one point I had like... 36 cars. At 17."

The actor continued starring the leading roles in commercially successful movies, "Big Fat Liar," where he played alongside fellow teen actress Amanda Bynes, among them.

After the ending show about Malcolm, the actor decided to leave traditional film roles. He took a break from acting and pursued a career of a car racer. Muniz said, "Growing up has never scared me until last year. I started thinking about getting older, being an adult, and it scared me. Hopefully, things will work out in my career. If they don't, then it was never meant to be".

Muniz had a burning desire to compete more competitively and participated in a few celebrity races in 2001-2006. In 2006 despite his previous statements he starred in the teen-sex comedy "Extreme movie." Then he made few cameo appearances: Criminal Minds (2007), Don't Trust the B---- in Apartment 23 (2012), The Mysteries of Laura (2015).

His appearance on "Criminal Minds" become memorable. His role was quite a bit different than his comedic gig. His character was forced to watch his girlfriend get raped and killed before being left for dead himself. The performance was a memorable one, due to the events leading to Muniz's character Jonny's psychotic break and the reasons for the kills themselves.

His last film is "Sharknado 3: Oh Hell No!" where he plays Lucas Stevens.

Muniz tried himself as a producer. Thus he was a producer of "Granted," executive producer "Choose Your Own Adventure: The Abominable Snowman" and was an associate producer of the film Choose Connor.

Music is one of his passion, that's why the actor was pretty inspired to join band You Hang Up as a drummer. Later he became a drummer of Kingsfoil, but two years after he had to leave the band due to scheduling problems.

In 2017 he became a manager of York-based band Astro Lasso. As a manager, Muniz travels with the band, does light, monitor systems and others.

The actor is Italian and Irish descent; he is of Puerto Rican. He was in a few high profile relationships with stars, Ellen Page, Amanda Bynes among them. He dated Hilary Duff. The actress was his partner on the show "Malcolm in the Middle" where she played Lizzie Mcguire.

He also was engaged to Elycia Marie, but their engagement was broken. Since 2017 the actor has been dating Paige Price. In November 2018 the couple announced their engagement.

The actor is a sports fanatic. His favorite teams are Arizona Cardinals and the Los Angeles Clippers.

Successful projects and popularity help him to be among the wealthy in the Hollywood Industry. His net worth is believed to be about $40 million.

The actor has serious health problems. Thus he suffered transient ischemic attacks about 15 times and nine concussion. It has sufficient influence on his memory. Frankie disclosed he suffers from partial memory loss and doesn't remember his acting days when he was a kid. He said: "I'm 31, I've never sipped alcohol, I've never touched a drug or taken a drag of a cigarette. The only thing I've felt was stress. I'm a high-strung person. I just like to always be moving. I'm not good at relaxing".