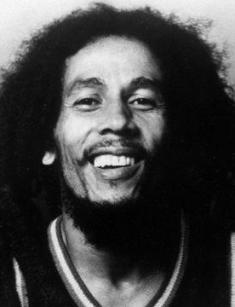 Bob Morley is popular with fans of the American television series The 100, which has been keeping the millions of viewers on the edge of their seat since 2014. It has a high rating, as well as The Vampire Diaries. The fantasy drama based on the novels by writer Kass Morgan tells the story of human beings after a nuclear apocalypse. Morley has played one of the title roles, Bellamy Blake, a brave fighter for the survival of the planet.

The actor’s full name is Robert Alfred Morley. The youngest of four children (the actor has two sisters and a brother) was born on December 20, 1984, in the Australian town of Kyneton, Victoria. The boy had European and Asian ancestry because his mother is Filipino, and his father is of Irish-Australian descent.

The father passed away when Bob was a child. The mother had a hard time because it was necessary to raise children, work, run a farm where the family lived. Despite this, the woman tried to give the children everything they needed. For example, Bob became interested in acting, and his mother allowed him to study drama during his school years.

After graduating from high school, Bob moved to Melbourne and entered the Royal Melbourne Institute of Technology to become a geological engineer. However, having studied for a year, the young man understood that geology was not his vocation.

“I remember that we went hiking, tested the soil ph seven times, and had to lick a rock. Then I suddenly thought that I did not want to do it for the rest of my life,” Morley laughs. "I had to stop and think about what makes me happy, and I recalled how I enjoyed participating in school productions.”

After that, the young man entered the La Trobe University to study acting. During his studies, he hired an agent who provided roles in university theater productions.

It was the stage that made the young man successful. While playing in Angels with Dirty Faces, the producers of the long-running series Home and Away (1988 - present) noticed Morley and invited the talented man to the casting.

Soon, the actor already rehearsed the role of Drew Curtis. In 2007, for his acting, Bob won the Most Popular New Male Talent Logie Award (the Australian equivalent of the Emmy Award). Bob Morley had played in 148 episodes of the series before leaving the project in 2008.

The new TV show featuring Bob was the crime drama The Strip, in which the actor played constable Tony Moretti. But it was closed after the first season due to disappointing ratings.

Fans saw their idol on the screen only in 2010 when Morley appeared in one of the episodes of the fourth season of the series Sea Patrol. He turned to the horror genre again (in 2005, Bob starred in the horror film Dead Harvest), playing a leading role in the movie Road Train.

The actor rode a new wave of popularity in 2001. Morley played gay Aidan Foster in the Australian popular series Neighbors (1985-2017). Viewers saw his relationship with on-screen lover Chris Pappas (James Mason) in 50 episodes. Bob left the series in 2013 and went to Canada to shoot in the project The 100 for the CW film company.

Bob Morley has brilliantly portrayed Bellamy Blake, one of the central characters in the series, who appeared in the first season. In the story, he is the brother of Octavia Blake (Marie Avgeropoulos), one of 100 juvenile detainees, sent to Earth to save it from being destroyed by nuclear missiles. Bellamy follows his sister, knowing that she is in danger. The actor tells about his hero:

“When they give you a character, even if he is a bad guy, you should love him, despite the mistakes. I’ve always believed that Bellamy has a good heart and that the reason for his cruel behavior is noble. He had to resort to desperate measures to get to Earth, which showed his devotion to the family. "

The role of Blake earned the handsome and athletic actor (he is 5.84 ft. (178 cm) tall, and has 13-inch biceps) the E! Online Award for Alpha Male Madness. The character in The 100 also helped Morley win the Teen Choice Award for Choice Sci-Fi/Fantasy TV Actor.

Unlike his rugged character, Bob Morley is a charming young man, and it is simply impossible not to fall in love with him. The army of his female fans believes so and closely follows the personal life of the idol.

However, the actor does not consider it necessary to inform the public about his love affairs. So, there is little information about this side of his life. From 2007 to 2008, Morley had a relationship with Jessica Tovey, a colleague on the TV series Home and Away (in which she portrayed Belle Taylor). The Australian actress is popular in her homeland, has starred in a lot of television shows, and performs on the stage.

There is also information on the Internet that Morley had a love affair with actress Jane Gosden. But Bob has a friendly relationship with Eliza Taylor, who played the role of Clarke Griffin in The 100, which disappointed his fans. They are from Australia and strongly support each other.

In 2016, a strange video appeared on the Internet in which Morley and his The 100 colleague, actor Richard Harmon, were passionately kissing. It is unknown whether it was a joke or something more.

But soon, people became aware of Bob Morley’s relationship with dubbing actress Arryn Zech. The woman is of Hispanic-American descent, was born on October 4, 1990. In the series RWBY, Arryn voiced one of the title characters, Blake Belladonna. Morley’s girlfriend is interested in photography, computer games, writing.

The actor is busy filming in the sixth season of the series The 100. Nowadays, this project is the most significant in his filmography, but he does not refuse other offers.

It is easy to follow Morley’s acting career on the actor’s fan accounts on Instagram and VKontakte. People can also hear the latest news from horse's mouth, subscribing to Bob’s Twitter page.

“I don’t know when they kill my character, but I will certainly be devastated when this happens,” the Australian admitted.

Bob Morley has a net worth of $3 million.