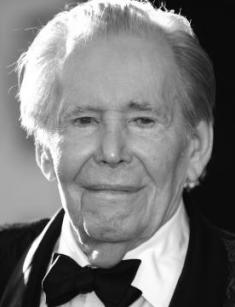 Peter O’Toole is a great British actor whose name is among the most profound actors of all times. He started his career from the lead part in the epic movie Lawrence of Arabia about a British intelligence officer Thomas Edward Lawrence and the events in the Near East at the beginning of the 20th century. All in all, the artist appeared in almost a hundred projects in Europe and America, as well as the theater works. In 2003, he won the Academy Honorary Award for his contribution to cinematography.

Peter Seamus O'Toole was born on August 2, 1932, in Connemara, County Galway, Ireland. When the baby turned one, the parents moved to Leeds, England. Some sources claim that the boy was born in this town. Anyway, this is where Peter spent his childhood.

O’Toole’s mother, Constance Jane, worked as a nurse, and the father, Patrick Joseph, was a bookmaker. Peter and his sister Patricia attended a Catholic school.

As the actor remembered, the family atmosphere depended on whether their father succeeded with his operations or not. Besides, the man was too fond of whiskey, and this issue became a problem for Peter as well.

At the post-war period, the young man quitted school and got hired as a trainee at Yorkshire Evening Post. Peter was a good journalist and began to develop his career, but he realized soon that he would like to participate in events, not describe them. The classes in an amateurish theater contributed to his new vision.

As long as O’Toole finished to serve in the Royal Navy, he entered the famous Royal Academy of Dramatic Art. Peter graduated in 1955 and joined the Bristol Old Vic theater; the role of Peter Shirley in Bernard Shaw’s Major Barbara was his debut. Soon, the audience noticed the talented young actor.

1960 was marked with the cinematographic debut: Peter received episodic parts in The Day They Robbed the Bank of England, Kidnapped, and The Savage Innocents. The same year, the actor joined Royal Shakespeare Company, Stratford and brilliantly personified Petruchio in The Taming of the Shrew and Shylock in The Merchant of Venice. The director David Lean noticed the artist there and offered him the lead role in his next project, Lawrence of Arabia (1962).

The project was being filmed for two years in seven countries. It was well worth it: seven Oscars and four Golden Globes and BAFTAs. Critics praised the newbie O’Toole; he was nominated for the Academy Award for Best Actor but failed to win. The situation repeated itself eight times; Peter was even called the classic Oscar loser. The legendary actor did gain the prize, though: it happened in 2003.

The role of the British officer changed Peter’s life dramatically: he turned into the top star. Soon, he proved that people did not admire him in vain: the role of Henry II in the historical drama Becket (1964) gave him another Academy Award nomination, as well as the Golden Globe for Best Actor – Motion Picture Drama. LIFE! published his photo on its cover.

The artist did not forget about the theater. In 1963, he played Hamlet in the first performance of National Theatre in London.

In 1966, O’Toole changed his stage type of complicated historical figures and showed another side of his talent: he played a charming criminal in the light comedy How to Steal a Million with Audrey Hepburn.

The actor came back to Henry II in the 1968 movie The Lion in Winter. This king was older and had to select his successor. Katharine Hepburn became the artist’s stage partner.

The early 1970s brought the next iconic work: The Ruling Class. Peter played a mentally ill nobleman who viewed himself as God and then a criminal. At that period, the artist also needed help: alcohol abuse was getting severe, and he wanted to be cured. Several years later, O’Toole was diagnosed with pancreatic cancer; he had his pancreas surgically removed and believed his life was over. Nevertheless, the man recovered and quitted the bad habit; gradually, he returned to work.

The role of imperious Tiberius in Tinto Brass’s Caligula (1979) made a brilliant comeback. The actor continued to personify cruel despots and played the director Eli Cross in the movie The Stunt Man that brought a new Oscar nomination.

In the 1980s, Peter joined the cast of the comedy My Favorite Year by Richard Benjamin. His character was a famous Hollywood boozer Alan Swann who was invited to New York to participate in a TV show. The actor’s “drunk” type interpretation was welcomed by critics: O’Toole got the next Academy Award nomination.

In 2004, Peter took part in the large historical project, the blockbuster Troy, and got the role of King Priam.

The eighth Oscar nomination came with the lead part in Venus (2006). O’Toole played Maurice, a senior actor, who falls in love with a young woman. As he learns about his terminal illness, he invites her to The National Gallery in London to enjoy his favorite painting, Rokeby Venus, for the last time.

Three years before this movie, the artist got the long-awaited Academy Award for his lifetime achievements; Meryl Streep awarded him. In 2008, Peter gained one of his last prizes, IFTA Award, for the series The Tudors.

“My career has brought me public support, emotional fulfillment, and material comfort. It has brought me together with fine people, good companions with whom I've shared the inevitable lot of all actors: flops and hits. However, it's my belief that one should decide for oneself when it is time to end one's stay”, the actor’s secretary read his words.

In 1997, O’Toole presented his autobiography, where he described the details of his personal life.

In 1959, the man married the Welsh actress Siân Phillips. Two daughters were born in this union: Patricia and Kate; both of them became actresses.

The relationship with Siân deteriorated several years later. Following the tremendous success, Peter began to abuse alcohol along with his colleague Richard Burton. Besides, crowds of fans followed the handsome, blue-eyed actor, and he did not always resist the temptation. Eventually, Siân was fed up with scandals and jealousy and left her husband for another man; she took the kids. O’Toole had to fight his dependence on his own.

In the early 1980s, the actor had a romance with the model Karen Brown. She gave birth to the son Lorcan and hoped the man would marry her. Still, the persistent artist did not agree: he believed that one marriage had been enough for him. Peter loved his son and gave up drinking for his sake; he tried to work more so that he could provide Lorcan with everything.

The legendary actor died on December 14, 2013, at Wellington Hospital, London. The man who had his pancreas removed early was insulin-dependent and had other diseases.

The master’s last will was to have his body cremated, and his ashes to be scattered in his home country, Ireland.