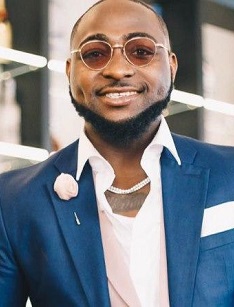 Davido is a Nigerian singer, songwriter, and record producer. He made his music debut as a member of the music group KB International. As a teenager, the musician has dropped out of college to pursue his dream of becoming a rap icon. So, let’s know what results he has succeeded to reach!

Davido was born on November 21, 1992, in Atlanta, Georgia, to the family of Adedeji Adeleke, Nigerian business magnate.

His late mother Dr. Veronica Imade was a lecturer at Babcock University. At the age of 11, he had to get through his mother's death. He is the third child of his parent, alongside one elder brother and two sisters. Nowadays his siblings have high posts in the company ruled by their father. Davido's elder brother named Adewale Adeleke is a CEO at HKN- a music brand.

Speaking about Davido's ethnicity, he has Yoruba roots through his dad. His grandfather is Chief Adebayo Adeleke who is thought to be the creator of the banana island well known for its highly placed value. The island is situated at the foreshore of Ikoyi in Lagos state. However, there is another opinion that Davido's grandfather works as a senator. 'Adeleke' is a very prestigious name.

As of his education, Davido studied at British International School prior to leaving for the United States. Having moved to America, Davido entered Oakwood University to study business administration. That time he became interested in music, writing rap lyrics and sacrificed his academic successes to focus on his hobby. So, he joined the band Shina Rambo as a backup. Davido came back to Nigeria in 2011. There he enrolled at Babcock University as the inaugural (part-time) student. He graduated with a second class upper in 2015.

At the beginning of his career, Davido found a favorite music genre – 'Afropop' created by Fela Anikulapo Kuti. So, his songs are written and composed according to the style's canons.

In 2011 the musician released the song 'Back When' recorded alongside Nigerian famous rap artist Naeto C. Clarence Peters helped in shooting and directing the music video for this track. It was uploaded on YouTube on May 29, 2011.

The same year, Davido presented the song 'Dami Duro' which helped him gain much attention from critics and listeners. The video of the song was shot and directed by Clarence Peters and was released during the Occupy Nigerian Protest. Since then, the musician started working hard, constantly releasing numerous albums consisting of hit songs alongside his brother Adewale Adeleke. That time Adewale already worked as the CEO of HKN record label which has collaborated with other influential artists such as B-red, Shina Rambo and DeeKay.

In his career, Davido has produced lots of songs for other artists such as Tiwa Savage, Skalesd, Naeto C, and even Sauce Kid.

2012 brought the singer an endorsement deal with one of the most used telecommunications in Africa, MTN Nigeria – he served as the face of MTN pulse. Shortly after, Davido signed an ambassador deal with the popularly known 'Sony Music.'

That time Davido released such hits as 'Ekuro,' 'Gbon Gbon,' 'Feel Alright,' 'All of you' – they were included in the album 'Omo Baba Olowo (2012).' The album's sells' level reached a million copies in Nigeria and abroad. The collection's singles got to the top of the MTV and Billboard charts. Davido embarked on a concert tour as a support of the album.

February 2013 was marked by Davido's second studio album which consisted of 'Gobe,' 'One of a Kind' and others. The tracks got majorly positive reviews and brought the singer many new fans. These singles were included in the list of the Top Ten songs in 2013. His single 'Gobe' was recorded by Dreamville Records and produced by Shizzy. Its music video was shot in South Africa by Godfather Productions.

In August 2013, Davido's song 'Skelewu' was ranked fifth on the list of the Top Ten songs. It advanced to No. 1 on Afribiz's top 100 charts. Davido created a dance competition - he asked fans to upload their own dance video to the song 'Skelewu' offering a cash prize of three thousand dollars. Bello Moshood Abiola was declared a winner of the competition.

Shortly after Davido added 'Aye' to the list of his songs. T-Spice produced the project.

In June 2014, Davido collaborated with Mi Casa, Lola Rae, Sarkodie, Diamond Platnumz and Tiwa Savage on a song for DSTV's Africa Rising campaign, which was designed to inspire Africans to contribute to community-based social investment projects. The music video for the song, released on June 24, 2014, was shot and directed by South African production house Callback Dream. In June 2015, Davido released his long-awaited collaboration with Meek Mill titled 'Fans Mi.'

Davido’s net worth is evaluated at $13 million. He is one of the richest Nigerian rappers – he has a collection of luxurious cars, number of houses in Nigeria and abroad.

In April 2012, Davido signed a 30-million endorsement deal with MTN. According to the contract's details, the musician became the face of MTN Pulse, a marketing campaign for Nigerian youths.

In October 2013, he signed an endorsement deal with Guinness Nigeria. As part of the deal, Davido performed at the Guinness World of More Concert alongside P-Square, D'banj, Wizkid, Ice Prince, Burna Boy, Olamide, Phyno, Chidinma, Waje, and Tiwa Savage

Davido has a girlfriend – Chioma. In his life, he has been romantically linked with many women and has children from his previous affairs.

In May 2015, Davido welcomed his first daughter Imade Adeleke from his ex-girlfriend - Sophie Momodu, the daughter of a business tycoon Dele Momodu. Davido personally published a post on social media declaring the birth of his kid. In December, the two fought over the custody of the girl.

Davido has one more daughter- Hailey Veronica Adeleke – the child from his previous relationship with Amanda. The girl was born on May 9, 2017.

He has also been involved with a 19-year-old Sira Kante. This was revealed by a close friend of Sira that their love story started after the two met on the set of a music video for 'Naughty' featuring Arafat.

Davido has a popular nickname which is frequently used by his fans and friends – O.B.O (Omo Baba Olowo – 'The son of a wealthy man' in English.)

On November 30, 2017, Davido won the Best African Act at the MOBO Awards and also became the first African act to perform live at the awards.

On June 24, 2018, Davido became the first African-based artist to be honored with his award on the BET Awards main stage. His honor was presented by Hollywood actor Omari Hardwick and actress Tika Sumpter. In his acceptance speech, he invited American artists to visit Africa and also to enjoy the food. Davido’s current purpose is to win Grammy Award.