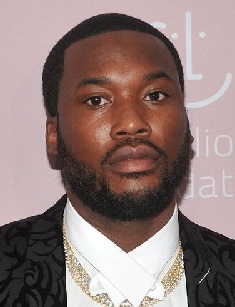 Known professionally as Meek Mill, the famous American rapper and activist, Robert Rihmeek Williams ventured alone as an underground rapper in Philadelphia. His rapping style made him famous in the area which made his name known by other famous industry talent seekers. Before signing a contract with music studios, Meek started his career by creating a four-man rap group named "The Bloodhoundz”. He then signed a record deal with an Atlanta based rapper T.I. in 20018. After three years, Meek left Grand Hustle Records and moved to the Miami based rapper, Rick Ross.

His fate quickly changed when Rick Ross, the owner of Maybach Music Group, gave him an offer. He released his first album, Dreams and Nightmares in 2012 where his hit single "Amen", was ranked as number two on the U.S. Billboard200.

After his break in 2012, he created his own label imprint named Dream Chaser Records where he collaborated with his previous friends in MMG and made appearances in some of the MMG’s recording series such as “Tupac Black” and “Ima Boss”. Meek Mill violated his parole in 2017 and was thrown into prison for two to four years.

Meek Mill’s bio is filled with ups and downs, especially in his career. Born on May 1987 in South Philadelphia, Mill was the son of Kathy Williams. He grew up in poverty and lost his dad at the age of five. He was described by his relatives as "the black sheep of the family". Later, their family moved to North Philadelphia where they lived in an apartment. Realizing their financial problems, Mill's mother worked different jobs and even shoplifted just to help her family survive.

It was Nell who inspired him to pursue his music career in the hip-hop industry. Nell was a friend of his father and was known as the Grandmaster Nell. His job as a disc jockey introduced Mill to real hip-hop and to some known artists such as Will Smith, Vodka, DJ Jazzy Jeff, Chic Raw, and Jay-Z. He learned different hip-hop styles by watching their performances and videos.

Although Mill was a shy and silent child in their house, he goes out of his comfort zone and joined rap battles. He spends his night studying words, phrases, and verses that he could use in a battle. He became famous in their place and created a rap group named "The Bloodhoundz”. He started created songs with his newly formed group. Meek Mill songs started when he and his group bought some blank CD’s at Kinkos and burned it with their self-made songs and sold it to the public.

Fate played a role when Mill was arrested at the age of 18. He was just walking when policemen approached him and arrested him for illegal possession of firearms. He was badly beaten by the police and was charged with assaulting the police after two black cops gave a statement and accused him of chasing them down and trying to kill them with a gun. This event placed Mill into probation.

Mill was able to grab the attention of some famous name because of his rap battles and self-made recordings by his rap group. He was offered by T.I, who is known to be influenced by his Mixtapes such as "The Real Me", "The Real Me 2", and "Flamers", to represent his next mixtape entitled "Flamers 2: Hottest in Tha City”. But the deal was delayed and did not end as expected due to their legal problems.

After his trials and hearings from accusations, Mill was in the run for a comeback. He released “Flamers 2.5: The Preview” which was later followed by the release of “Flamers 3: The Wait is Over". The two newly released mixtapes were the reason for his very first mainstream success. Mill was able to release another three tracks "Make ‘em Say”, ‘Rose Red” and “Mr. California”. Mr. California, Meek Mill’s new song, was considered as the most personal track to him.

Mill proved to the hip-hop industry that he has some serious talent after signing a contract with Rick Ross. Ross knew Mill through his mixtapes and didn’t hesitate to hire him and be part of his record company named Maybach Music Group. This gave him an opportunity to release two new singles "Ima Boss" and "Tupac Back".

Mill’s release of his mixtape series “Dreamchasers", became the highlight of his career. It made a huge noise in the industry and he became the talk of the town. The successful journey continued when he released the second volume of his mixtape series “Dreamchasers Vol 2". His second mixtape was considered as the most downloaded mixtape of all times. His success in his previous mixtape issues encouraged him to release his debut studio album in 2012, “Dreams and Nightmares”. His album didn’t live with the expectation at first but later won the Gold Certificated after three years.

Everything went well after the release of Meek Mill’s first album but his second album faced a lot of problems. He was jailed for his parole violations which became the reason for the delayed release. Later in 2015, he released his second album "Dreams Worth More than Money". He proved himself again after his album sold 246,000 copies after its first week of release. He continued to release the mixtapes "Dreamchasers 4” in 2016 and announced the upcoming mixtape “Dreamchasers 4.5”.

Meek Mill achievements proved that he was one of the best in the hip-hop industry. In 2012, he was able to win the BET award for Best New Artist and Best Mixtape for “I’ma Boss", which also gave him nominations for Impact Track, Track of the Year, and People's Champ Award.

He was nominated as the Rookie of the Year by the BET Hip-Hop Awards. Later in his comeback year, his second album won the Top Rap Album award by the Billboard Music Awards.

Mill was involved in several relationships; this includes his relationship with Nicki Minaj in 2015. He even accompanied her during her 2015 world tour by being her opening act. The Nicki Minaj and Meek Mill relationship only lasted for two years and was ended on January 2, 2017. This break-up was the inspiration of Nicki Minaj’s single, “Regret in your Tears”.

Despite his imprisonment, his success in the music industry brought him a lot of fortune. Meek Mill’s worth as of 2019 is known to be more or less $14 million.