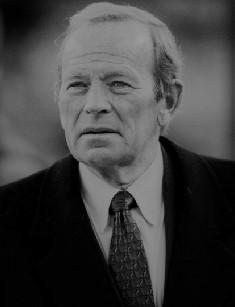 Patrick Dennis Bowlen was the principal owner and the CEO of the Denver Broncos of the NFL. He was connected to the Broncos since 1984, when he bought it, until summer 2014, when Bowlen resigned because of his health: he had Alzheimer's disease which became the reason of his death in June this year.

Patrick Bowlen was born in Wisconsin in 1944. His father, Paul Dennis, was a millionaire occupied in the Canadian oil business. Paul's company, called Regent Drilling, is now owned by John, Patrick’s brother. Bowlen studied at the Campion Jesuit High School and then at the University of Oklahoma he got degrees in business and law.

By the way, when Patrick was studying there, he played football as the Oklahoma Sooners team member.

Patrick has found the source of wealth by himself: his career started from the job as a lawyer where he gained a lot of success. At the same time, Bowlen worked for his father's company, and Patrick also had a lot of investments in the mining industry. In 1974, Partick’s company “Batoni-Bowlen Enterprises” built the arena Northlands Coliseum, which became home to the Edmonton Oilers.

In 1963, when Bowlen got admission to practice law, he became a member of the Law Society of Alberta and the Canadian Bar Association. Before his death this year, Bowlen had a net worth of $1 billion.

The Bowlen family – Patrick, his two brothers John and Bill, and sister Marybeth decided to buy Broncos from Edgar Kaiser in 1984.

Speaking about the team, in 2008, after being a head coach for 14 years Mike Shanahan, who was also a Vice President of Football Operations, was fired by Bowlen. Shanahan was replaced with Josh McDaniels, who got fired too, after some failure in 2010. Then, a new head coach became John Fox.

At the end of 2009, there were some rumors about Bowlen’s memory loss. Patrick has told The Denver Post that his memory was not the same as earlier, and this can be considered as his last interview. In 2010, President Joe Ellis and John Elway, Executive VP took Patrick’s major role, and in 2014, Bowlen officially gave all the control to Joe Ellis because of bigger health issues.

By the way, during his position as an owner of the Denver Broncos, Patrick made some good friends, and one of them is Dallas Cowboys', Jerry Jones. Jones always said that Bowlen inspired him a lot; they created together a special spirit — a brotherhood. Besides, Jerry Jones’s stats got even better, and we can feel Bowlen's influence here.

In 2006, the Denver Outlaws were added to the Major League Lacrosse’s teams. The Denver Outlaws was the most successful Bowlen’s franchise. Since their creation, this team had a usual season win percentage of 69.0%. We can say that Bowlen made his record as owner. The Outlaws won the championship in 2014, 2016, and 2018.

Bowlen has been married to Annabel Bowlen, who worked as an attorney for Edmonton, for more than 30 years. Patrick and wife had five children together: Patrick Bowlen III and John Bowlen Jr., Brittany, Annabel, and Christiana. They have been actively involved in their dad's business.

Patrick III is still Director of Facilities at the Denver Broncos. Marketing – this one’s for John who later resigned. At the University of San Diego, he used to play football, but due to his injury, he had to give it up. Brittany worked as a business analyst in the finance department for less than a year, and then she left to get a master’s degree at Duke University’s Fuqua School of Business. Annabel studied at the University of Colorado Denver; and about the youngest kid Christiana there is much less information.

On June 13, 2019, Patrick died at his home in Englewood, Colo at the age of 75 because of complications of Alzheimer's disease. Although he had a lot of years behind him, Patrick still looked stunning and strong if we look at his last photo. Bowlen’s intent was for his kids to inherit the franchise, although the businessman did not mention which of his children would have the first right.

Bowlen's death was big grief for lots of people. Some of them created a petition about recalling Broncos Stadium at Mile High to Pat Bowlen Field.