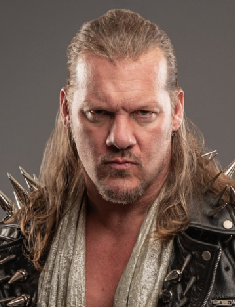 Christopher Keith Irvine (mostly known under his ring name Chris Jericho), is an American-born Canadian professional wrestler, musician, author, and actor, currently signed to All Elite Wrestling (AEW). In sport, Chris is best known for appearances in WWE between 1999 and 2018.

Remarkably, has been named by journalists and industry colleagues as one of the greatest professional wrestlers of all time.

Let’s find out what makes Chris Jericho so special!

Christopher Keith Irvine's birthday is November 9, 1970. He was born in Manhasset, New York to the family of Loretta Vivian and Edward Amos "Ted" Irvine. Remarkably, his dad is a former NHL hockey player who performed for the Boston Bruins, Los Angeles Kings, New York Rangers, and St. Louis Blues between 1963 and 1977. Chris has Scottish roots. He also has a sister Vanessa.

As a child, Jericho liked watching wrestling matches on television. He had idols - Owen Hart, Ricky "The Dragon" Steamboat and Shawn Michaels. He had his first exposure to the workings of a wrestling promotion when he was hired as a ring-crew member for the newly opened Keystone Wrestling Alliance promotion.

When Christopher was 19, he started attending the Hart Brothers School of Wrestling. His coaches were Ed Langley and local Calgary wrestler Brad Young. October 1990 was marked by Jericho's wrestling debut at the Moose Hall in Ponoka, Alberta as "Cowboy" Chris Jericho.

At the beginning of his career, Christopher performed for Canadian National Wrestling Alliance (CNWA), Consejo Mundial de Lucha Libre (CMLL) in Mexico, and Genichiro Tenryu's Wrestling and Romance in Japan, among other promotions.

In 1996 the sportsman firstly performed on a World Championship Wrestling (WCW) program. His most memorable and best matches of that time were against Goldberg, Dean Malenko, Chris Benoit, Marty Jannetty, and Booker T. Meanwhile, Jericho worked for New Japan Pro-Wrestling (NJPW).

In 2016, behind the curtains of Summer Slam, scandal and brawl occurred between Chris Jericho and Brock Lesnar. In an interview with Bret Hart, Chris said they had a long-time feud.

In 1999 the wrestler joined World Wrestling Federation/Entertainment. He has helped in writing the storylines for the game show.

Chris' first tenure with WWF/E lasted till 2005. He returned in September 2007 and quitted again in 2010. He signed a contract with WWE again in 2011. In 2017, the sportsman left WWE again to become a free agent reportedly.

In his career, Chris Jericho had a long-time rivalry with Shawn Michaels. The feud culminated in a grand finale in a ladder match at the 2008 No Mercy Pay-Per-View event – Christopher won. Their competition was named the Feud of the Year by both Pro Wrestling Illustrated and the Wrestling Observer Newsletter, and the No Mercy match was chosen as the Match of the Year by the latter outlet.

Chris Jericho’s net worth is evaluated at $18 million. When he performed in WWE, his salary was approximately $900,000.

2006 was marked by Jericho's debut on stage – he appeared in Opening Night. Besides, he has also acted in movies Android Apocalypse (2006) and Albino Farm (2009).

In 2013, Chris Jericho started hosting his own podcast, Talk is Jericho. On television, he hosted the reality series Redemption League (2008), Downfall (2010), and Robot Combat League (2013). He also anchored the 2015 edition of WWE Tough Enough.

Chris Jericho has a wife, Jessica Lockhart. They got acquainted due to their mutual friend wrestler Disco Inferno (Glenn Gilbertti) in Tampa, Florida. The two tied the knot on July 30, 2000. They have children together – son Ash Edward Irvine (born 2003) and identical twin girls, Sierra Loretta "SiSi" Irvine and Cheyenne Lee "Chey" Irvine (born 2006). The family lives together in Tampa, Florida.

Chris Jericho has launched Chris Jericho's Rock 'N' Wrestling Rager at Sea, a cruise which brings together the worlds of rock and wrestling to offer a once in a lifetime vacation experience, in 2017. He is also one of the owners of D1 Sports Training and Therapy in Tampa.

In spring 2019 Jericho was mixed up with a Twitter feud with Conor McGregor after the latter congratulated Becky Lynch for being the WWE’s first double-world champion.

In 2009, the sportsman was falsely accused of punching a female fan, but the charges were later canceled.

In 2012, performing at a WWE live event against CM Punk in São Paulo, Brazil, Chris crumpled and kicked the Brazilian flag. He subsequently got arrested for disrespecting the flag. WWE reacted immediately and returned him to the US via Guatemala.

Jericho had to make a public apology, got a 30-day suspension and a big fine.