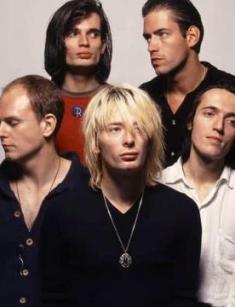 The British group Radiohead has been delighting its fans for more than 30 years with its unique sounding. Traditionally, their genre is described as alternative rock, but the musicians also experimented with a variety of styles from Britpop to psychedelic electro. Surprisingly, Radiohead’s members have never changed: the band’s founders continue to collaborate today.

The story of Radiohead dates back to 1985. The would-be group members met in a private boarding school in Abington and founded the group On a Friday. The name was not accidental: according to the school rules, the students could rehearse only on Fridays.

Thom Yorke became the soloist; his friend Colin Greenwood was responsible for the bass guitar and keyboard. Philip Selway was the drummer, and Ed O’Brien played the guitar. The youngest member, Jonny Greenwood, was the bassist’s younger brother; he played the harmonica and keyboard and then learned how to play the guitar.

The young artists’ first show was held in Jericho Tavern in Oxford; it happened a year or two after the group was founded – various sources provide contradicting data. Three saxophonists supported them.

The friends stopped their music activities for a while because of their university studies; they would gather together only on vacation.

Four years after graduation, On a Friday started recording demo tapes and give concerts in Oxfordshire. Soon, they presented the EP Manic Hedgehog named after the music store by their own efforts; the Oxford magazine Curfew published the group’s picture on its cover at the same period.

Shoegazing was one of the most popular genres at that time. In their turn, On a Friday played the untypical music similar to Pixies, The Smiths, R.E.M., and Talking Heads. Still, the musicians grabbed the attention of the recording company’s co-owner Chris Hufford. Later, he became the band’s manager along with Bryce Edge.

At the end of 1991, Colin Greenwood met the EMI Records agent at the music store where he worked. It was a lucky coincidence that gave the group the contract for six albums. The company only insisted the name should be changed; “Radiohead” (just like the song by Talking Heads) replaced “On a Friday”.

The group’s debuting mini-album Drill came out in March 1992 and did not bring much popularity; it was number 101 in charts. To record a full-fledged album, Radiohead invited Paul Q. Kolderie and Sean Slade; the work on the new disc was finished by the end of the year. Pablo Honey was released in February 1993.

Things were improving. MTV broadcast the music video “Creep”, and the single reached the seventh place in British charts. Radiohead had a long tour in the United States and opened shows for Belly and Tears for Fears.

As soon as the musicians returned home, they began to record the next mini-album My Iron Lung; the popular British producer John Leckie contributed to it. The premiere took place in October 1994; the lead single appeared on the radio and sold well.

Until the end of the year, Radiohead recorded enough tracks for the second studio album The Bends. Critics appreciated it and emphasized the riper sound and individual style. The musicians used three guitars and keyboard at once; their roles could change, but the work duties were usually distributed as follows: Jonny played the solo guitar, Yorke was responsible for rhythm guitars, and Ed used noise effects.

The Bends was notable in Great Britain, but the USA gave the disc only the 88th position. In the mid-1995, Radiohead had a tour with R.E.M. and began the next year collaborating with the producer Nigel Godrich. The third album OK Computer was released soon. Its tracks combined melodic rock with electro elements and Yorke’s emotional vocal. The artists received the Grammy Awards for Best Alternative Album and went to another tour.

The challenging period followed: the group almost stopped giving concerts. Later, Yorke told journalists they were close to splitting up; the soloist had depression and artistic block.

Fortunately, the low point passed, and the fourth studio album Kid A was presented in 2000. The musicians experimented a lot, and critics marked the jazz and krautrock influence. The album topped music charts and became Radiohead’s first work that took the first place in Billboard 200. Despite the absence of singles, little advertising, and track leakage to Napster, Kid A was a commercial success.

The next album, Amnesiac, was equally popular and enjoyed critics’ favor. The band did not slow down and gave many shows in Portugal and Spain in summer 2002 to switch to the new material immediately. However, the artists said the whole process was calm and relaxed. Hail to the Thief was premiered in 2003 and became a bestseller; British music charts gave it top positions, and number three in Billboard was also significant. Another tour was held, and Radiohead had a creative reprieve. Meanwhile, Hail to the Thief earned the platinum status in Great Britain; it was also golden in the USA.

Soon, the musicians canceled the contract with the label: they saw no reason to continue their collaboration. The next studio album, In Rainbows, appeared on the Internet: a user could download it and pay for it as much as they wanted. It was a revolution in the music industry. According to the company that monitored the album downloading, the Internet version brought more money than the sales of the previous album.

Radiohead often gave charity concerts; they kept touring and recording new materials. On Valentine’s Day 2011, the group announced the eighth studio album The King of Limbs; the e-version preceded the disc. Critics’ opinions varied: some of them loved the new tracks while others disliked the lack of ambitions in the album.

Another vacation happened after a tour in America. In fall 2014, the band came back to work and presented several soundtracks and singles before the premiere of A Moon Shaped Pool on May 8, 2016.

Nowadays, the musicians continue to record new tracks and hold shows all over the globe. In 2017, Radiohead’s tour included concerts in Coachella and Glastonbury. The same year, in May, the collection OK Computer celebrating the group’s anniversary was announced; the e-version appeared on the Internet in June 2017.

In 2018, Radiohead accused the singer Lana Del Rey of plagiarism: according to the group, her song “Get Free” was similar to one of their most popular hits, “Creep”.

Funny as it may seem, the band was accused of plagiarism of the same song in the 1990s. As a result, they included Albert Hammond and Mike Hazlewood, the musicians of The Hollies, as the co-creators of the single.

The new species of ants was named after the group: Sericomyrmex radioheadi.

Radiohead has the official Instagram and Twitter accounts; fans can see the photos and videos from the group’s life. In summer 2018, the artists finished another tour.