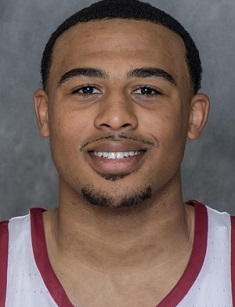 Born in Illinois, Talen Horton-Tucker started a basketball career in NBA in 2019, drafted in the second round, pick No. 46 by the Orlando Magic. He spent only one season in Iowa State Cyclones. Magic traded him the same night to Los Angeles Lakers for 2020 2nd round pick and $2.2 million. The sides signed the contract on July 13, 2019. Horton-Tucker plays at a shooting guard position. His college stats were 11.8 points, 4.9 rebounds, 2.3 assists and 1.3 steals on average in 35 games (34 starts).

The amount of his net worth is unknown.

Talen is the native of Chicago, the birthplace of many famous and great basketball players. He was born on November 25, 2000, in a family of Shirley Horton and Marlin Tucker. Chicago was a very criminal city, and one of the main ways to achieve something great was a sport. Talen was involved in basketball from an early age. He loved to play basketball on Lakeside Court.

All the Talen’s family watched him playing basketball because their windows looked out on the same side as the court. Unfortunately, when Talen turned 13 years old, a series of tragedies began in his life. First, he lost his grandmother. She battled with colon cancer for a year but didn’t succeed in it. In a year, Talen’s father died of a heart attack. Two months after that, a childhood friend of Talen and one of the biggest influences on his decision to attend Simeon, Saieed Ivey, was killed in Los Angeles.

Lived quietly for four months, Talen faced a new death. His cousin and longtime mentor, Greg Tucker Jr, was killed in a drive-by shooting. Those circumstances could defeat anyone, but Talen kept fighting. His loving mother helped Talen to go through all problems, standing by his side.

After Talen attended Simeon Career Academy, he immediately joined the school’s basketball team. From the moment he stepped onto that historic hardwood at Simeon, the same court where Derrick Rose, Jabari Parker, Bobby Simmons, and many others got their starts, it became clear that boy would make some noise in basketball life of Illinois. He helped the Wolverines to three-straight City Championships. The team went 29-4 in his senior season, where his stats were 20.4 points, 8.3 rebounds, and 3.0 blocks.

On October 26, 2017, Iowa State University (ISU) filled its final scholarship for the 2018 class with a commitment from priority target Talen Horton-Tucker. He chose ISU over Illinois’s and Xavier’s offers and became the third Illinois native in Iowa State’s 2018 class. The decision came after Horton-Tucker’s official visit to Ames earlier that month. He said about that visit:

“I liked it a lot. I had fun with the guys that committed, and with the players, they have now. Coming and being around Iowa State so much has almost been like a vacation. They’ve seen me, and I’ve seen them a lot, and we’ve been talking for almost two years."

Talen became the first Cyclone freshman to have two 26-point efforts in the first five games of his career. In December, he scored 27 points and seven rebounds in a game against Wesleyan Christian Academy. Two weeks later, Talen scored 24 points, which helped Simeon to win Memphis East. In his lone season, Horton-Tucker appeared in 35 games, making 34 starts as a freshman. His outstanding game allowed him to become the fourth-youngest player in Division I basketball as a rookie, third on team and 15th in the conference averaging 11.8 points per game.

NBA teams were intrigued by his 7-foot-1 wingspan, as well as the fact that he wouldn’t turn 19 years old until November 25, making him the youngest college player then projected to get drafted. Scouts wanted to get a better feel for how good of outside Horton-Tucker projects would be down the road.

Though he made 3-pointers with good volume, he was not particularly efficient at 31 percent and also struggled at times from the free-throw line, converting 62.5 percent of his attempts. Horton-Tucker was aware of those concerns and plans on addressing them during the pre-draft process. The highlights of his college career were widely spread on YouTube.

On June 20, 2019, Talen was selected by Orlando Magic. He got the 46th number of Draft. But, the Los Angeles Lakers acquired him in exchange for a 2020 second-round pick and cash considerations. So, the rookie got a chance to play in one team with NBA stars LeBron James and Anthony Davis. The ESPN reporters gave an NBA comparison to Talen, and it was Jordan Adams.

On July 13 General Manager Rob Pelinka announced that the club signed Horton-Tucker. The Lakers were aware of the rookie's injury when he was drafted. Later, the player was not able to play during the California Classic due to a stress reaction in his foot. It was expected that he would recover in time for the Las Vegas Summer League.

There is nothing known about Talen’s relationships. As for 2019, he was a rising star, who wasn’t involved in a lot of love affairs. He kept his personal life in secret.