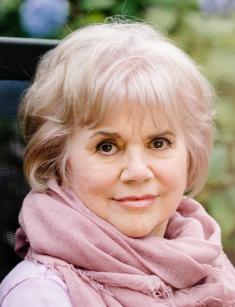 She is a talented vocalist who is highly recognized by the public and critics. She is well-known for the mix of musical genres and outstanding performance in various styles.

She spent her early years in the cattle ranch, which her grandmother owned. Her family often moved to Mexico, from where they were initially. They knew a lot of families in Mexico, that's why she became a witness of two cultures' mix. Her vocal talent was transparent, and she spent all the time singing or playing the guitar. Linda had gifted parents, her father had a beautiful baritone, while her grandfather was a member of the brass band. Her aunt was also musically gifted. She specialized in the traditional music of Mexico and Spain.

As a teenager, she formed a band with her siblings. Their group was demanded at local clubs. In 1964 she enrolled the university. However, Linda decided to drop out soon to build a musical career.

At the beginning of her career, the young lady specialized in folk-rock. She got used to performing as a member of the band, that's why she decided to join forces of two other young musicians, she became the lead singer of a folk-rock trio. The group was somewhat successful and demanded. They toured with other famous bands around the country and appeared on numerous TV shows. In 1969 the members of the band had parted ways, and the singer began acting solo.

As Linda remembered, it was painful to experience to perform alone as she hadn't owned songs. She began to experiment and record her first songs.

According to the recent documentary, which was released in 2019, the singer confessed that she felt lucky about her life and career. Most of her dreams came true. By 1973 she released four albums, and in 1974 she got her first Grammy award. She gained wide popularity, which made her one of the wealthiest rock musicians by the end of the 1970s.

The situation hadn't changed in the following decade, and Linda remained the music queen in the 1980s. She continued to gain award after award and nomination after nomination. However, that time the vocalist wished new experience. She tired herself taking part in operetta on Broadway. Besides, she wanted to experiment in genres. In the 80s, she sang rock, pop, folk, the country as well as light opera. The singer released the album in Spanish.

After turning fifty, the vocalist's voice began changing. That was the reason of the new challenge for the singer. She recrafted her singing style trying to do best what she could. Through her career, she collaborated with the number of artists and appeared on the number of TV shows. The singer’s image was as popular as her performance. However, sometimes the media depicted her as "hot mamma," which was far from the real Linda. In 1977 she appeared on the cover of the famous journals. She wore a short red slip. Later the singer felt deceived by the photographer as she didn't expect that the cap would be so revealing. She hated her image and suffered from a lack of identity.

In 2009 the singer performed her last concert. Later she announced her retirement in the interview. In 2012 she told that she could sing anymore due to Parkinson's disease.

Today the singer lives with her son in the Bay Area. She has got two children though the singer hasn't been married. She adopted a daughter in 1990 and a son in 1994.

In the 70s, her private life was extremely public. She dated a famous politician, the government of California Jerry Brown. The vocalist met him at the restaurant. They had a long romantic relationship. Besides, her boyfriends were the actor Jim Carrey and the director George Lucas. In 2013 the singer released the musical memoir. She calls herself a spiritual atheist. Her net worth is estimated at $130 million.

The 73-years-old singer became a real phenomenon in the music industry. She could genuinely sing in different music styles, from pop music to opera. She was named the voice of a generation and has received the highest accolades. She has got ten Grammies.