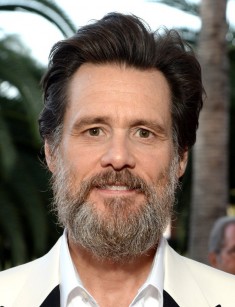 Actor Jim Carrey is one of the best comedians of our time. Carrey took a unique niche in Hollywood and for many years pleased the viewers with amusing roles. But despite the constant humor in the cinema, the biography of Kerry is hard to call fun and easy. The actor's way to success was thorny and full of failures, which the movie star passed with dignity.

James Eugene Carrey was born in early 1962 in a large family in Newmarket. Jim became the fourth child in the family of Kathleen and Percy Carrey. The family was not very rich. The mother of the boy once worked as a singer but was forced to do become a housewife and to raise children, so she never returned to the profession. His father was a successful bookkeeper and the family breadwinner.

Since childhood, the future movie star loved to entertain people around with parody. Jim made funny faces, which invariably caused smiles on the faces of his classmates and teachers. Jim recorded it on the camera, and when he collected more than 80 videos, he sent it to a popular.

Carol Burnett Show. At that time, the boy was 11 years old. However, Jim received neither the invitation to the TV program nor a response to his letter.

The actor's family wasn’t rich, but the boy experienced real problems with money at the age of 14. Jim’s father was fired from his job, and the family had to travel the country in search of a job. The family stopped in a suburb of Toronto, where Carrey Sr. got a job as a security guard. Alas, his father’s salary was too small, and the children also had to work as cleaners. At the same time, the young comedian faced his first disappointment in the professional field. Father brought his son to the local club "Yak-yak", where Jim had the opportunity to perform on the stage. The audience didn’t like the performance of the future Hollywood star. After that, Jim stopped performing.

Fortunately, the father found another job. The family had to live in the trailer, but it was a small price for liberation from the disrespectful work. Jim went to the Aldershot High School and gradually became more sociable and also found a job at a steel mill.

In 1979, the future actor, without a musical education, founded the band "Spoons", playing in the style of "new wave." Also, Jim returned to the stage again to the same club that he left with disgrace a few years ago. Young, beautiful and tall (the height of the actor is 187 cm), the young man could become a musician or a romantic actor, but Jim did not forget the dream of a comedy. This time the audience was more supportive. Litrays Spivak became his manager, who made him a real celebrity of the club.

People from all over Toronto came to Jim’s performances. Critics called the actor a star. On the stage of the club "Yak-yak", Jim was noticed by another famous comedian Rodney Dangerfield and offered to perform at his "opening" in Las Vegas. Jim agreed but worked with Rodney for a very short time since Kerry went to Hollywood. So Kerry was in Los Angeles, where he began to work in a humorous club "Сomedy Shop" and visited all available auditions.

Carrey made his debut on television in the humorous stand-up show "An Evening at the Improv" in 1982. After some time, Jim was invited to the night talk show "The Tonight Show". But the future actor dreamed of starring in films. In 1983, Jim's dream almost came true. Carrey was offered to star in the role of a young comedian in the film "Rubberface" and in "Copper Mountain". Both films were planned to be low-budget.

In 1984, the artist was invited to the children's animated sitcom "The Duck Factory", which was closed a month later. But during the existence of the show, it gave Jim a lot of useful acquaintances and was noticed by Hollywood directors. Then Jim met the director Clint Eastwood, who invited a comedian to his club to parody him and other famous people. For some time the actor worked in the club but later said that he did not want to become famous making parody of others.

Success and first world fame for Carrey came after starring in the comedy "Ace Ventura: Pet Detective " in 1993. The film received mixed reviews. From the very beginning, the film had problems: the most famous comedians refused to participate in the comedy, and Jim agreed to the role only with the condition of a complete reworking of the script and the image of the main character. The picture was very popular with the audience. Carrey received the first award "MTV Movie Awards." But the critics were not so supportive: the actor was awarded the "Golden Raspberry" as the worst new star.

The next films starring Jim could not leave even the critics indifferent. The films "The Mask" and "Dumb and Dumber" became world hits. The new Hollywood star appeared. Carrey played in the movie "The Mask", where the protagonist turns into the green god Loki.

Since 1996, Carrey became the star of Saturday Night Live, where he made humorous sketches and music videos. In sketches, Jim Carrey paradises popular films, celebrities, and himself. The actor dances disco, ballet and plays a tourist, a singer, rescuer or fitness coach.

A sketch from the series Roxbury Guys Viral became popular, which often appeared under the title "What is love?” Jim Carrey with Will Ferrell and Chris Kattan played three brothers who couldn’t meet girls at parties. The action takes place mostly in the car. The men visit a lot of parties. The audience liked the sketches so much that the film "A Night at the Roxbury" was shot.

In the big movie, the actor's iconic role was the role of Fletcher Reed in the movie "Liar, liar", released in 1997. In order to play this role, Jim refused another equally interesting film "Austin Powers: International Man of Mystery." It is interesting but this was the first film, where the audience could see the natural color of the hair of their favorite actor. Before that, Carrey played in wigs or with hair of wild colors. The film brought the actor the second nomination for the Golden Globe and the next award of the MTV channel.

Carrey has become very famous as a comedian. Most of the roles played by the actor have a humorous overtone. In 1998, Jim Carrey played the main role in the drama "The Truman Show." Carrey's hero is a man who has learned that his whole life turned out to be a reality show. Truman sometimes makes jokes and grimaces but this is definitely a dramatic character.

In 1999, Carrey played in the biopic about the life of the comedian Andy Kaufman. The film showed the tragic side of the comedian’s life that seemed funny to others. In 2000, Jim Carrey returned to the genre of comedy that brought him popularity. He played a police officer with a split personality in the film "Me, Myself & Irene." In 2003, the actor played one of his best roles, a man who received divine powers, in the film "Bruce Almighty."

In 2007, Jim again decided to make an experiment and starred in the mystical thriller by Joel Schumacher "The Number 23". Alas, but critics again did not like the actor's game and nominated Carrey for the "Golden Raspberry".

Another atypical role for Jim was the role in the drama "I Love You, Phillip Morris," where Carrey played a gay Steven Russell. The film had many problems, because of frank scenes, the film was refused to be shown in the cinema, but still, the film was released in 2010. Fans and critics reacted to the project coolly, and Carrey again returned to comedies.

In 2014, the actor appeared in the comic action movie “Kick-Ass 2”, where he played the leader of the followers of the main character, self-proclaimed heroes in masks, Colonel America.

In 1983, Carrey had 8-months-relations with the singer Linda Ronstadt. But the relationship did not work out and the couple broke up. In 1987, the actor met, and later made an offer to the former actress and waitress of the "Comedy store" Melissa Womer. In September of the same year, their daughter Jane Erin was born. Unfortunately, the couple quarreled and in 1995 they divorced. Carrey had to pay his ex-wife $ 7 million compensation.

The divorce seriously affected Carrey's mental health; the actor had a depression and took antidepressants, which soon ceased to help the artist. Then Jim took a step towards a healthy lifestyle and went in for sports, replacing antidepressants with vitamins.

Carrey remarried a year later. The actress Lauren Holly became the comedian’s wife; this marriage was also short: in 10 months the couple divorced. In the future, Jim had relations with famous ladies of Hollywood: the actress Renée Zellweger and the model Jenny McCarthy.

In February 2010, Kerry became a grandfather. The daughter of the actor Jane gave birth to a boy Jackson Riley.

Carrey tries to star in serious drama films. Fans associate this with Carrey's age and with the fact that the actor does not want to remain a hostage of one role.

In September 2016, there was a premiere of the romantic thriller "The Bad Batch", starring Jim Carrey.

In October 2016, there was a presentation of the crime drama with Carrey "True Crime" at the Polish festival.

The actor is working on the comedy "Ricky Stanicky". There is no official date of the premiere of the comedy. The plot of the story tells about two friends who invented a friend Ricky. Already in adulthood, friends have to hire an actor to this role to convince others that they have not lied to relatives since childhood. 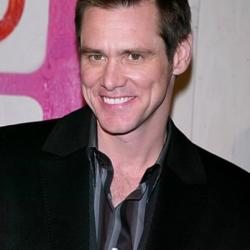