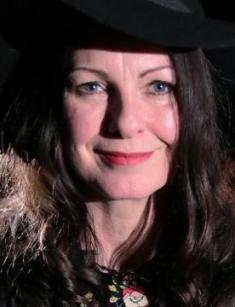 Sam Brown is a popular singer and songwriter whose hit “Stop!” is often performed at music shows. Not everybody likes the artist’s unique manner of singing, though. Samantha is one of the few singers who preferred artistic satisfaction to fame and journalists’ attention.

Samantha Brown was born on October 7, 1964, in London. The girl’s family predetermined her future: her parents were famous musicians. The father, Joe Brown, worked as a guitarist and owned The Grange recording company; the mother, Vicki Brown, was a highly demanded vocalist in the 1970s.

Just like many artists, the Brown family welcomed friends and colleagues in their house; little Samantha could talk to Steve Marriott from Small Faces and David Gilmour from Pink Floyd. However, the girl felt lonely sometimes: when adults gathered together, they paid little attention to her. At this period, Brown fell in love with poetry and tried to write her own lyrics. She created her first song, “Window People”, at the age of 14.

Sam had no precise plans for her future profession. Music seemed natural, and the young woman worked as a vocalist of the National Youth Jazz Orchestra for a while. The parents and their friends helped the young talent take her first steps.

In 1977, the beginning singer collaborated with the group Small Faces and recorded a backup-vocal party for the album In The Shade. Further on, Sam and her mother were backing for Steve Marriott’s solo disc.

Sam had every opportunity to develop her abilities: she could record songs in her father’s studio, and the parents were always there to give advice. However, the young woman wanted to be independent and paid for her debuting demo; she found a studio in a phone book. Sam’s friends, the guitarist Robbie McIntosh and the keyboard player Wix, helped her record the next songs.

The backup vocalist used to collaborate with many stars, such as Barclay James Harvest and Spandau Ballet. In 1986, the label A&M offered her a contract, and Sam started recording her first album; she had to ask her relatives for assistance. Although her relationship with the brother Pete was not friendly, the singer asked him to produce the disc. The relatives’ business interaction worked out well; the album Stop! was released in 1988.

The single from the album succeeded in English music charts and proved to be popular on German and Dutch radio channels. The audience remembered the music video: Sam was a gorgeous blonde wearing red, and her bright, emotional vocal mixed well with her beautiful look.

Stop! was notable for various genres: Sam intuitively combined jazz, dance motives, and rock. The audience appreciated her experiment: 2.5 million copies were sold; critics called it the best release in the artist’s discography later. Brown purchased two houses on the money she gained.

In 1990, fans welcomed the new disc, April Moon, but only 500 000 copies were sold. The 1993 album 43 Minutes was even less popular. The explanation was simple: few listeners comprehended Sam’s style; besides, the singer’s personal problems interfered with her career.

Although A&M suggested changes in the upcoming album, the singer rejected them and split up with the label. Sam did not see any problem in the decreasing popularity and founded her own recording company, Pod, to avoid work with producers. She bought the rights on 43 Minutes and re-released the limited edition. It did not succeed.

Brown continued to perform as a backup vocalist; one could hear her in Black’s “Fly Up to the Moon”. The woman also collaborated with Deep Purple, Pink Floyd, and George Harrison; the duets with Fish and Jools Holland were popular.

In 1997, Demon presented the singer’s album Box; 17 000 copies were sold. At the same time, Sam Brown was giving many concerts and attracted many new fans. 2000 was marked with the album Reboot.

In 2003, the artist co-worked with Dave Rotheray and Jon Lord. Three years later, she had a tour in Great Britain; her father supported the event as a guest star.

Fans noticed an exciting abbreviation: the first letters of the musician’s albums were “SAMBR”. In 2007, Samantha took a poll on her personal website and asked fans to choose the title for the new album. Of the Moment came out the same year.

It was more important for the woman to develop as a songwriter and composer rather than be a celebrity. Sam’s initial idea was to create music for herself and fans.

In 2008, the media announced that Brown lost her voice. As a result, the singer finished her concert career and stopped recording new songs.

Personal issues have always had an impact on the singer’s music. Samantha did not hide happy or sad moments from fans. When Brown was working on 43 Minutes, her mother was diagnosed with cancer; the news darkened the recording process. The woman died in 1991.

The artist confessed in her interviews she wanted to share her emotions and inner turmoil while producers wanted new hits. Brown often performed the songs from that album in churches: they were relevant and touched church-goers’ feelings.

The parents were significant for Samantha. When she created her own family, the singer tried to give her husband as much warmth and care as possible. The British producer Robin Evans who worked with Dodgy and Manic Street Preachers became her partner. He knew what his wife had to go through: the man was involved in the same sphere and helped her sometimes. However, the couple divorced.

The musician’s children followed in the footsteps of their parents and chose artistic professions. The son, Mohan, is fond of music; the daughter, Vicki, chose photography. Samantha often shares her kids’ achievements on Facebook; she also posts her own pictures sometimes.

The singer and her family live in a Scottish village. Friends and musicians are welcome in their house, just like it was in Samantha’s childhood.

Although the artist rarely gives concerts today, she continues to perform as a backup vocalist and session singer.