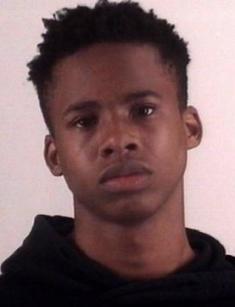 Some rap songs about dirty money, drugs, shooting, and wild parties are not works of fiction: they are based on true stories.

The black American rapper’s short and stormy life has been full of such events. In 2017, The Fader called his song “The Race” the best hit of the year. However, the young man can face the death penalty soon.

Taymor Travon McIntyre was born on June 16, 2000, in Long Beach, California. His parents were the members of the Baby Insane Crips gang; more than 60 000 people, mostly the black, belong there today. Many famous rappers, including Snoop Dogg, came from this gang.

Little Taymor rarely saw his father: the man spent many years in prison. The boy’s academic success at school was poor, and he was expelled. However, he made friends with two peers and future colleagues in the group Daytona Boyz.

When the musicians presented the debuting song, Tay-K was 14. Although Daytona Boyz became famous in small circles soon, they did not exist for a long time. When the young people finished a concert, they were driving around and picking up girls. The evening ended up tragically: the eldest band member shot a 20-year-old student in the head. He was sentenced to 44 years of prison. The second young man was also imprisoned. Tay-K, who had been at the back seat when the accident happened, got away with a verbal warning.

Luck did not always accompany the rapper. In March 2016, he presented the song “Megaman” and joined the band that committed a robbery and murder. 16-year-old Taymor was grounded: the judge needed a break to understand whether he should be prosecuted as an adult or an underage. The former decision could lead to capital punishment.

Tay-K got rid of an ankle monitor to escape to another city with his accomplice. While the partner was caught eventually, Taymor fled again. Soon, he murdered another person; a traffic camera recorded that moment. Besides, the criminal beat a 65-year-old man.

The young man was hiding from the police for three months and presented the song and music video “The Race”. The recent events about his chasing were included; Taymor appeared with a real gun in front of a camera. The video received more than 100 million views on YouTube; it was included in Top 50 of Billboard Hot 100 and other music charts. Colleagues and fans were spreading the video on Instagram and Twitter with the #freetayk hashtag.

Fetty Wap, Desiigner, and Lil Yachty were among the musician’s supporters. They posted pictures with Tay-K on their pages and presented remixes to his songs. Critics also appreciated McIntyre’s artistic honesty and truthful lyrics.

Imprisoned, the musician presented the mixtape Santana World consisting of eight songs. The overall timing was only 16 minutes: Tay-K’s tracks are notable for their shortness. “The Race” was the lead song; the disc also included “Lemonade”, “I Love My Choppa”, and “Murder She Wrote”.

The police caught Tay-K the same day the song “The Race” was released. The court made the final decision to treat the rapper as a person of legal age; he may be condemned to death; the evidence supporting the offense was being searched.

On May 24, 2018, it was announced that a life-long sentence or death penalty did not threaten the rapper. Tay-K’s accomplice, Latharian Merritt, was sentenced to life two days later: he had pulled the trigger and murdered the victim.

On August 2, 2018, the rapper was accused of possessing a forbidden item in a cell: he was hiding a mobile phone in a sock. McIntyre was transferred to Lon Evans Corrections Center; he spent an hour in a gym and 23 hours a day in a solitary cell.

The musician was also involved in two legal procedures related to earlier murders. In summer 2018, the relatives of Mark Saldivar (the San Antonio shooting victim) filed a wrongful death lawsuit seeking a million dollars as compensation. At the same time, the families of Ethan Walker and surviving Zachary Beloate sued Tay-K and 88 Classic for the benefits after the former victim’s death.

The same year, in spring, it was announced that Taymor’s collaboration with the label Classic 88 brought him about $600-700 000. While in prison, the artist continued to create music and presented the song “Hard”.

The rapper’s lawyer kept optimistic throughout the whole process. Tay-K promised officially he would stop robberies if he would ever be released; he did not say a word about murders, though.

McIntyre has never kept secret the details of his personal life: one can see them in his lyrics.

At the end of spring 2019, the artist was accused of another crime: the young man and his friends beat 65-year-old Owney Pepe half to death and robbed him when they were fugitives.

The tragedy took place in an Arlington park. Considering the previous legal problems, McIntyre may have to face a life sentence. New circumstances related to the case are only making things worse.

Tay-K’s net worth is unknown.