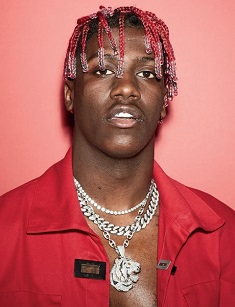 Lil Yachty’s real name is Miles Parks McCollum. He is the native of Mableton, a small town with a population of about 37,000 people, located in the state of Georgia. He was born there in 1997. Nowadays he is one of the most interesting, most offbeat rappers of the era. He received wide acclaim in 2015, released his first singles “One Night” and “Minnesota”. All in all, in 2016, Lil Yachty issued two mixtapes, two EPs, two singles and was a featured artist for eight times.

Other rappers highly estimated those works, and Lil Yachty got recognition among them. The rapper has released three studio albums and announced the appearance of two others. He worked with Post Malone, Migos and Young Thug. Nowadays Lil Yachty is signed to Quality Control Music. Also, he is the owner of the online clothing store. His net worth is estimated to be roughly $8 million.

Unlike many other modern rappers, Miles Parks McCollum was lucky to be born in a good full family. He was born on August 23, 1997. His father was a photographer; however, he liked different types of music. That’s why he began to inculcate in Miles an interest to music. They had listened to all sorts of popular music before Miles became inspired by rap. He studied at Pebblebrook High School in the Cobb County School District in Mableton. It was the local center for excellence in performing arts.

As a kid, he was bullied at school for his hair. Miles had real, long black braids. He began earning his first money when he was in 11th grade. Miles got a job at McDonald’s. His mum made him cut his long braids before his first working day. But after it, she advised Miles to dye his hair red, because all the employers had colorful hairs.

Since then, Miles didn’t change the color of hairstyle. In 2015 Miles entered the Alabama State University, where he spent only two months, and then dropped it out that to move to New York City. He took a stage name “Lil Yachty”, and began doing his first steps in a complicated music world. He said about his dropping out of college:

"All around me used to always laugh at my hair and stuff like that. I just remember being in social studies, or world geography, and the teacher was talking. I was in the back, and the lights were off, and it just felt like, “Wom, wom, wom, wom”. People were asleep, people were texting, and I was just like, “This is doing nothing. What am I doing?” I was dumb broke. I was so broke, and I remember walking home, and I called up my friend, and I was like, “Man, I don't want to be here”. I went back to my room. I packed up everything I could take. I left my TV. I had a brand new like 40-inch flat-screen... I left,".

Before he was famous, Yachty decided to concentrate on the development of Instagram account. He found friends among online street fashion personalities. Later he started to work with Burberry Perry, producer and beat maker, and K$upreme, rapper.

They founded a trio, called “The Sailing Team”. They created their songs in Yachty’s bedroom. In December 2015, big success came to Lil Yachty. One of his first singles “Minnesota” appeared on the radio, and later the rapper released the other single “One Night”, which was downloaded on the Internet. “One Night” became viral, Lil Yachty got into the spotlight of the musical public.

In February 2016 young rapper, who had friends in the fashion world, became the model of Kanye West’s sweat line. One month later he issued his first mixtape “Yachty Lil Boat”, and in June he announced the foundation of a joint venture in cooperation with three big record labels.

Already in July, the second mixtape “Summer Songs 2” was released. His red hair became the main feature of his image. In 2016 the young rapper also was a featured artist in a single of British singer Charli XCX “After the Afterparty”. On May 27, 2017, Lil Yachty issued the first album recorded in the professional studio “Teenage Emotions”.

It included 21 tracks, some of them featuring Migos, YG, and Diplo. The album was met with rather high estimates and good reviews from critics. In 2018 the young rapper issued two other studio albums. He worked with Offset and Quavo, 2 Chainz, Lil Pump, Trippie Redd to release some tracks from “Lil Boat 2” and “Nuthin’ 2 Prove”. Both the albums received mixed reviews from critics. The top hits of the native of Mableton are “Wanna Be Us”, “Good Day”, “Mase in ‘97”, “Broccoli”, and, of course, “Minnesota” and “One Night”.

Lil Yachty has already proven that he is one of the most interesting, most offbeat rappers of the era. Considered a bit of an oddball, Lil Yachty has easily distinguished himself among a crowd of young rappers. Lil Yachty was one of the most talked about young stars in the hip-hop scene, and he has been an unstoppable force ever since. He has already proven that he can craft incredibly complex lyrics. His music style is described as mumble rap, which is largely spread nowadays.

However, the rapper himself defines his style as “bubblegum trap”. His top songs are full of sampled sounds from PC and console games, from cartoons and Pixar movies. There is the other opinion about his music style. Rolling Stone defined it as “catchy, intentionally dinky-sounding tunes packed with off-color boasts delivered in a proudly amateurish singsong”.

"Fun, hook-first pop rap oblivious to songcraft and structure that doesn't take itself too seriously, with very little interest in legacy and even less in rap canon", - such characteristic was given to Lil Catchy’s music by The Guardian.

Lil Yachty was one of a few rappers named by Eminem on his surprise project Kamikaze. According to Em himself, the Yachty’s mention was not explicitly a "diss," it wasn't exactly a compliment either.

Yachty has a younger sister, Kodie Shane, who is a singing sensation herself. The rapper is still working on making music with friends. Also, the young rapper participated in some advertising campaigns. He was connected to Sprite, Nautica and Urban Outfitters and Target Corporation. In 2015 Miles was found with 14 fraudulent credit cards at The Gardens Mall in Palm Beach Gardens, according to a Palm Beach Gardens Police arrest report.

He was booked into Palm Beach County Jail and was accused of face fraud, forgery, and counterfeiting. McCollum was released after posting $11,000 bail. He doesn't act like a star in everything. For example, Lil Yachty doesn’t take drugs.

Lil Yachty is a fan of Gucci Mane, who famously wore a Bart Simpson chain for a few years back in the day and even rapped about it on his song “Iced Out Bart.” Lil Yachty is now trying to pull off something similar. Of course, the chains aren’t exactly the same. For one, Lil Boat’s pendant is a little bit more three-dimensional, and two, Yachty’s version of Bart has the same hairstyle as its owner.

There is no information about Yachty’s love affairs. However, in March 2019, there were gossips, what he was dating Bhad Bhabie. After Yachty gifted her a $53,000 chain for her 16th birthday, people began speaking about their relationships. Later the rappers reacted harshly to these rumors and denied them.