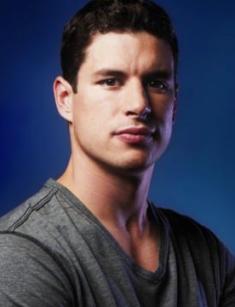 Sidney Crosby was born on August 7, 1987, in the family of a goaltender, which explains his passion for ice hockey. However, unlike his son, the father has never had a chance to play for the NHL.

According to the hockey player, Sidney began his ice hockey career in early childhood. Sidney Crosby said in an interview that he first took a stick at the age of two. It happened in the basement of the family house. There was a dryer near the so-called net. After a couple of shots of the future striker, the device was made inoperative.

At the age of three, Crosby Jr. learned to skate. Soon, the boy began to train in a junior school, and at the same time, he played tennis.

Sidney Crosby began his sports career in 2003 when the athlete first played for the Rimouski Océanic of the QMJHL. Crosby played in the national team for two seasons, becoming the top scorer and best player.

In the summer of 2014, Crosby was offered a contract to play for Hamilton. The athlete was supposed to play in the team for three years for $ 7.5 million. The 17-year-old hockey player turned down the deal. Sidney said that he was not yet ready to play in the NHL. The athlete played cunning because the hockey player got himself talked about for two years in the Junior League. Wayne Gretzky even said that only Sidney Crosby could break the NHL records.

Crosby debuted in the NHL in the 2005-2006 season. The young man was lucky to play in 20 games alongside NHL legend Mario Lemieux. Due to injuries, Lemieux was forced to retire in the midway point of the season, but Sidney had already broken his records by this time.

The next season was marked by new victories and a new status. In May 2007, Crosby became the captain of the Penguins. At that time, the hockey player was not yet 20 years old. At the end of the season, Crosby signed a $43.5 million contract with this club, ensuring his stay with the Penguins until the summer of 2012.

The 2007-2009 period was difficult for Sidney Crosby. Crosby suffered an ankle injury in one of the games and had to miss several games. Another injury and missed games were quick to follow.

The team was unstable, so the owner decided to replace the head coach. Michel Therrien was replaced by Dan Bylsma. The Penguins' game has become more confident. At the end of the season, Crosby finished third in league-scoring.

Crosby led the team to the Stanley Cup final twice. The first time, the Penguins lost, but a year later took revenge in a 4 – 3 victory. Both times, Penguins met the Detroit Red Wings. At the 2010 Olympics in Vancouver, Sidney scored the game-winning goal in the gold medal game against the United States, and four years later he repeated this success at the Olympics in Sochi and won a second Olympic gold medal.

In the 2013-2014 season, the hockey player's deal with the club expired, but Sidney Crosby renegotiated the contract, and became one of the last athletes to use a loophole in the law and conclude a 12-year contract (now, players are limited to signing a maximum eight-year deal), while the salary of the famous hockey player increased from $ 9 million to $ 10.9 million

They say that Crosby is equally good in attack and defensive action, the athlete has a high level of vision of the site and quick reflexes, going on strike positions. The hockey player's strengths are good skating, but an increased propensity to injury and an explosive nature are his weak sides.

From 2005 to 2010, Sidney Crosby lived in the house of Mario Lemieux and then acquired his own home nearby.

The hockey player is not married, and he says that it is difficult for him to find a girlfriend who can understand and share his life. The ideal woman is a friend who can understand the absence of the hockey player and does not use him only for money. Sidney Crosby is not a womanizer; the press has not written anything about the athlete's love affairs.

From 2008 to 2009, the athlete dated American Kathy Lautner. His girlfriend was engaged in the modeling business, which was the reason for Sidney and Kathy's relationship to be in the public eye. Subsequently, the couple broke up.

The ice hockey player does not tell about his personal life, does not have an account on Instagram or other social networks, so it is difficult for fans to find news about the athlete's life.

In addition to ice hockey, Crosby produces his own clothing line, collaborating with Reebok. The athlete says that his family helped him to came up with designs, and it was an exciting experience. Sidney loves expensive cars, good wines, and computer games, though he usually plays them on a plane.

The hockey player prefers to spend his free time on the shore of a lake or river. The athlete loves places where there is no hustle and bustle of city life, but there is a calm atmosphere, nature, and a sense of peace.

In 2016, the athlete joined the Canadian national team again, this time to participate in the World Cup of Hockey in Toronto. Crosby was, as usual, a captain and led his team to victory. Sidney Crosby was recognized as the top scorer and named the Most Valuable Player at the World Cup.

In 2017, the hockey player was invited for the second time to participate in the NHL All-Star Game. It is an exhibition game in which the League's star players participate. He already participated in this event in 2007, which made Sidney the youngest player to be named to the NHL's First All-Star Team.

In 2017, Crosby's Pittsburgh Penguins were unstable, alternating wins and losses. Although Sidney Crosby is a legend of the club, experts say that the hockey player has been giving up ground. However, such conversations did not prevent the athlete from concluding a contract with the club in 2013 and improving its terms.

However, in 2018, the team overcame difficulties and began to gain ground. But Crosby was no longer the club's star because Russian hockey player Evgeni Malkin could outperform him. Malkin was even named the best player of the game against the Detroit Red Wings.

Sidney Crosby has an estimated net worth of $55 million.