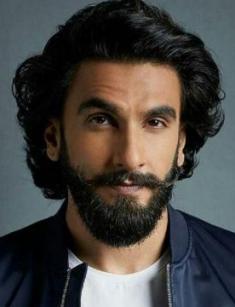 Ranveer Singh is a popular Indian actor who started his career in Bollywood as an assistant director. He looked for his place in the film industry for a long time, until fortune smiled at him during the casting for the movie Band Baaja Baaraat. Now he is successful and, like all stars, attracts the attention of fans and journalists. He is considered to be an energetic and positive person who does not have a superiority complex. He is ready to talk about movies for hours, even after the most exhausting day.

Ranveer was born on July 6, 1985, in Bombay, in a wealthy family. His father, Jagjit Singh Bhavnani, is an entrepreneur who sells automobiles and successfully runs leathercraft, hotel, and medical business. His mother is Anju Bhavnani, a housewife. Thus, there is little information about the woman. The family has two children. Ranveer also has an elder sister, Ritika. They have had a warm relationship since childhood.

His full name is Ranveer Singh Bhavnani. The actor dropped his surname, considering that a short version would be more memorable. His grandmother was the first person who noticed little Ranveer's acting talent. At the age of 6, he began dancing to the song "Chumma Chumma" from the movie Hum, starring Amitabh Bachchan, to entertain the woman.

Young Ranveer participated in school productions and debates. He liked the thrill of performing that he experienced on the stage. After graduating from school, she entered H.R. College of Commerce and Economics in Mumbai. He did not give up the dream of becoming an actor, but the man understood that it was not easy to start a career in the film industry. Appearance and desire are not enough; it is necessary to have a proper education.

He went to the USA and entered Indiana University, where he took acting classes and took up theatre as his minor. After receiving his Bachelor of Arts degree, he returned to Mumbai.

For a while, he worked as a copywriter, then as an assistant director in Bollywood, but left this work to pursue acting. At the same time, he began to attend auditions, where he was turned down or offered minor roles. Ranveer says that it was a gloomy and unpleasant period. Then his heart was filled with doubt.

He made a breakthrough in his acting career in 2010, after a successful casting for the leading role in the movie Band Baaja Baaraat. Anushka Sharma also starred with him. Singh played Bittoo Sharma, an ordinary guy from Delhi. To play the part, Ranveer spent time with students at the Delhi University campus. When the movie was released, it became clear that Band Baaja Baaraat was a commercially successful project.

For this role, Singh won the award for Best Male Debut at the Filmfare Awards. After two years, Ranveer took part in the shooting of the movie Lootera, which also featured actress Sonakshi Sinha. Despite the positive reviews from critics, the project was a box office flop.

In 2013, another movie with the participation of Singh was released. It was Goliyon Ki Raasleela Ram-Leela directed by Sanjay Leela Bhansali. Deepika Padukone starred in the project, alongside the rising star of Indian movies. For the role of Ram, Ranveer first received a Best Actor nomination at Filmfare.

The following year, Singh was invited to shoot in the movie Dil Dhadakne Do, in which he got the role of Mehra, the youngest sibling of a Punjabi family. The movie was commercially successful worldwide and brought in a good return.

The same year, the actor and Deepika Padukone played in the historical drama Bajirao Mastani. The creators prepared for the film production for 15 years, so they had high hopes for the cast.

Ranveer admitted in an interview that he did not immediately get into the role. He had to work hard to improve his voice and body movements. To prepare for the part faster, he shaved his head, although he had to do it much later. Singh locked himself in a hotel room for three weeks to portray Bajirao. The efforts were not in vain. Ranveer Singh won the Filmfare Award for this role.

In 2018, the historical drama Padmaavat was released. For the first time in his career, the charming actor played a negative character, tyrant Alauddin Khalji, who took revenge on the title character after being rejected. Even before the premiere, creators and actors were threatened for distorting the role of Queen Padmavati. In particular, they promised to break Ranveer’s legs.

To prepare for the role of Alauddin Khalji, the actor needed to build muscle (Singh is 5.84 ft. (178 cm) tall, weighing 178.57 lbs. (81 kg)). He trained six days a week, two times a day. Ranveer got into this role and had to see a psychiatrist after shooting.

In 2018, the action movie Simmba, a remake of the film Temper, was released. In 2019, he appeared in the drama Gully Boy about the life of street rappers in Mumbai. Alia Bhatt also starred in the project.

In 2018, fans of Ranveer and Deepika Padukone, the most in-demand couple of the Bollywood film industry, breathed a sigh of relief because the actors got married. They met on the set of the movie Goliyon Ki Raasleela Ram-Leela. For a while, Ranveer hid the name of his lover, although he said in an interview that he was mad in love. In November 2018, two wedding ceremonies were held. They celebrated the first wedding in the villa Balbianello, Italy; the second ceremony was held in India and attended by close friends and relatives.

The actor and his wife have official pages on Instagram and Twitter, where they post advertising photos, as well as promotional materials. The couple does not have children.

Now the actor is preparing to shoot in a new movie, the sports drama 83 directed by Kabir Khan about the Indian national cricket team, which won the World Cup in 1983.

Singh posted on Instagram a photo of training with Kapil Dev, whom he portrayed in the movie.

Ranveer Singh has an estimated net worth of around $30 million.