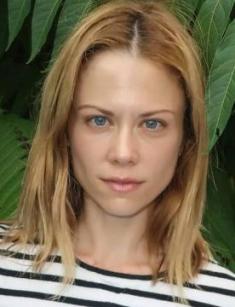 The star of the series Grimm, Claire Coffee is a popular actress today. The thriller The Sisterhood starring the artist was premiered on May 31, 2019. As the story runs, Ashley Shields has to face many ordeals after her mother’s death and divorce; she follows her sister’s recommendation and enters a women’s community. Life is full of happy changes, but things do not come for free: everything has its price.

The future actress was born in April 1980 in San Francisco. One can see many childhood photos of the celebrity on social networks: the girl and her sisters are having fun in Disneyland or spending time on a beach, wearing colorful swimsuits.

Little Claire showed much interest in theater; she participated in the play King and I at The Mountain Play Theater Company’s. However, the family did not expect the hobby to turn into a career but abstained from advising against it. The young woman enrolled at Northwestern University to study drama.

Speaking of her past, Coffee mentioned a classmate left a rose on her desk, but she threw it away: excessive attention made her nervous. Things have not changed much since then: when people are intrusive, the actress feels pretty much uncomfortable.

Claire debuted on the screen in 2001 and appeared in an episode of the series The Mind of the Married Man. Three years later, she gained a significant role in The West Wing.

“The West Wing was really important for me for a lot of reasons. It was the first thing I did when I got out to Los Angeles. I’d just finished school, and I was so naïve”, Claire told journalists.

Soon, the artist enjoyed numerous invitations. She participated in Cold Case, Bones, Strong Medicine, Death Row, and CSI: Crime Scene Investigation. In 2011, the woman joined the cast of the series Grimm starring David Giuntoli and Sasha Roiz; she was given the role of the witch Adalind Schade.

Claire Coffee married the musician Chris Thile on December 23, 2013. Their only child, Calvin Eugene, was born on May 2011; the boy was named after his grandfather.

It was not Thile’s first marriage – the designer Jesse Meighan used to be his wife, but the couple divorced 18 months after the wedding.

Although the actress is registered on Twitter and Facebook, those pages have not been updated for a long time. One can find the recent pictures from vacation and social events on Claire’s Instagram. The star loves to ride a bicycle and go to restaurants to try new dishes. The latter hobby does not seem to make any difference to her slimness: the woman’s height is 5.35 feet (163 cm.), and her weight is 121.25 lbs. (55 kg.).

In 2018, fans could enjoy the actress’s acting in the series S.W.A.T., The Competition, and I Was A Teenage Pillow Queen. 2019 has brought new projects: The Sisterhood and Blocks. Besides, All I Need for Christmas and Lincoln will be premiered soon. The latter project is not about the 16th President of the United States: one will see a retired criminalist and a young detective collaborating to catch a dangerous criminal.