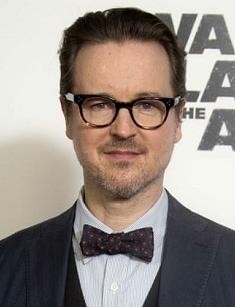 The talented director and screenwriter has a long and memorable list of movies and TV projects which he directed. He is obsessed with movies and has a unique style of producing sci-fi and horor movies.

Since the early ages, Matt demonstrated an interest in cinematography. He was a shy child who had problems with communication. Matt’s obsession with movies became his tool and escape. He asked fellows whether they wanted to make a movie and found friends in this way. He befriended with the boy, who became a famous director in future - J.J. Abrams. Both guys had one but keen interest – movies.

They tried themselves in directing and later often became colleagues and worked at the same projects. He attended the university and during his college years produced student movie which gained critics’ recognition and won the award.

After graduating the university Matt started working at his first feature movie, he wrote the script with Jason Katims. The leading roles in his movie “The Pallbearer” played actor David Schwimmer and Gwyneth Paltrow.

He and his old friend J.J. worked at the popular drama “Felicity” which was nominated for Golden Globes. Matt had directed various TV shows on the small screen for a long time and was established as a top-notch writer working on the projects on the small screen.

In the 2000s Matt began producing and directing feature movies again, sci-fi hit and horor movies among them.

In 2017 he directed “War for the Planet of the Apes.” In the interview, Matt confessed his love for apes and animals in the whole. As a child, he dreamt of being an ape and had enormous ape-related books and dolls. This movie became a box office hit, and his and his young love paid off.

Though there is no exact information about his income on the Internet, Matt remains to be talented and demanded director and his net worth is more than $1 million.

The director will write and direct the movie “The Batman” set in the DC Extended Universe. The composer of the movie will be Michael Giacchino. Robert Pattison was confirmed to play the main character, Bruce Wayne/Batman. Superhero casting was quicker than usual, one of the essential demand was age bracket, as the plot would tell about 30-year-old Batman.

Reeves considered the actor even before casting, and the fact that Pattison avoided big studio franchise made the actor even more attractive for the director. The other important issue is the screen test in Batman costumes. This test helped to find out how the actor’s eyes look and act. The director wanted precise and specific things which he finally found in Pattison.

There is no detail about the plot and other cast members. Oscar-nominated cinematographer Greig Fraser, known for his grounded approach and broad range, has signed on to shoot Matt Reeves’ upcoming Batman installment.

The director is married on the former animator. The director has got a son. He appeared as the orangutan kid in the movie “War for the Planet of the Apes.” He is active on social networks and has got accounts on Twitter and Instagram. His favorite movies are “Star Track,” “Batman,” “Planet of the Apes,” and many others.