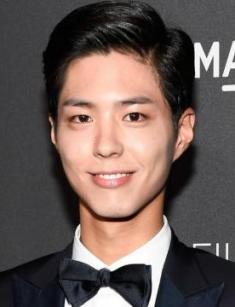 Korean dorama star Park Bo-gum has been among the idols of young people since 2011 when he first appeared in the movie Blind. Since then, the actor has significantly expanded his filmography, in which there were both positive and negative characters. In 2015, Park Bo-gum was on a wave of popularity after starring in the TV series Reply 1988.

Despite his youth, the guy is the owner of more than 25 honorary awards for services in the field of cinema, TV, and music, in particular, the prestigious KBS Drama Awards and Asia Artist Awards.

Park Bo-gum was born on June 16, 1993. Park Bo-gum’s biodata is connected with Seoul, where he became the third child in the family. The actor has a sister and a brother, who are 11 and 9 years older than him. Despite the age difference, the children grew up to be very close. All received Christian education and the actor goes to the Church to this day. It was here that his passion for music began: the Church choir invited the boy to sing, and at the age of five, he started learning to play the piano.

Park went to Seoul Mokdong High School, studied well, was fond of swimming; he even became a member of the school team. In the fourth grade, the boy lived through a tragedy, his mother's death. The loss plunged him into creating even more. The young man began to write poetry and music, finally formed his dream to become a musician.

When he was in high school, Park sent CDs of his songs to all the major creative agencies. Several companies became interested in the talented guy. But Park chose an internship at the agency Sidus HQ and eagerly plunged into working with professionals.

His mentors noticed the young man's acting talent and advised him to try himself in this field. And even though the guy did not have any plans concerning the television, he followed the advice given. The first role of the actor was a cameo one in the thriller movie Blind (2011). Park Bo-gum played the brother of the main character, who dies in a car accident.

In 2012, Park graduated from Schinmor High School and joined the ranks of the actors of the agency Blossom Entertainment. He received a small role in the series Still Picture (2012) and the period drama Bridal Mask (2012). Also this year, he worked on the movie Runway Cop, in which Park Bo-gum played the main character in his youth.

With more and more roles, the acting career of the young man began to take shape. The year 2014 was particularly successful and fruitful. First of all, the guy continued his creative education, entering the famous Menji University, from the walls of which came out many Korean stars. The actor successfully chose the direction, becoming a student of the faculty of musical theater.

Five high-profile projects started in his creative life at the same time, including three feature movies. Park Bo-gum played the supporting role of police Officer Lee Jin-ho in the crime thriller A Hard Day. The next work of the young actor was the action-war movie The Admiral: Roaring Currents. It was dedicated to the events of the legendary Battle of Myeongnyang (XVI century) and the heroic actions of the Korean naval commander Yi Sun-sin.

The movie was an international success and won several prestigious awards at world shows. With this work, Park Bo-gum attracted critical attention to his acting, and his career began to move upward.

The same 2014 brought the guy the first leading role in the drama Wonderful Days. Park portrays the main character in his youth. His character Kang Dong-seok who, on the way to a successful prosecutorial career, has acquired such qualities as snobbery, arrogance, and callousness, returns to his native province, remembers the old days, his first love and gradually changes for the better.

The actor demonstrated his skill of transformation in the series Naeil's Cantabile. Park played cellist Lee Yoon-hoo, who gave up the music career due to a hand injury. For these roles, the artist was nominated for the annual KBS Drama Awards in the category Best Young Actor.

But if in 2014 he was only a nominee, in 2015 he was a full-fledged winner of the award for his role in the series Hello Monster. This time, Park Bo-gum decided to get away from the image of a positive character and played a serial killer. However, despite many awards, the success of the actor could not be called deafening. Only after the central role in the television series Reply 1988 the real star fame came to Park Bo-gum.

Dorama tells the story of the life and adventures of five friends living in the Northern district of Seoul, Dobong. Park played one of them, Choi Taek, a genius player in go (a Japanese board game). The series became so popular that even millions of foreign viewers watched it. Therefore, critics honored Park with a prize in the nomination Best International Actor at the Chinese Music Awards. At the same time, the American Internet resource DramaFever called him the best rising star.

At a time when he was fruitfully working on television, the young actor also debuted in show business. In May 2015, he co-hosted the music show Music Bank with pop star Irene. The audience loved this creative tandem so much that they called it the best in the history of the show. The co-hosts won the KBS Entertainment Awards.

Having devoted more than a year to the career of a showman, Park Bo-gum left the project to give all his strength to the actor's development. Moreover, he was offered an exciting new role in the historical drama Love in the Moonlight (2016). The actor's character was crown Prince Lee Yeong of the Joseon Dynasty. When a girl, Hong Ra-on (played by the actress Kim Yoo-jung), disguised as a eunuch, enters the Palace, the young monarch feels attracted to her and gets frightened by his feelings.

By the way, during the filming of the drama, Park shot a video for the song Boombastic, in which he danced in a historical costume on the Gwanghwamun Square. Also, in 2016-2017, Park Bo-gum took part in the TV show Running Man.

The personal life of the actor is limited by the terms of his contract with the agency. According to it, the young man can't start a relationship, so as not to lose the army of fans, which, as you know, he has a lot. Reporters are trying to find out the facts about his girlfriend, but so far in vain. Fans search Park Bo-gum’s profile hoping to read something exciting about his love life, but there is no such information.

The actor himself admits that he would like to see care, honesty, the ability to create comfort in the house, and, of course, adherence to his Christian views in his future wife. In the meantime, at all parties and gatherings, the actor appears in the company of close friends-musician Kim Tae-hyung and actor Song Joong-ki. Photos of the inseparable trio are often posted on Park Bo-gum’s Instagram and Twitter.

According to different sources, Park Bo-gum's net worth is estimated at a number from $100 000 to $1 million. In 2018, Park graduated from University and began acting in the drama Encounter with star partner Song Hye-kyo.

The actor plays an ordinary guy without a profession and a permanent job. But fate brings him to a wealthy girl Cha Soo-hyun the daughter of a politician, with whom he involuntarily falls in love. The series is now airing on Korean TV with great success and will end in 2019.