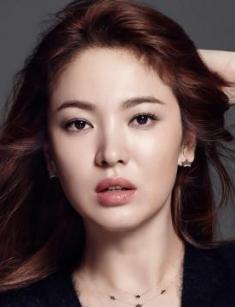 Millions of fans of South-Korean actress Song Hye-kyo call her beautiful, gentle, and charming. For more than 20 years on the screen, she embodied dozens of bright and characteristic images, which proved the versatility of her dramatic talent. The roles of Han Ji-eun in the comedy movie Full House (2004), as well as the image of Kang Mo-Yeon in the television drama Descendants of the Sun (2016), brought the actress world fame.

Song Hye-kyo was born on November 22, 1981, in Daegu, Republic of Korea. There is a curious fact in the biography of the actress: she was born so weak and painful that in the first months, the doctors were not even sure that the baby would survive. And only in February next year the baby recovered. The parents of Hye-kyo put down the happy date, February 26, 1982, as the official date of her birth.

Song's parents divorced when she was little. The girl grew up with her mother, who strongly supported her daughter's desire for creativity. From an early age, she took part in various competitions, and creative auditions, won several prizes. While attending a girls' high school, she was a member of a figure skating club.

However, luck smiled at the schoolgirl only at the age of 14. Song Hye-kyo won the Sunkyung Smart young model competition. This allowed her to become the face of the brand for the release of school clothes.

The success in advertising led to offers to star in teenage series. Son's first role was in the TV project First Love in 1996. The earnings that she got allowed the girl to move to Seoul with her mother and settle in the prestigious district Gangnam. In the capital, the future actress went to study at Sejong University, majoring in the art of cinema.

Episodic and minor roles followed her successful debut in the dramas Six Siblings, Soonpoong Clinic, Sweet Bride. In 2000, Song waited for her finest hour. The series Autumn in My Heart launched on KBS Channel became a national hit, millions of viewers clung to their TV screens. Young Song Hye-kyo became part of the cast which included Song Seung-Heon and Won Bin. She played young beauty Yoon, who is loved by two close friends.

The first leading role brought the actress a huge success and a flurry of tempting offers. Soon fans saw their favorite actress in drama All In (2003), in which she played a significant role together with popular Lee Byung-hun. Her character Min Su-Yeon is the bride of an assassin, a member of a mafia clan.

In another work, she decided to change roles and switched from the romantic character to a sitcom star. The character of the series Full House (2004) Han Ji-eun became a victim of frauds, who in her absence sold her house.

The girl gets a job as a maid from the new owner of the house to buy out her home. Young people at first can not stand each other, but gradually, living under the same roof, fall in love. The television series became a hit not only in Korea but in other Asian countries too, increasing the popularity of actress.

After the successful project, Song took a short vacation and went to America to learn the language. She'd been to San Francisco and Seattle, and with a new burst of energy, she'd gone to work, this time in the movies. The first significant role on the big screen was the role of Hwang Jin Yi in the biographical drama film of the same name. The movie tells the story of the tragic life of the famous Korean courtesan and poet of the XVI century, whose love lyrics became the property of national poetry. The movie received numerous awards and positive reviews from critics.

A year later, Song made her debut in the Hollywood indie movie Make Yourself at Home. It is a psychological thriller about a girl who tries to escape from her shaman mother by finding a fiance in America. The Korean girl was hoping for an international career breakthrough, but the film failed at the box office.

Song Hye-kyo considers A Reason to Live (2011) a turning point in her career, which finally broke the stereotype about her romantic image. On her birthday, the character of the girl learns about the death of her groom, who got into a car accident with a 17-year-old driver. However, the grief-stricken bride signs a petition to abolish the killer's death penalty on the grounds of his minority. Her beliefs change when she learns that the pardoned boy kills a classmate. For this role, Song was awarded Best Actress at the Women in Film Korea Awards.

In 2011, Song became the first Asian actress to sign a contract with the French Agency Effigies, which opened the way for her possible entry into the European market. In 2012, the woman demonstrated another facet of her talent by releasing a book of photo essays called Time for Hye-Kyo.

A year later, Song Hye-keo's filmography features work with Chinese Director Wong Kar-Wai. The professional invited her to a supporting role in the biopic The Grandmaster, which tells the story of the famous kung fu master Ip Man, whose student was Bruce Lee and other stars. Song had to learn Cantonese and the basics of martial arts.

The latter task, thanks to the excellent physical form of the actress (she is 5 feet 28 inches), was easy. But the communication with the cult director had become a more difficult task. Song later admitted that filming with Wong was full of" friction and misunderstandings, " but the difficulties helped her grow up.

2013 was marked by new work on the small screen too: she started starring in the series That Winter, The Wind Blows, in which the actress played the role of a blind girl Oh Young, the heiress of a huge fortune. Helpless and lonely young becomes the perfect victim for a con man Jo, who set a goal to take control of her millions. The SBS channel noted this work of the actress.

In the dorama Descendants of the Sun (2016) the famous Korean girl's partner was no less renowned actor Song Joong-ki. The story is about a complicated relationship of the on-screen couple - the captain of a South Korean Special Forces unit Yoo Si-jin (Song Joong Ki) and Dr. Kang Mo-yeon (Song Hye-kyo), which pass the test of time, war, distance. In addition to another shot of fame (the TV series broke records by rating), this work brings Song the long-awaited happiness in her personal life.

The personal relationships of one of the most beautiful and popular Korean actresses have always excited her fans. In 2003, they watched the affair of their favorite with actor Lee Byung-hun. However, the couple broke up in less than a year. The girl then decided not to have relationships with her colleagues. But, as it turned out later, in vain.

Another star of Korean doramas, Hyun Bin, could not resist the charm of Song Hye-kyo. Their relationship began in 2008, and at first, the actors were carefully hiding it from the paparazzi, and then finally admitted that they were a couple. Fans were already looking forward to a wedding, but in 2011 the lovers suddenly broke up, never becoming husband and wife.

It was hard for the actress to cope with the sadness after the break-up, she dived deep into work and for a long time did not give journalists any reasons to suspect new relationships. Only in 2017, upon completion of the work in the drama Descendants of the Sun, the actress announced the imminent wedding with a colleague on set Song Joon Ki. The stars married in October 2017 at Seoul's Shilla hotel.

Only close friends and relatives of the couple attended the ceremony. Wedding photos of actors were all over Instagram of the actress and got a lot of likes. The film star has millions of subscribers who appreciate her talent and natural beauty (even without makeup). Journalists tired Song Hye-kyo with questions about pregnancy and future children. To which she replied:

"Let things take their course. I hope that day will come."

However, in 2019, the fans were shocked to find out that the couple decided to file for divorce. The reasons for such a decision remain a secret.

Song Hye-Kyo's net worth is estimated at $20 million. In 2018, the Korean actress began shooting in the TV series Encounter. Her character, Cha Soo-Hyun, is the daughter of a prominent politician. After an unsuccessful marriage, she meets a poor guy Kim Jin-hyuk (Park Bo-gum), who is an odd-job man.

Young people fall in love with each other, but is happiness possible in this misalliance? The audience finds out the answer to this question in 2019.