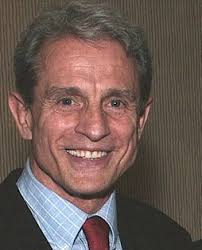 Edward Bernard Peter Buck is an American businessman, a political activist who belongs to the Democratic party. In September 2019, he was arrested and charged due to the severe causing injury, injections of methamphetamine and having a drug house.

Edward Buck was born in Ohio in 1954. He lived in Phoenix, Arizona, where he attended North High School and then Phoenix College. There is no information about his family besides the fact of his coming out at the age of 16.

Buck’s career began from working as a fashion model in Europe. That time, he also appeared in various commercials. Edward used to work for Rapid Information Services, his friend’s company. Later, he bought the firm, renamed it Gopher Courier, and after five years, Buck sold it and became a millionaire.

In 1987, Buck became a leader of the campaign which aim was the impeachment of Evan Mecham, the Arizona Republican Governor. Edward was saying about various Mecham’s views, especially about his offer about voluntary drug tests and reduction of the state police. Buck also created car stickers with the title “Mecham for Ex-Governor," and Attorney of Arizona allowed state employees to use it on their bumpers. This anti-Mecham campaign brought Buck a lot of attention and respect. However, as a response, Edward was attacked by the leader of the organization Arizonans for Traditional Family Values for his homosexuality.

In 1988, due to the homophobia, Buck became a Democrat. Since that time, he was a little rude sometimes. For instance, in 2010, he had a loud quarrel with Republicans Meg Whitman and Chris Christie at Whitman’s political rally.

When Buck moved to West Hollywood, he ran for the position of the city council in 2007, but this was unsuccessful. The businessman has made donations to various Democratic candidates, including Hillary Clinton, Barack Obama, and Ted Lieu. Like many other politicians, Buck has an unknown net worth.

In July 2017, a young African American man faced his death in Buck’s apartment. The guy was named Gemmel Moore, and he worked as an escort. Moore was found naked on the bed in Edward’s living room. Police got a lot of interesting stuff: sex toys, syringes with brown sediment, small plastic bags with crystal-like substance, and so on. However, next year, the prosecutors refused to charge Buck. Not everyone believed in this, so the documentary named parTy boi: black diamonds in ice castles was released by Michael Rice, and it was about Buck’s criminal actions and last days of Gemmel Moore.

Eventually, it was not the last case. In January 2019, there was the second body found in Buck’s place – the body of another African American, Timothy Michael Dean. Since Moore died, there were a lot of reports about Buck inviting black gay men to his apartment and using crystal methamphetamine together. When there were no charges against Buck in 2018, a local activist and author Jasmyne Cannick posted on her Twitter that any other deaths in Edward’s place would be the District Attorney’s fault.

After Dean’s death, a group of 50 civil rights organizations emerged, and it asked about the investigation of Buck's role in the incident. Speaking about recent news, this year, on September 11, Edward injected a man with methamphetamine, and six days later, the businessman was arrested. On September 19, 2019, there was also added the charge due to the death of Gemmel Moore that was previously considered as an accidental overdose. That time, Jasmyne Cannick appeared again – she spoke with other Buck’s survived victims who said about Edward trying to pay them for sex, forcing them to do drugs and making their pictures after this. Besides, Cannick published some parts from Moore's diary where he wrote about his introduction to crystal meth that was organized by Buck.

Speaking about Buck’s dating history, there is no information about his former partners. At the age of 16, he came out to his family as gay. Firstly, Edward lived in Phoenix, Arizona, and in 1991, he moved to West Hollywood, California

At present, there is no exact information about Ed's net worth.