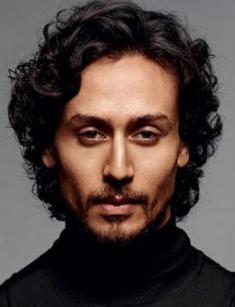 Indian actor Tiger Shroff has dreamed of the role of a superhero since childhood. His father, Bollywood star Jackie Shroff, was one of the first Indians to play this role.

He made an acting debut in 2014 in the melodrama Heropanti and consolidated success, participating in the action movie Baaghi. Tiger fulfilled the dream in his third film. However, the movie A Flying Jatt did not live up to the expectations of the creators. Despite the failure, Shroff Jr. continued his film career, starring in the continuation of Baaghi and the remake of Rambo. By the way, Tiger could perform all the tricks in movies thanks to sports training and a black belt in Taekwondo.

The first child of the famous actor, Jackie Shroff, was born on March 2, 1990, when the career of the artist was on the rise. The boy was named Jai Hemant; later he became world-famous under the name of Tiger Shroff. Jackie was involved in the film industry, and he also helped his wife, model Ayesha Dutt, who later became a producer, to start a career in this field. The fate of the child, who was connected with the world of cinema from childhood, was predetermined.

In 2014, Tiger said in an interview with Indiatimes that while studying at the American School of Bombay, he was more interested in sports and dancing than theater. But at home, the parents discussed his future, without asking their son, as if it had already been decided that the young man would become an actor.

As a child, his favorite dance styles were breakdancing and jazz-funk. The artist's idols who inspired his self-improvement were Michael Jackson and Chris Brown. Shroff Jr. also likes the dancing performances of Bollywood’s sex symbol of the 2000s, Hrithik Roshan. At the same time, Tiger practiced Taekwondo and was awarded an honorary fifth degree black belt in this martial art.

Tiger made his film debut when he was 22 years old. The young man signed a contract with the studio, filming the romantic drama Heropanti. It is no surprise that at the beginning, the story shows the disobedient daughter who runs away on the night before the wedding with the man she does not love. But later, the plot revolves around friends protecting lovers from the strict father of the girl.

Shroff's partner was Kriti Sanon. Heropanti was the second project of the actress. The movie was released in 2014 and received generally positive reviews from both critics and viewers. Sanon won four awards for the role, and Shroff received five prizes. The aspiring actors won the prestigious Filmfare Awards for Best Male/Female Debut.

The success of the first movie left its mark on the career of Shroff Jr. He felt obliged and did not want to disappoint viewers. The artist began to choose projects carefully; so, the next film was released only two years later. And he succeeded again. The action movie Baaghi, in which Tiger showed both acting and martial arts skills, grossed $19 million worldwide.

In 2016, the filmography of the actor also included the third movie. A Flying Jatt allowed Tiger to fulfill his long-cherished dream of filming in a movie about a superhero. Critics appreciated a funny idea of a character who was afraid of heights and therefore flew only near the ground, but they blew sky-high a predictable script, based on Western films. The movie was also a box office flop.

Despite the failure, the actor continued to ride the wave of popularity. Several music videos were released, featuring Tiger. The actor starred with actress Disha Patani in the video "Befikra." Besides, in 2016, Tiger performed at the Femina Miss India.

Shroff’s fourth movie, Munna Michael, also focuses on dancing. Being afraid of failure, Tiger collaborated with a famous director, Sabbir Khan, who shot the top-grossing movies: Heropanti and Baaghi. But the film about a loyal fan of Michael Jackson, released in 2017, was also unsuccessful.

But in 2018, the actor had a triumphant return when the continuation of Baaghi was released. The action movie became a blockbuster within a few days after the premiere, while critics gave mainly negative reviews.

Since 2016, the actor has been dating his colleague Disha Patani. The couple starred together in a music video, as well as in the second part of Baaghi. The actor has a sister, Krishna, who is three years younger than him. When reporters asked him with whom he had a closer relationship in the family, Tiger found it difficult to answer, saying that his mother was always strict, and his father allowed him to do whatever he wanted. However, he loves all family members equally.

Tiger is a fan of MMA competitions. The actor continues to go in for the sports and sticks to a healthy lifestyle. Shroff posts photos and videos of training on Instagram in which he performs various tricks. Tiger is 5.61 ft. (171 cm) tall and weighs 158.73 lbs. (72 kg).

In 2019, three projects have been scheduled to be released, featuring the Indian movie star. Firstly, the third part of Baaghi will premiere. The director will be Ahmed Khan.

Secondly, the continuation of the movie Student of the Year will be released. Thirdly, the long-awaited remake of the Rambo blockbuster will premiere. The shooting was constantly delayed due to Shroff's busy schedule.

Tiger Shroff has a net worth of $5 million.