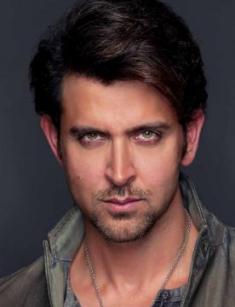 Hrithik Roshan is one of the most beautiful actors in India. He also works as a director. The Bollywood star has become famous and won the love of viewers in his homeland and abroad. The credentials of the young actor include more than two dozen movies. Besides, Hrithik is considered a sex symbol in his native country.

Hrithik Roshan was born on January 10, 1974, under Capricorn zodiac sign. Roshan’s family has been connected with the cinema, which influenced the fate of the young man and his career choice. Hrithik’s father, Rakesh Roshan, is an Indian actor and director, and his mother, Pinky, is an actress. His uncle, Rajesh, is a famous Indian composer. However, for a long time, Hrithik did not think about an acting career, because he had stammered until the age of 14 and was born with an extra finger on his hand.

However, at the age of six, the boy first played in the 1980 film Aasha, then in the movie Aap Ke Deewane. Hrithik restarted his career only in 2000 when he appeared in the father’s film Kaho Naa… Pyaar Hai. For this role, the young actor received the Filmfare Award for Best Actor and Best Debut.

Hrithik's parents wanted him to study in Europe, but the young man secretly enrolled in acting courses. The father reacted in a peculiar way. He suggested that his son begin a career in the film industry, but not as an actor. So the future star became the third assistant to the father. He had to travel around the country, stay overnight in cheap hotels, and work hard.

Having learned the secrets of Bollywood firsthand, Hrithik finally landed the role that immediately made him a famous actor. The father of the young man was looking for a featured actor in his next film (Kaho Naa… Pyaar Hai). The actor, who was initially cast, turned down the role, and Rakesh approved his son. Besides, Rakesh wanted to bring a new hero to Indian films.

The man’s choice turned out to be right. Hrithik became a star overnight. The young actor matured and turned into a sex symbol thanks to training with a personal bodybuilding trainer and a healthy diet, driving women in India crazy. They began to dream of Hrithik’s sad green eyes and the athletic figure.

After the success of this project, Hrithik signed a two-year contract. However, the new movies did not bring the young actor the success he expected. Moreover, it created the impression that Hrithik could productively cooperate only with his father. It was he who helped his son, giving him a chance to regain fame, and offered significant roles.

After the release of the film Koi… Mil Gaya, the actor achieved the Bollywood stardom again. The science fiction movie won several prestigious awards and was recognized as the best film of the year. Hrithik could consolidate his success in the blockbuster Krrish (2006), which became the best role in the actor’s career.

The same year, the blockbuster Dhoom 2 brought him fame and popularity abroad. In this movie, the actor worked with Aishwarya Rai, Abhishek Bachchan, Uday Chopra, and others.

Hrithik got the role of Aryan, a young man with the ability to transform. Moreover, the guy thieves the main treasures of the world. Police officer Jai Dixit is trying to catch the criminal, but the latter is always one step ahead. Then the man comes up with a trick. Jai sends a hacker, Sunheri, who has to work herself into the robber’s favor and then give him in charge.

The sadder but wiser actor began to choose new projects more carefully. This practice bore fruits because the films Jodhaa Akbar (2008), Luck by Chance (2009), Kites (2010), and Guzaarish (2010) made the name of Hrithik Roshan famous in the Indian cinema. The movie Krrish has two sequels.

In 2011, Hrithik played the leading role in the film Zindagi Na Milegi Dobara.

It is a story about three friends who go on vacation where their lives change. Kabir meets a girl, Natasha, and six months later they got engaged. Then the young man organizes a three-week bachelor road trip with two best friends.

One year later, the actor appeared on the screen with Katrina Kaif again, playing in the action movie Bang Bang!.

In the story, a modest banking employee, Harleen Sahni, meets a mysterious man named Rajveer Nanda. This meeting leads to chases, fire-fight, and explosions. However, Rajveer assures the woman that he is a good man.

Besides Roshan and Kaif, the movie also featured Pawan Malhotra, Danny Denzongpa, Javed Jaffrey and others.

2016 was marked by the successful release of the film Mohenjo Daro.

The action takes place in the ancient city of Mohenjo Daro. The plot centers on several residents who live a normal life and face everyday problems. They fall in love, quarrel, get married and break up.

Hrithik Roshan’s colleagues on the set were Pooja Hegde, Kabir Bedi, Arunoday Singh, and others.

When a survey of television viewers was conducted in India, Hrithik was recognized as the best actor who portrayed a historical character (Akbar) in Bollywood. In this project, he starred with Aishwarya Rai again.

In 2000, Hrithik married Sussanne Khan, the daughter of a famous Indian director. The actor dated his future wife for four years. Having lived together for 13 years, the couple divorced on December 20, 2013, a week before the wedding anniversary, shocking the world of Indian show business and the actor's fans.

The former spouses have two children, boys Hrehaan and Hridhaan. The father participates in the upbringing of the children. However, he sees the ex-wife only during the meetings with his sons. It was rumored that Sussanne dated Hrithik’s friend, but it was not confirmed. The former father-in-law talked about a possible reunion of the couple, but it did not happen.

Later Hrithik said in an interview that he had a great relationship with Sussanne. The former spouses have managed to remain friends.

The news about the divorce spread rumors about Hrithik's possible love affair with Kareena Kapoor, with whom the actor played in several projects. Viewers considered that the on-screen feelings could not only be talented acting and turned into a real relationship.

Another possible lover of the handsome actor was Priyanka Chopra, with whom he worked in the movie Krrish in 2006. However, the rumors were not confirmed, and today the actor’s heart is free. The handsome sporty man with a height of 5.84 ft. (178 cm) and weight of 163.14-171.961 lbs. (74-78 kg) wins women's hearts both in his native India and around the world.

In January 2017, Hrithik played the leading role in the movie Kabil.

The action focuses on a young man named Rohan Bhatnagar who works as a voice-over artist for a living. One day Rohan meets Supriya, and they like each other. One more thing that unites them is blindness. They see the world with their brain, not eyes. As a result, Rohan and Supriya get married. But soon the spouses will go through a living hell caused by the Shellar brothers. The husband and wife will have to show the strength and courage to overcome obstacles to happiness.

Roshan’s colleagues on the set were Yami Gautam, Ronit Roy, Rohit Roy, and others.

The fourth part of the Krrish franchise is scheduled to be released in December 2018. Hrithik’s father, Rakesh Roshan, directs the film again.

In January 2019, the biographical film Super 30 will premiere. Hrithik Roshan will perform one of the leading roles. Mohammed Zeeshan Ayyub, Ritvik Sahore, Sharat Sonu and others will also appear in the movie.

Siddharth Anand will soon start shooting the yet-untitled project of YRF in which Roshan has landed the leading role again.

Hrithik Roshan has a net worth of $45 million.