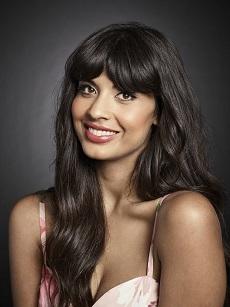 Jameela Alia Burton-Jamil is a British actress, radio host, and activist. In 2012, she became the first solo female host on BBC Radio 1. After moving to Los Angeles, Jameela found herself not only as a radio presenter but also as an actress.

Jameela Jamil was born in London in 1986. She was raised irreligious. Since her birth, Jameela had congenital hearing loss for which she had some operations. At school, as Jamil says, she was a shy child mostly because of her hearing. Between 14 and 17 years old, Jameela suffered from anorexia nervosa. She believes that this issue developed because of societal pressure. When Jamil was a young 17 years old girl, she was hit by a car, and this led to several broken bones and damaged spine. The doctors told her that she might never walk again. However, Jameela received steroid treatment and physiotherapy, after which she recovered slowly but successfully. As the actress says, this accident helped her to fight anorexia.

Before her current career, Jameela worked as a model and photographer. She also was an English teacher at the Callan School of English in London.

At the end of 2008, Jamil appeared on the E4 show Music Zone. Next year, she became a co-host of the television show Freshly Squeezed together with Nick Grimshaw. Besides, Jameela presented an online fashion show titled The Closet, and it was shown on the site Bebo. In 2010, David Bailey photographed Jamil for British Vogue.

In 2011–2014, Jameela was an author of a column for the Company, the women’s magazine. In 2012, she changed June Sarpong and became the new host of Playing It Straight.

In 2016, Jamil moved to Los Angeles, where she planned to work as a DG and radio host. Her agent gave her the information about Michael Schur, who was looking for a British actress for his upcoming comedy series. Jameela did not have any acting experience, but went to the audition anyway and got the role! The series was called The Good Place and had a premiere in September 2016. Jameela plays Tahani Al-Jamil here together with Kristen Bell and Ted Danson.

In 2018, the actress appeared on the cover of the American magazine, The Cut, for the first time. She voice acted on the animated series DuckTales. In 2020, the Mira, Royal Detective will air on Disney channels, and Jameela plays Mira's Auntie Pushpa here.

In 2009, Jamil volunteered at the Orange Rockcorps to help in the creation of a concert which had an aim to fund local social projects. She projected her own variant of SpongeBob SquarePants for a Childline charity auction. Besides, Jameela swore to wear a costume of a chicken during the number of days equal to the amount of money she raised for Comic Relief. She got approximately £16,000 so she wore the costume for 16 days.

Apart from that. Jamil is a great representative of social activism. In 2018, she got inspired by Kardashians who posted on Twitter their photo where they all detailed their own weight. After this, Jameela launched an Instagram page titled I Weigh. The purpose of this project was for every person to feel valuable and amazing. Jamil encouraged the followers to post their own non-edited photos with the hashtag #iweigh and the text about the staff that they are proud of. Partly because of this project. Jamil was included on the BBC's 100 Women list in 2018.

In 2012, the fact about Reggie Yates leaving BBC Radio 1 and Jameela replacing him was announced. She became a co-host of The Official Chart Update together with Scott Mills on BBC Radio 1. Jamil turned out to be the first single female presenter of the BBC Radio 1 Chart show in the whole radio history. And that is not surprising since Jameela has such a charming English accent!

For 2019, Jameela has a net worth of $3 million that she earned from her acting and radio career.

Since 2015, Jameela has been in a relationship with James Blake. Her boyfriend is a famous musician who comes from England too. This year, in May, the actress shared with the audience the fact that she had an abortion previously and that she did not regret this decision because it was the best option for her personally and for the baby, she was not ready for.