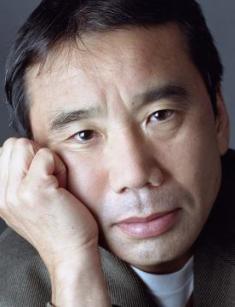 During his lifetime, Haruki Murakami has become a classic of not only Japanese literature, but of the whole literary world. To this day, he does not know the exact answer to the question of how he decided to become a writer; he claims that he initially believed in his own literary abilities. For Murakami, writing is as natural as breathing.

When it comes to his biography and facts about his life, the writer, as a real Japanese man, becomes modest and secretive. Murakami was born on January 12, 1949, in Japan, near Kyoto, in the village of Kayako. The male part of the family was engaged in education in the field of Buddhism. Murakami's father taught Japanese language and literature at school. His grandfather, a Buddhist priest, was the Abbot of the temple. Haruki's childhood was spent in the port city of Kobe. During that year, the boy became interested in American and European literature and music.

In 1968, the surname Murakami appeared in the lists of students of the prestigious Waseda University. Haruki chose the "classical drama" specialty. Murakami was not drawn to old movie scripts and was frankly bored during classes. Nevertheless, upon graduation, he successfully defended his degree in modern drama. As a student, he participated in protests against the Vietnam war.

In 1971 Haruki married Yoko Takahashi, with whom he studied at school. Murakami turned his passion for jazz into a business, opening a jazz bar Peter Cat in Tokyo in 1974. He ran the bar successfully for seven years. One day, sitting in the stadium and watching a baseball match, Haruki suddenly realized that he could write books. Since then, Murakami had been lingering in the bar after hours, doing the first sketches of future works.

The first novel Hear the Wind Sing published in 1979, was awarded the prize for aspiring Japanese writers, Gunzo Award and The Bungei Prize from the leading literary magazine. The book is known as the first part of the Trilogy of the Rat. Murakami himself thought of his early works as weak and unworthy of the attention of foreign readers. With what readers disagreed, having noted the original style of the young writer.

In 1980, came out the second part of the trilogy, Pinball, 1973. Two years later, the final part of the series, A Wild Sheep Chase, was released. The work was also awarded the Noma Literary Prize (best newcomer). With this work began the formation of Haruki Murakami as a writer. At this time, Murakami decided to sell the bar and focus on literary work. Writer's fees allowed him to travel to Europe and America.

Murakami returned home only in 1996. But even before leaving, he published four collections of short stories ("A Slow Boat to China", "A Perfect Day for Kangaroos", "Firefly", "Barn Burning"), a book of short stories "The Elephant Vanishes"and a fantasy novel Hard-Boiled Wonderland and the End of the World. The novel received another prestigious literary award- the Tanizaki Prize.

The journey to Greece and Italy inspired Murakami to write the novel Norwegian Wood. Readers and critics call this novel, which brought the writer world fame, his best work. The publication sold two million copies. It became legendary in Europe and the United States.

The main character tells about his student life in the 60s when student protests were spreading, rock and roll was gaining popularity, and he was going out with two girls at once. The novel is narrated in the first person, but the author claimed that it was not autobiographical. The reason for the choice of the first-person narrator lies in his desire to be closer to his readers.

In 1988, Haruki moved to London. There the writer finished the last pages of the continuation of the Trilogy of the Rat, the novel Dance, Dance, Dance. In Japan in 1990, he published another short story "Tony Takitani." In 1991, Murakami accepted an offer to teach at Princeton University in the United States. He later received the title of Adjunct Professor. In Japan, at this time, an eight-volume work of the writer, written over the past ten years, was released.

Living in America, Murakami had a strong desire to tell the world about his native country and its inhabitants, the topic he had never been interested in before. As Murakami admitted in an interview, only after leaving his homeland, he managed to see it objectively. In 1992, Haruki Murakami moved to California, where he lectured on contemporary literature at Howard Taft University. At that time, the novel South of the Border, West of the Sun, came into publication in his home country. The protagonist of the story, like the author in his youth, is the owner of a jazz bar.

In 1994 in Tokyo, the mystical novel The Wind-Up Bird Chronicle saw the light of day. It combines different genres and is considered the most complex work in Murakami's creative biography. A year later, a sequel was released. The year 1995 in Japan is remembered for the earthquake in Kobe and the gas attack of radicals from Aum Shinrikyo. In 1996, the writer returned to Japan and settled in its capital. Under the impression of the tragic events, Murakami wrote a documentary work Underground and a short story collection After the Quake.

In 1999 came the publication of the novel Sputnik Sweetheart. A year later, a collection of short stories, "All God's Children Can Dance," was released. In 2001, the Murakami family settled on the coast, in the village of Oiso, where he lives now.

Murakami's works have been translated into 20 languages, including English and all the European languages. In 2002, Murakami published Kafka on the Shore, which was translated into English by 2005. It became on "The Best 10 Books of 2005," according to the New York Times, and received the World Fantasy Award for 2006. The novel comprises two different plots that are connected. It is a mix of Murakami's favorite popular culture, humor, suspense, and magical realism.

Almost every year, Murakami published a book. In 2005, a collection of short stories, Tōkyō Kitanshū (translated as Tokyo Legends), was published. It included both new stories and those written in the eighties. In 2007, a kind of memoir called What I Talk About When I Talk About Running went into print. It was translated into English and published in the US and the UK in 2008.

2009 is marked by the publication of a new trilogy 1Q84. The first two parts of the book sold out on the first day of sales. In the novels, Murakami touched upon the themes of religious extremism, the mismatch of views of different generations, the combination of reality and illusion. The third volume of the work, published in 2010, also became a bestseller.

With some interruption, the philosophical drama Colorless Tsukuru Tazaki and His Years of Pilgrimage was released in 2013. It is a novel about the life of a lonely engineer-designer of railway stations. In his childhood, Tsukuru used to have friends. But over time, for unknown reasons, his friends turned away from him. And only a new girlfriend convinces Tsukuru to find friends and find out the reasons for the breakup. The bestseller has traditionally received enthusiastic responses from fans of modern literature, broke the sales record once again, this time on Amazon.

In 2017, Murakami published a short story collection called Men Without Women. The main characters of the stories are strange men and femmes fatales, and the central theme is the relationship between them, their losses, and gains. Haruki Murakami translates the works of European authors into his native language. Thanks to him, the Japanese were able to read Raymond Carver, Truman Capote, John Irving, and Ursula K. Le Guin. Murakami's translation of Salinger's Catcher in the Rye broke sales records for translated literature in Japan in the early twenty-first century.

Haruki Murakami has been married to one woman for more than 40 years. The wife of the writer, Yoko Takahasi, is a singer and actress. The couple doesn't have any children. At 33, Murakami quit smoking, became interested in swimming, baseball, and long runs (he even participates in marathons). He expressed his interest and love for Western culture with several photo albums and guidebooks.

It is known that Murakami is a great lover of music. The writer published the book Portraits in Jazz in two volumes. The essays are literary illustrations for an exhibition of paintings by musicians made by movie director and screenwriter Makoto Wada. In books, Murakami told about 55 favorite jazz performers. And his collection of records, according to unverified information, includes more than 40 thousand copies.

Haruki Murakami's net worth is estimated at $5 million. In 2016, the Japanese writer and translator was awarded the Hans Christian Andersen Literary Award with the wording "for a bold combination of classical storytelling, pop culture, Japanese tradition, magical realism, and philosophical reflections." Murakami was expected to be awarded the Nobel Prize in literature. But in the end, the award went to American singer Bob Dylan.

The prophecies regarding the writer did not come true in 2017 – another Japanese writer Kazuo Ishiguro received the award. In February 2017, another Murakami's novel, Killing Commendatore, was published. Initially, 1 million copies of the book went into print. The book has traditionally caused a stir among fans of the writer.

"The older we get, the more things we can no longer put right."

"The human heart is like a night bird. Silently waiting for something, and when the time comes, it flies straight toward it.”

"Nobody likes being alone that much. I don't go out of my way to make friends, that's all. It just leads to disappointment."

"Memories warm you up from the inside. But they also tear you apart. "

"Moving in the wrong direction at high speed is worse than not moving at all."