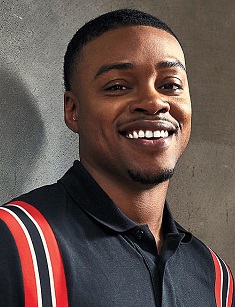 The Long Island native, Errol Spence Jr. is one of the top pound-for-pound fighters in the world, who started his professional boxing career in 2012 as a welterweight fighter. Over the years, Gervonta won IBF champion's belt in 2017 and became the WBC welterweight champion in September 2019. By that moment, he held a record of 26-0-0 with 21 KO’s. In October 2019, Errol was badly injured and being treated in an Intensive Care Unit in Dallas after crashing a white Ferrari. Spence, who was not wearing a seatbelt, was ejected from the car and suffered serious injuries. His net worth is roughly estimated at $1.2 million, including all of his properties and earnings.

The birthplace of Errol was Long Island. He was born there on March 3, 1990. However, Errol spent most of his childhood in DeSoto, Texas, where his family moved when he was a kid. Errol’s father, Errol Spence Sr., served as a FedEx contractor. It was he who brought his son to boxing. Once Errol came back home after school, and 20 minutes later dad led him to an unknown place.

Errol didn’t know where they were going. When dad and son reached the place, it turned out that Errol came to the boxing gym. They entered, and Spence Sr. asked the coach when Spence Jr. could start training. The little boy started the next day. His father was integrally involved in Spence Jr.’s career from the start, carefully picking his coaches. According to Dallas Morning News, Muhammad Ali inspired Spencer Sr. to involve his son in boxing. Ali was a great titled fighter, and the first fighter Errol’s dad knew.

Errol Spence got into boxing in 2005. From the very beginning, his biggest strength in the ring was his speed. He started in amateur tournaments and was the best in the country three years in a row. He became the amateur national champion in 2009 – 2011, and took the Golden Gloves in 2009 and 2010. In 2011 Spence took part in the World Amateur Boxing Championship but lost in the quarterfinals.

In summer 2012, the Long Island native was named to the USA Olympic Boxing team. He reached the third round, where Spence lost the fight to Indian welterweight Krishan Vikas. A few hours after the U.S. men's team thought its London Olympics were over, amateur boxing's governing body decided Errol deserved to fight on. The AIBA overturned his loss to Vikas, five hours after the defense-minded Vikas had clutched and grabbed his way to a 13-11 victory.

After the American team protested the result, AIBA's competition jury reviewed the bout and ruled Vikas had committed nine holding fouls in the third round alone. He also intentionally spat out his mouthpiece in the second round, which should have resulted in at least four points of deductions. Spence advanced into the quarterfinals to face Russia's Andrey Zamkovoy. But Errol was defeated, and the American men's team left the Olympics with no medals for the first time.

Spence debuted in professional boxing in welterweight category On November 9, 2012. He faced Jonathan Garcia, whom he won by his first career’s knockout. In a month, Errol repeated his success in a fight against Richard Andrews. Spence won by technical knockout. In 2013, the New York native spent eight fights and won all of them. By that moment, Errol reached tens wins, eight of them were by knockout.

Added two new victories at the beginning of 2014, Errol Spence appeared on Showtime in June for the first time in his career. He ended the fight against Ronald Cruz, spending the full ten rounds. Spence won the match by the third decision of his career. That was his first ten-round fight, and he became the main event on Showtime then. The winner said after the fight:

“I remember that because everything went right. It was a great performance for me. I almost got the stoppage. It’s always in the back of your mind, especially when you’re training if you haven’t done eight or ten rounds before. You’re like, ‘I hope I can do eight rounds, or I hope I can do ten rounds.’ When I did the eight rounds easy, I knew I could do the ten rounds.”

The rising star crushed one opponent after another. By the time, when ESPN recognized him as the most prospective fighter of 2015, he recorded 19-0, defeating Alejandro Barrera in his last match. Errol had to win two fights to participate in the championship fight. He easily coped with that task, defeating American Chris Algieri in April 2016 and Italian Leonard Bundu in August 2016.

The 22nd Errol’s fight became his first outside the USA. He went to England to meet British boxer, Kell Brook, then-IBF welterweight champion’s belt owner. Brook's odds were rated low, as he had surgery on a broken right eye socket shortly before the fight.

The Sheffield fighter was put down in the 10th when Spence ruthlessly went to work on the eye but, roared on by home support, rallied bravely. He would last just one more round, though, as referee Howard Foster ended the contest despite Brook rising on a nine-count after taking a knee.

There were boos of disappointment from the 27,000 in attendance at the home of Sheffield United, but Brook, wearing shorts sporting the colors of the club he supported, looked accepting of his situation. Spence became the new IBF welterweight champion. He retained that title in his next three fights.

Spence’s fourth belt defense and his first unification match were scheduled on September 28, 2019. The event took place at the Staples Center in Los Angeles, California. Errol’s opponent was Shawn Porter. Among the many subplots entering that fight was just how much history the two shared leading up to that pay-per-view bout. Not only did Porter's father, Kenny, served as an amateur coach for Spence, Porter himself was somewhat of a mentor or "big brother" to Spence after he turned pro. The two fighters also had experience sparring one another in training.

Nearly a decade later, it was apparent that Spence and Porter had put their friendship aside for the sake of business and opportunity. What that had created was more than a few tense moments during the buildup to their meeting at the Staples Center. Porter (30-3-1) entered the fight as a significant underdog who was considered a dirty fighter by Spence, but Porter demonstrated a few wrinkles in his game to go along with a physical style that often had Spence looking out of sorts as the two went to battle.

In front of 16,702 rabid fans, Errol Spence Jr. was forced to fight with an opponent who didn’t allow him to do what he wanted. Spence and Porter put together a Fight of the Year front-runner that was full of dramatic swings, fireworks. As a result, Spence ordered to earn a hard-fought split decision over Shawn Porter to unify the WBC welterweight title with his IBF title.

While Spence is not married to anyone, he is a father to two beautiful daughters named Ivy (born in 2015) and Violet (born in 2017). However, not much is known about the girls' birth mother or possible wife of Errol. He frequently posts pictures of his two small children on Instagram. In addition to boxing and the role of the father, Errol owned the online clothing shop, where his fans can buy Unique custom-designed boxing T-Shirts and Merchandise, including Hoodies and Phone Cases.

On October 10, 2019, the welterweight king was seriously injured in a car accident. He was not wearing a seatbelt and was thrown out of his vehicle during the smash, which saw his Ferrari flipped multiple times. Earlier in that night, Errol posted a video to his Instagram Stories showing a pal dancing in a nightclub.

Spence had a large car collection, and a white Ferrari was one them. It was the only car involved in the accident, which took place at around 3 am, close to the I-30 in Dallas. Spence Jr was rushed to hospital where doctors reported he was in a serious condition, but "expected to live." According to breaking news, the boxer's representatives stated that Errol suffered serious, but not life-threatening, injuries and they insisted he would make "a full recovery."