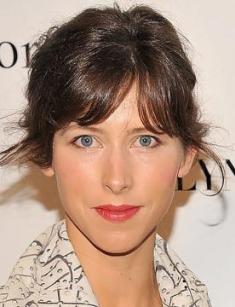 Sophie Hunter is a British actress and director who created the operas The Rape of Lucrece, The Magic Flute, and Fidelio. Besides, the woman is a singer and songwriter who presented three solo albums; she is the wife of the popular actor Benedict Cumberbatch.

The would-be artist was born in London on March 16, 1978. The father, Charles Rupert, came from London; the mother, Anna Katharine Gow, moved to the capital from Edinburgh. Thus, the girl spent her childhood in two atmospheric cities.

The child was fond of playing the piano and singing, but it was only a hobby. She mastered her French and Italian at the University of Oxford and then decided to go to Paris: Sophie had been interested in acting for a long time and enrolled at L'École Internationale de Théâtre Jacques Lecoq, one of the most reputable schools to study drama.

Directing became the young woman’s primary passion. Although she is also a wonderful actress, Sophie feels much more inspired when she creates performances on her own. She is really good at it: for example, the New York audience admired her interpretation of Benjamin Britten’s The Rape of Lucrece.

Talented and goal-oriented, Hunter worked hard on Mozart’s The Magic Flute. Not only the sophisticated public in Europe could enjoy the play: people in several African countries saw it as a part of the Opera Change event, too. Besides, the director staged Ludwig van Beethoven’s Fidelio in Israeli and Henrik Ibsen’s Ghosts.

In 2007, Hunter and her colleagues won the Samuel Beckett Theatre Trust Award for the outstanding play The Terrific Electric; the woman worked on its script and directing in the Barbican Center, London.

In 2011, the artist organized the theater company Emursive.

Hunter is also known for her collaboration with The New York City Theater: Sleep No More, The Forgotten, and so on. In 2015, the woman and The Ulster Orchestra worked on the opera Phaedra in North Ireland. The same year was marked with the partnership with the Aurora Orchestra: they presented the opera The Turn of the Screw in London.

In comparison with her achievements as a director, Hunter is not a popular actress. In the mid-2000s, she personified Ophelia in Hamlet and a witch in Macbeth; her screen roles were episodic mostly. One could see her in the detective drama Midsomer Murders (2004) and Vanity Fair (2004) starring Reese Witherspoon. In the same period, Sophie got an episodic part in the BBC’s parody series My Life in Film.

The roles in TV series followed: Maureen Corbett in The Curse of Steptoe and Anne Boleyn in Henry VIII: The Mind of a Tyrant. There was also a full-length movie Burlesque Fairytales. The sci-fi series Torchwood brought much exciting experience; the plot was somehow similar to iconic Doctor Who. The role of a witch in the series Great Performances was one of the last screen appearances.

Although Hunter’s filmography does not have many movies, she is not worried about it: directing is more significant for the woman.

Sophie is fond of singing. In 2005, she had the debuting solo album The Isis Project released; the songs were written in French. In 2010, the artist and the DJ Armin van Buuren presented the album Virtual Friend; the solo EP Songs for a Boy followed in 2011. Besides, Hunter had several music videos made.

In 2009, the young actress gained a secondary role in Burlesque Fairytales starring the British actor Benedict Cumberbatch (Sherlock). The colleagues made friends but did not consider dating: Cumberbatch was busy with new movies while Hunter focused on directing.

Things changed in 2014: the thirty-something-year-old actors hit it off finally but tried to hide the love story at first. None of them commented on the personal transformations on Instagram or anywhere else. People started suspecting them when the couple was seen together at a French Open match.

The fiancé’s parents put the advertisement about Sophie and Benedict’s engagement in The Times. According to the old British tradition, people were expected to announce upcoming weddings. Although the youth are pretty skeptic about it today, the older generation often follows the convention. Sophie Hunter and Benedict Cumberbatch’s wedding ceremony took place on February 14, 2015.

The director’s height is 5.68 feet (173 cm.), which is ten centimeters less than Cumberbatch’s height. As a result, the couple always looks gorgeous together, even if the director chooses high heels.

The lovers married when Hunter had already been pregnant; the first baby, the son Christopher Carlton, was born in June 2015. Sophie did not put on any weight (136 lbs. or 62 kg.) and showed her slim body at the party on the occasion of the Serpentine Gallery opening the next month; she was wearing a clinging damask dress.

The new family member did not prevent the newlyweds from celebrating their first year together in Venice. By that time, the spouses realized they wanted another child. In October 2016, the audience learned the happy news: Sophie was expecting again. The second son, Hal Auden, was born on March 3, 2017.

Now, Sophie Hunter is focusing on the family and children. While the woman has stopped participating in theater projects, her husband continues to shine on the screens, but the wife does not mind it. Besides, she always accompanies her husband in social events.

Childbirth has not had any effect on Sophie’s appearance. The spouses are always pleasant to look at, and fans view them as a perfect stylish example: their extravagancy is coupled with the impeccable British elegancy.

Three months after the second child was born, Hunter participated in a summer festival in Aldeburgh; she read Ovid, John Dryden, and Ted Hughes. At the beginning of 2018, the director and her husband visited a gala concert organized by the Swiss watch company Jaeger-LeCoultre. The couple went to Europe right after Benedict was appointed the new president of The London Academy of Music & Dramatic Art; the actor had graduated it in 2000.