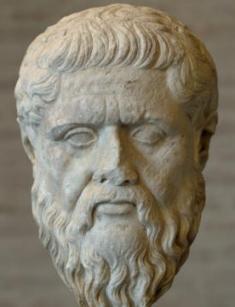 Antiquity is a period in human history filled with reforms and discoveries that seriously influenced the further development of humanity. The knowledge gained in those years became a solid foundation for the development of science and technology, and ancient culture became a fertile basis for the formation of European culture.

The basic principles of philosophy, as well as other sciences, were also formulated in the period of antiquity. Pythagoras, Heraclitus, Archytas, Parmenides, Socrates, Plato. These people are outstanding public figures, writers, scientists, and philosophers of their time. All of them contributed to the development of philosophy. And when it comes to Plato, the British logician and mathematician Alfred North Whitehead even argued that all European philosophy refers to the works of this ancient Greek philosopher.

The exact year in which the philosopher was born is unknown. There is an assumption that this happened in 428 or 427 BC. His birthday is considered the 21st of May, on this day Greeks celebrated the birthday of the son of Zeus and Leto, Apollo.

There is also no specific information about the exact place of birth of Plato. Most sources call Plato's hometown Athens; however, there is another option. According to it, the future philosopher was born on the island of Aegina, located in the Gulf of Saronikos, and Plato's family moved to Athens to give children a good education.

By the way, not only the year and place of birth of Plato are considered controversial. There is an opinion that the philosopher's real name was Aristocles, and Plato was his nickname, which philosopher received from his trainer on pankration, fighter Ariston from Argos because of his broad shoulders ("platos" translates from ancient Greek as "broad"). The late-romantic historian Diogenes Laërtius first mentioned it.

The parents of Plato belonged to the class of aristocrats. The philosopher's father was a descendant of King Codrus of Attica, and his mother was the Athenian reformer Solon. Plato's mother had two uncles, Critias and Charmides, both members of the Thirty Tyrants, a group of Pro-Spartan rulers. Besides Plato, the Ariston and Perictione (those were the names of his parents) had other children: sons Glaucon and Adeimantus of Collytus, and daughter Potone.

Children received classical Musique education – the so-called General education, which includes a system of aesthetics, moral, and mental education (named after the muses). Plato's teacher at that time was the pre-Socratic philosopher Cratylus, a follower of Heraclitus of Ephesus. Under his leadership, the future thinker studied literature, rhetoric, ethics, basic sciences, and other disciplines.

During training, Plato achieved the best results in the literature, fine arts, and wrestling, later the philosopher participated in the Olympic and Nemean Games.

Ariston was a politician trying to improve the lives of his fellow citizens. Therefore, he wanted his son to become a politician after his education, but Plato himself had utterly different views on the future. He tried his hand at writing, composing poems, and dramas.

One day, in 408 BC, young Plato decided to take the tragedy he wrote to the local theater. On the way, he ran into an elderly but strong man. They struck up a conversation that turned the young man's life upside down, and also gave a start to a new life. That man was Socrates.

The doctrine of Socrates was reformatory; it was strikingly different from what there had been before. In his philosophy, the emphasis was shifted from the study of the world and nature to the study of man. The views and sayings of Socrates impressed the young Plato, as can be seen from the works of the latter.

In 399 BC, Socrates was convicted and sentenced to death. The philosopher was accused of not honoring the gods worshipped by the inhabitants of the city, but instead spreading a new faith, thereby corrupting people. Out of respect for past achievements, including participation in the Peloponnesian war, Socrates was allowed to make a speech of defense (on its basis, was written Plato's Apology For Socrates), and the death penalty was carried out by drinking poison from a Cup.

The execution of Socrates seriously affected Plato, causing him a fierce hatred of democracy. After the death of the teacher, Plato set out on a journey, the purpose of which was to get acquainted with other scientists and exchange experiences with them. During the next ten or fifteen years, the philosopher visited Megara, Cyrene, Phoenicia, and Egypt. During this time, he managed to meet and communicate with Archytas of Tarentum, with another student of Socrates-Euclid, as well as with Eastern magicians and Chaldeans. The latter got Plato seriously interested in Eastern philosophy.

After a long journey, Plato arrived in Sicily. The plan of the philosopher was the creation of the new state, together with the local military commander Dionysius I of Syracuse. According to Plato, in the new state, philosophers should rule, and not drink poison from the Cup to the shouts of the cheering crowd. But the idea was not destined to be realized – Dionysius was a tyrant, who did not like the ideas of Plato at all.

After this fiasco, the philosopher decided to return to Athens. This city forced Plato to reconsider some ideas about the ideal state. The result of these reflections was the Academy, opened in 387 BC, an educational institution in which Plato began to teach other people. Thus a new religious, philosophical union was formed.

Plato's school was named after the area in which the lessons were held (a Park outside Athens), and the area itself was named after the mythical hero Hecadem. At the Platonic Academy, students studied mathematics, philosophy, natural science, astronomy, and other sciences. Learning was through dialogue-Plato believed that this was the best method of knowing the essence of things.

Teachers and students of the Academy lived together- Plato adopted this feature from the followers of Pythagoras. Famous students of Plato were the astronomer Evdok (who introduced Plato to Eastern teachings and religions) and the philosopher Aristotle.

In 366 and 361 BC, Plato revisited Sicily at the invitation of his friend Dion, ruler of Syracuse and brother-in-law of Dionysius I of Syracuse. Dionysius did not like this arrangement, as he eloquently makes it clear by the murder of Dion. The death of his friend saddened Plato and forced him to return to Athens, where the philosopher continued his studies until the end of his days.

To date, no original works of Plato have survived, but only copies. The oldest copy of the work of the philosopher was found in an ancient town 160 km southwest of Cairo, written on Egyptian papyrus.

Plato's works form the Platonic corpus. We should thank Aristophanes of Byzantium, an ancient Greek bibliographer, for the preservation of the collected works of Plato. By the way, it was he who first structured the works of Plato, dividing them into trilogies.

The restructuring was later carried out by the philosopher Thrasyllus of Menda, the court astrologer of Tiberius Julius Caesar Augustus. Thrasyllus grouped Plato's writings into a tetralogy, a similar division still in use today.

There were other attempts to structure and group the works of the philosopher. There is also a popular version of the Russian antiquarian Aleksei Losev. According to Losev, the books of Plato should be divided into four periods: early (Crito, Charmides, etc.), transitional (Euthydemus, Ion, etc.), mature (Timaeus, Republic, etc.) and late (The Laws).

For a long time, only one work of Plato - Timaeus - was available to the General public. The situation was corrected by the Italian philosopher Marsilio Ficino (1433-1499), who translated the remaining works of the philosopher from ancient Greek into Latin.

After the assassination of Dion of Syracuse, in 354 BC, Plato returned to Athens, where he lived until the end of his days. In the last days of his life, Plato began work on a new book, On the Good. The basis of the work was already formed, Plato shared it with his students. However, his words were never transferred to paper.

On his birthday in the year 348 (or 347) BC, Plato left this world for fundamental reasons - from old age. The philosopher was buried in Ceramics, not far from the Academy. The words were carved on his tomb:

"Two sons were begotten by Apollo, Asclepius, and Plato. One heals the bodies and the other - the souls."

In memory of Plato, paintings and engravings were created (photos are available on the Internet). The character of the philosopher has also appeared in the movies: Socrates (1971), Die Nacht (The Night) (1985), Le banquet (1989). In 2010, the latest movie featuring Plato was released under the title The Death of Socrates.

The philosophy of Plato is based on the theory of Socrates, according to which actual knowledge is possible only in non-subjective concepts, which constitute an independent incorporeal world, coexisting with the world of sense. Being is the absolute essence, Eidos (ideas), beyond the control of space and time. Ideas in Plato's understanding are autonomous, and therefore only they can be truly learned. This is stated in the works of the transitional and mature period.

In the works of Plato, Critias and Timaeus, the history of Atlantis, the ideal state, was described for the first time.

The cynic Diogenes of Sinope (the one who lived in a barrel, and went by day with a lantern "in search of a human") often argued with Plato. When Plato said that human was a two-legged animal without feathers, Diogenes slipped him a plucked chicken, calling him Plato's human. After that, the philosopher had to add the phrase "...with flat (wide) claws" to the wording.

Plato was an opponent of passions and flamboyant manifestations of emotions, he believed, that such behavior was too basic and contained harm in itself. He expressed his opinions about the relationship between men and women in his works. Hence the term "Platonic love."

To gather students for classes, Plato built a device based on a water clock that gives a signal at a given time. That is how the alarm clock was invented.

"To prefer evil to good is not in human nature; and when a man is compelled to choose one of two evils, no one will choose the greater when he might have the less."

"The direction in which education starts a man will determine his future in life."

"The beginning is the most important part of any work, especially in the case of a young and tender thing; for that is the time at which the character is being formed, and the desired impression is more readily taken."

"Neither do the ignorant love wisdom or desire to become wise; for this is the grievous thing about ignorance, that those who are neither good nor beautiful think they are good enough and do not desire that which they do not think they are lacking."