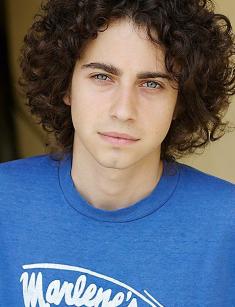 He is a skilled actor who has appeared on the screen since 1996. He worked as a child actor, and he was lucky to get the signature role in the popular TV series. Even though he disappeared from the screen in the 2000s, he remained a loved actor by many people.

The actor has a normal childhood. He attended a public school and was raised by both his mother and father. He was born on the 14th of September in 1984. As a matter of fact, Adam's childhood is closely connected with his acting career, as he was a demanded child actor.

The boy quickly determined his fields of interest. He likes playing football and basketball. Besides, he was charmed by a live audience and enjoyed taking part in various performances.

His absolute idol was Kevin Spacey, besides he loved Broadway.

His career began in 1996. He was just seven years old, but thanks to his skills and passion, he got his first role in the commercial. Having appeared on the screen once, Adam got addicted to acting. That year he also appeared in the movie "Radiant city," which was his debut role on the screen.

In 1998 he appeared on the other movie, "The day Lincoln was shot." But the breakthrough happened in 2001 when the young actor got a signature role in the TV series "Lizzie McGuire," where he played alongside Hilary Duff and Lalaine Vergara.

Unfortunately, after the commercial and critical success, the actor disappeared from the screen when the TV series came to an end. Nevertheless, he appeared on several movies, and in 2020 he will appear on the reboot of "Lizzie McGuire."

In 2005 he dated with the singer, but their relationship came to an end in 2008. The actor is prone to keep his private life secret. He never shared the reasons for their split. Nevertheless, he maintained a significant social presence on Instagram, Twitter, and other social networks.

He is a handsome man; his height is 5 feet and four inches.

Besides his intensive career, the actor managed to combine work on the set with education. Thus in 2005, he got a degree in geography, later he obtained a degree in public administration. Besides, he studied acting at the Irish Arts Center. The actor said that the decision to get an education was one of the best solutions in his life: "It's supposed to be the best four years of your life. I wanted to get back into the social environment. I get bored pretty easily, and I don't want to get locked down in one profession." His net worth is $1,5 million.

As to his relationship status, he is not married, and there is no information about his girlfriend on Internet.