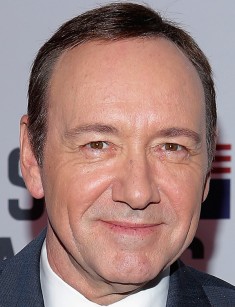 Kevin Spacey is an American actor, film director, screenwriter and producer. Kevin Spacey Fowler was born in a small town South Orange, New Jersey. Thomas Jeffrey Fowler, Kevin's father, was a writer of technical documentation. Kathleen Ann Knutson, the mother of the future Hollywood star, was a housewife and sometimes worked as a secretary. Kevin is the youngest child in the family of Thomas and Kathleen. He has a brother Randall and a sister Julie.

The family often moved from city to city because of his father’s profession. A few years later the Fowlers finally settled in California.

Firstly, Kevin went to the elementary school in San Fernando, where the future actor studied for several years. But Kevin had problems with his behavior, so his parents had to send his son to the Northridge Military Academy in Los Angeles. But even there the strict system of the upbringing could not influence the expressive teenager, and in a year the future actor was expelled.

The young man returned to the first school, where he discovered the world of theatre art. Kevin began to participate in all school plays and understood that he would like to continue doing this. After the role in the play based on the play "All my sons" by Arthur Miller, the Chatsworth School invited Kevin Fowler to study at a specialized drama class.

After school, Kevin entered the Los Angeles Valley College, but then he went to New York and attended the acting school "Juilliard." At this school, Spacey played roles in such plays as "The Sound of Music" and "An Ideal Husband." At the same time, the actor takes a pseudonym "Spacey", replacing the surname of his father with the maiden name of his grandmother. But, after studying for only 2 years, the young man left his studies to concentrate on professional plays in the theater.

In 1981, Kevin Spacey signed a contract with a theater agency and began to perform as a professional actor on Broadway. The actor played in Shakespeare's play “Henry VI”, in drama “Hurlyburly” by Reib, in the play “The Misanthrope” Molière. In “The Seagull” by Chekhov he played the role of Treplev, and in the drama “Ghosts” by Ibsen he appeared in the role of Oswald.

In 1986, Kevin Spacey played along with the famous actors Jack Lemmon, Peter Gallagher, in the play "Long Day's Journey Into Night," after which he received an invitation to star in the cinema. But Kevin didn’t leave the theater. He continued to play dramatic roles on the stage and in 1991, for participation in the play "Lost in Yonkers", he received the theater award "Tony".

The first notable success came to the actor in 1995, after the release of the thriller "Seven", in which Kevin Spacey played the role of a serial killer John Doe. For this role, the actor received the MTV Movie Awards, the National Council of Film Critics of the United States and the New York Society of Film Critics. This success was supported by the film "The Usual Suspects", which was released in the same year. Another minor role of the villain brought Kevin Spacey his first "Oscar" in the nomination for the best supporting actor. Also, the actor was nominated for the Golden Globe.

After this success, the American actor starred in the thriller "A Time to Kill", the drama "Midnight in the Garden of Good and Evil," the thriller "L.A. Confidential" and the action movie "The Negotiator". For these works, Kevin Spacey got very high ratings of film critics.

In 1999, the psychological drama "American Beauty" appeared on the screens, in which Spacey for the first time appeared in the main role. The film was very successful. From that moment the actor's photo was on the covers of the main cinema magazines of the planet. The film was nominated in Oskar in 8 categories, 5 of which won. Kevin Spacey also got his statuette. The American was recognized as the best actor of the year.

After that, Spacey starred in more than 20 films. The most notable movies were: the action movie “Ordinary Decent Criminal”, the drama “The Life of David Gale”, the comedy “Casino Jack”, the drama “21” and the family comedy “Father of Invention”. Also, film critics noted the Russian-American short film "The Envelope", which tells of an unusual situation from the life of the famous writer Eugene Petrov. Kevin Spacey played the role of a famous co-author of "12 chairs" and "The Golden Calf".

The actor starred in the popular worldwide television series "House of Cards", which was released in 2013. Kevin Spacey and the actress Robin Wright brilliantly played the Underwood spouses, who will not stop for the sake of their goal – the total power. Four seasons of a multi-part film have already been released. Fans call the film the most successful in the creative biography of the actor.

At the same time, the film "9 lives", released in 2016, the viewers consider the worst in the career of the actor. According to many viewers, in this film, the actor couldn’t show his talent.

More than once the fans of the actor assumed that Spacey is gay. The reasons for such rumors were publications in the press. In 2006, the representatives of The Daily Mirror reported that Kevin's name was on the list of homosexuals, which is used in the program to prevent homophobia among high school students. Soon the program managers apologized, calling it a "mistake."

On October 30, Kevin Spacey told that he is gay. According to him, during his life, he had relationships with both women and men. And now he wants to spend the rest of his life as an open gay. Before that, he starred in "The Star Trek" and the actor Anthony Rapp accused Spacy of harassment during their general participation in the Broadway musical. According to Rapp, the drunken actor made a sexual advance toward. Spacy apologized publicly.

Kevin Spacey is also known as a parodist. The actor can speak with the voices of many Hollywood stars, which he demonstrated in the TV show "On the set."

Kevin Spacey is actively involved in filming. In 2017, there will be a premiere of two films with the participation of the actor - the thriller "Baby Driver" and the new season of the series "House of Cards".

"House of Cards" is the most popular series of our time. On May 30, 2017 there was a long-awaited premiere of the new season. A few weeks before the show, the creators presented a movie trailer.

"Americans do not know what they need. It's good that they have me, "Francis Underwood says in a sinister voice, played by Kevin Spacey.

Fans of the series were waiting for new series because there was an intrigue, which told about the new ambitions of the president. As Spacey says, "all citizens of the country are one Underwood nation."

In 2016, world politicians, economists, and journalists gathered in Kiev for the 13th Forum "Yalta Economic Strategy" (YES). The event was organized 13 times by the Victor Pinchuk Foundation. Economists and politicians constantly discuss issues related to the further global development of the planet. Kevin Spacey also arrived at the event. The American actor became a special guest of the YES forum. During the speech, Spacey said that if he became a president of the most powerful state in the world, he would try to overcome political corruption.

Spacey believes that he would have tried to become completely different from President Francis Underwood, whose role he plays. The actor also noted that due to his role he learned a lot about American politics and the duties of the president.

"Firstly, I would try to overcome political corruption. Even in the US, money is wasted in the government, and it's so shocking because we could feed the world on these funds" - the actor said at an economic forum in Kiev.

According to Spacey, it is better to cooperate with each other than to fight. The American said this, answering journalists' questions about radical sentiments in Europe. 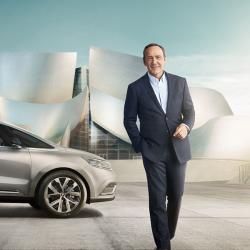