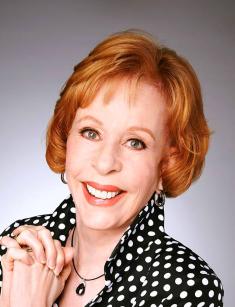 The actress has a prolific career as a comedienne. She has a natural talent which helped her to become the famous personality. The artist always felt in the comic genre like a duck to water. In her childhood, she suffered a lack of love and affection. Being in the spotlight and having thousands of admirers, the artist managed to compensate her bitter early years. The artist has a long-lasted career and full recognition. Her shows became classic and brought her a good fortune and numerous awards. But the artist's personal life not always took this turn.

The future Hollywood star had not simple childhood. Both parents of the artist had a creative nature but also had a substance-abuse problem. The girl spent all her early years with a grandmother. She and her lovely granny lived in a boarding house in California.

The artist as a child had a bright imagination; thus, one day, she invented a twin sister and fooled other boarders. Later she was exhausted from constant pretending, and imaginary twin sister vanished. The girl had her first music experience in early years; sometimes, she sang songs with her mother, who was a trained musician.

As a young lady, she worked as an usherette in the theater. Carol was a highly sensitive and loose-limbed girl. Although she was a wallflower, her bright natural talent separated her from others. But this wasn't enough to study at UCLA; the artist needed to pay for her tuition. And one day she received the anonymous envelope with $50 – the amount which she needed to pay for the first semester.

She entered the university to study Creative Arts. In college, the actress had a goal of becoming the playwright. She had to take an acting course - she just hadn't a choice. She was not ready for acting and had any idea of becoming the actress. But her first experience as an actor changed everything.

Carol was so excited when she came at the stage for the first time and decided to do her best.

The audience was affected: people laughed and enjoyed her performance. The actress mentioned later that felt incredible warmth and happiness around her that moment. She had so much coldness and emptiness before that, and this performance turned out to be the biggest sensation in her life.

She continued performed and proved to have natural talent, comedic, and music skills. Unfortunately, Carol's mother couldn't share her daughter's achievement. Her mother dreamt that Carol would become a writer.

The artist wished to try herself in musical comedy in New York but hadn't enough money. She had been helped by chance when, one day, the young artist performed on a party. After her performance, a man and a woman asked about her plans. She told them her wish and money problem.

This substantial man proposed her $1, 000, which was an interest-free loan. He gave money on several conditions. First of all, this amount should be repaid within five years. The second term is revealing of his name. And finally, when she achieved success, the actress would help other beginning artists with aspiring talents.

In the early 50s, she appeared on the children's TV program. Then the actress took part in various sitcoms and shows. In 1967 she started work on her program.

In the very beginning, the management considered that only men could do a variety show and could not imagine how Carol managed with this task. But they gave her one season when she could do anything that she wanted.

She decided to do a traditional variety show with parodies and musical numbers. As a result, her work had immense success, and the artist got two Golden Globe Awards.

There were many amazing sketches, musical scenes, parodies on the show — all they gave Carol a splendid opportunity to unleash her potential and become a classic stand up comedienne.

She worked with many talented comics – Harvey Korman, Tim Convey, Jerry Lewis, Lyle Waggoner, and Julie Andrews. Their collaboration brought legendary sketches. One of the most famous characters of the show is Mrs. Wiggins, where the artist displayed her comedienne's talent on 100%.

The other bright heroine of Carol is Charo's mother.

While the actress was working on the show, she also starred in films and was nominated for Emmy for Carol's labors. Thus she took part in "Twilight Zone." Her popular TV program ended after eleven seasons in 1978. The last show was billed as a special evening where the actress presented a video scrapbook with unforgettable moments and legendary parodies. Sing off Song is a closing one, the artist sang it and tugged her left ear.

Then she tried herself in dramatic roles, "Friendly Fire" among them. In the 90s she returned on TV where she appeared on a popular sitcom. In the 90s "Carol Burnett Show” had brief revival, but it lasted for a couple of months.

At the age of 86, the actress continues to perform. Thus, in October 2019, she will perform in Hanover theater. Besides, in 2019 she becomes one of the behind voice actors of "Toy 4".

The actress sued The Fox TV cartoon sitcom "Family Guy" for the episode with a parody on her variety show. She stated that the artist had exclusive rights to her name, and depicting her characters were not possible without her consent. The episode portrays her character Charwoman as a porno-shop maid.

Moreover, other heroes of the episode made crude comments about her signature sign – tugging on the left ear. The judge agreed that this portrayal was rude, but the episode was a parody, which is protected by the First Amendment.

She is also a classical actor whose work is recognized. She started to work at the theatre when her career only began. Thus, she made her debut in "Once Upon a Mattress" in 1959. Then there was hard work and numerous awards.

In the 90s her attempts at sketch comedies weren't successful amid changing tastes and economics of television comedy. And the actress kept her hand in the live theater but not in New York. She worked in California. In one interview she confessed that the artist had never regretted to work in Long Beach. Besides, there had been many proposals to come back on Broadway. Thus in 1993, Burnett was very excited when she read the script of "Love Letters."

The colleagues recall her as a very hardworking, down-to-earth, and always prepared professional. She also starred in theatrical films playing dramatic roles.

Her first marriage was in 1955; she married her college boyfriend. In 1962 the couple broke up. She and her second husband Joe Hamilton were glad in their marriage. They had three daughters. But this marriage ended in divorce too in 1984. The eldest daughter of Carol tragically died. The actress went through the heartsick of losing and wrote the book about their relationships.

In 2001 Carol became a wife of Brian Miller, he is 23 years her junior. She and her husband live in Santa Barbara. They haven't any common children. The actress always looked younger; her style is trim and elegant.

The artist with her husband

Carol had good friends, Betty White and Julie Andrews among them. The artist and her partners of "The Carol Burnett Show," Vicki Lawrence and Tim Conway became close friends. Burnett remembers Tim Convey as a brilliant comedian and a loving human being.

She also shared pleasant memories of Jim Nabors when the actor died. Carol had a warm relationship with Joan Crawford.