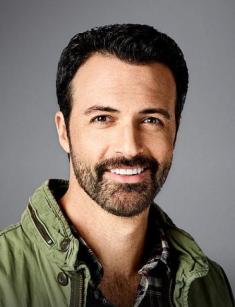 The Albany native, Reid Scott, started his acting career in the early 2000s. Since then Scott's credits have included several TV shows like CSI, Bones, American Dreams, plus starring roles on My Boys, Veep, and Why Women Kill. In 2018 Reid starred in superhero movie Venom alongside Tom Hardy. Reid is married and has two small sons. According to several sources, Scott’s net worth can reach $10 million, including all of his properties and earnings.

The birthplace of Scott was Albany, the seat of Albany County. He became the first of two children for Neil and Kathleen Weiner and appeared on November 19, 1977. He attended the elementary school in the Shenendehowa district, transferred to LaSalle Institute in Troy for grades 7-11, and then continued his education in Shenendehowa for his senior year. From an early age, Reid was interested in music and liked playing the guitar.

The boy was a pretty good student, so he guessed his parents took it easy on him when he was a senior. LaSalle was great, they had some wonderful teachers, and Shenendehowa had a great arts facility, according to the hero. His mom was a teacher at Shenendehowa, and she inspired him and kept him on an artistic path. Initially, Scott thought he started performing way back in the fifth grade, but he didn’t start thinking about pursuing something like that in college seriously until he was a junior in high school.

Following his senior year, Scott entered Syracuse University. His grandmother taught there, and his grandfather was a student at Syracuse, so Reid’s college choice was a fairly easy one. He graduated in 2000 with a degree in film and theater, and when he was done, he headed right to New York and immediately found work.

Like a lot of students in the arts, Scott went to New York and got a job bartending. But he went on auditions, did some writing and directing, and tried to mount a few plays and found out how hard that was. But he did stay pretty busy.

Reid started acting career from small commercial appearances and minor roles in theaters. In 2002 he got a chance to appear on the big screen, playing Ted in Fox’s period sitcom That ‘70s Show, in episode titled Over the Hills and Far Away. Soon, the director of NBC’s American Dreams invited the novice actor to become the cast member of series in four episodes.

A year later, Reid got his first significant role on TV. He starred in It’s All Relative, sitcom that aired on ABC from October 1, 2003, until April 6, 2004. The series was about two families in Boston — one lower-class Irish Catholic and the other an upper-class WASP household headed by a gay couple — who were reluctantly joined together when their kids get engaged. Scott played the role of Bobby O'Neill, the son of Mace and Audrey, and Liz's fiancée.

Bobby might not be the brightest or the most hard-working, but he loved Liz and was willing to overlook their vast differences to be with her. Bobby worked at his family's bar. He and Liz met at a Vermont ski resort after she sprained her ankle on a "bunny slope," and he took her back to the lodge. When he and Liz announced their engagement, they moved into Philip and Simon's guest house.

Although Reid signed his first rather serious acting contract, he desperately needed money at first and even borrowed it from his father. After the ABC’s project was over, Scott appeared on several projects, and in two years, he became one of the main stars on TBS’s sitcom My Boys, the project that brought the actor the wide popularity. He portrayed Brendan Brando Dorff, a former hard-rock radio DJ and former roommate of PJ, whose on-again, off-again relationship with his girlfriend often left him crashing at PJ's apartment and eventually led to him moving in with her again.

In the second season, Scott’s character lost his job when the station was bought out by corporate interests. He was usually dressed in a band T-shirt. Later Brendan became the manager of John's Club, an endeavor that he paired up with John, Bobby's friend whom he met at Bobby's bachelor party. At the same time, Scott had landed a recurring role on Showtime's The Big C. The actor played Dr. Todd, the oncologist of Laura Linney's character, Cathy. Todd's intelligent and well-trained but lacked experience.

Movies and TV series succeeded each other until Scott got into the big project of HBO, political satire comedy TV series Veep. It brought the new wave of popularity to Reid, who got several nominations thanks to that work. He began attracting the journalists’ attention on Emmys Awards, and people began to recognize Reid as Dan Egan, the Deputy Director of Communications in the Vice President's Office. The character was highly ambitious, cutthroat up-and-comer in D.C., who took pride in his contacts and networking skills.

Dan had romantic relations with the daughters of big politicians. He had a brief stint as Selina's campaign manager for her Presidential campaign but was fired from that position after having a nervous breakdown following several crises. Dan resumed his post in Communications but was fired as a scapegoat amid a data-theft scandal.

After briefly working unsuccessfully as a lobbyist and as a CNN analyst, he returned to the campaign staff, as a senior campaign official. When Selina failed to win reelection, Dan went to work as a lead anchor on CBS This Morning.

Reid participated in a lot of movies and TV series while starring in Veep and gave the audience many memorable roles, such as Justin Miller in Home Again, Dr. Dan Lewis in Venom, and Kevin Jennings in Black and Blue. In 2019 he was involved in highly rated dark comedy-drama Why Women Kill, where he got the role of Eli Cohen, a screenwriter in an open marriage with Taylor, who fell in love with Alexandra Daddario as Jade, the bisexual mistress of Taylor. Ten series were released from August to October.

In 2014 the actor appeared all smiles on the cover of Mr. Porter's spring/summer fashion publication The Journal, and he also shared the happy news on the red carpet during the second season premiere of HBO's Veep. There, Scott happily announced that he was engaged to his longtime girlfriend, Elspeth Keller.

He reported that he proposed during a break in Palm Springs after asking her father permission for her hand in marriage. The couple tied the knot, exchanging vows in front of friends and family on June 21. Among the guests was Mad Men star Ben Feldman, who shared a photo of the happy couple enjoying a dance at the reception. On March 31, 2015, Reid’s wife gave birth to their first child, a son, Conrad. Three years later, the pair welcomed their second son, Damon Leif Scott.