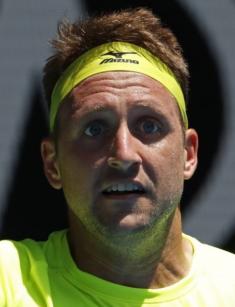 Tennys Sandgren is an American tennis player and one of the ATP Top 100 members. Although his current ranking is not high, the athlete is capable of competing with best opponents in the world.

The would-be sportsman was born in summer 1991 in Tennessee. The boy’s mother, Lia Lourens, came from South Africa, and the dad, David Sandgren, had Swedish roots. The name “Tennys” was given to the child in honor of his great grandfather from the paternal side.

Tennys received his education at home. He took up tennis at the age of three and started participating in various tournaments at seven; the mother was also a coach for her son.

As long as Sandgren entered the University of Tennessee, he joined the Tennessee Volunteers’ and proved to be a valuable asset for the team. During his second year, the young man took part in the NCAA Singles Championships and reached the semifinal level.

In 2011, Tennys turned over a new leaf in his life and went on the professional level, debuting in the ITF Futures games and continuing with the Challenger matches. The 2014 surgery put off his progress for a while, yet Sandgren returned to the court and participated in another Challenger final in Columbus. Occasional losses, like the one with Bradley Klahn, did happen.

2017 was a special year: multiple Challenger victories and the ATP World Tour allowed the athlete to climb to the Grand Slam level and show his talent in the French Open. The next season, he debuted in the Australian Open, beat a top ten rival Stan Wawrinka, and triumphed over number five Dominic Thiem.

2019 was mixed for Tennys: he earned his first ATP Tour title and ranked 41 in January but faced several losses in a row and an injury. In addition, the US Open performance was good.

Tennys used to date the scandalous reporter Britt McHenry, whose rude conflict with a towing company cashier was recorded on video and led to her suspension from ESPN. The couple looked happy together; Britt often attended her boyfriend’s games. However, they broke up at the beginning of 2019.

Sandgren himself is a controversial figure when it comes to politics. As he defeated Dominic Thiem, many tennis lovers checked his Twitter page and found some racist and ultra-right content, even though there is a line on his bio: “likes/rtwts are not endorsements”. Some materials, like a thread with James Blake, were deleted.

In January 2020, Sandgren lost to Roger Federer in the quarterfinal of the Australian Open. It was impossible to predict who the winner would be until the very end; both opponents were close to the cherished victory. Thus, Federer will meet with Novak Djokovic in the next event.

Tennys Sandgren’s net worth is $2 million in 2020. His career earnings come from tennis activities and the collaboration with the sports clothing brand ASICS.