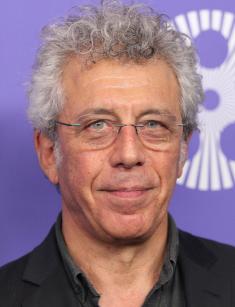 Eric Bogosian is an American actor, playwright and writer of Armenian descent. You might have seen him in dozens of movies and TV shows. He has written numerous plays and monologues for theater.

Eric was born on April 24, 1953, in Boston, Massachusetts. His dad's name is Henry, he's an accountant. His mom's name is Edwina, she's a hairdresser and she teaches young professionals.

The future star spent his formative years in a big Armenian community. Some of its members survived the genocide of this ethnic group. One of Eric's most prominent plays, SubUrbia, is based on the experiences of this period of his life. He was in high school when he realized his passion for theater.

Eric appeared on the screen in movies directed by Woody Allen, Agnieszka Holland and other renowned directors. Several fascinating films were based on his works — like Talk Radio with Alec Baldwin.

The star looks like Anthony Bourdain's twin brother. Fans expected him to play Anthony's part in the latter's biopic.

His most remarkable TV role was in Law and Order: Criminal Intent. In 2022, the Interview with a Vampire series was released where Eric was involved.

Bogosian created 6 produced plays. Some of them are focused on the specifics of an artistic career, such as "1+1". Off-Broadway theater fans know Eric very well. He makes brilliant one-man shows.

In 2005, he performed the role of Satan on the stage, to critical acclaim.

Eric launched the dance series at The Kitchen. He contributed to the production of New York City Ballet and a documentary about the legendary choreographer Balanchine.

In 1986, he released a collaborative music album with Frank Zappa, called Blood On the Canvas. It's available on YouTube and as a bootleg out of Japan.

In 1980, Eric walked down the aisle with Jo Anne Bonney. She's an Off-Broadway theater director who specializes in developing new plays. She was born in Australia and relocated to NY in 1979. Jo debuted in theater by directing her husband's solo work. Since then, she has helped him with many other plays.

His wife gave birth to Harry and Travis Bogosian.