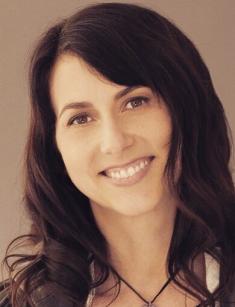 MacKenzie Scott is an American award-winning author, anti-bullying activist, charity organizer and one of the founding Amazon team members. She is the ex-wife of the founder and former CEO of Amazon, Jeff Bezos. MacKenzie Scott has been named one of the most powerful female individuals in the USA and the world due to her remarkable achievements in philanthropy.

MacKenzie Scott has made a name for herself after stepping out of the shadow of her former husband as a human rights activist. She briefly became the world's richest woman after her divorce in 2019. MacKenzie Scott pledged to spend at least half of her wealth on worthy causes. She is a signatory to the Giving Pledge campaign run by Bill and Melinda Gates. Her most notable donations include Big Brother Big Sisters foundation and the US Girl Scouts.

MacKenzie Scott was born MacKenzie Scott Tuttle in San Francisco, CA to an upper-middle-class family. Her birth date is April 7, 1970. Her parents are Jason Tuttle, who worked in finance, and Holiday Robin, a homemaker. She has two male siblings.

MacKenzie Scott discovered her writing gift at the age of six. She was set to become a big-name writer, studying under Nobel Laureate Toni Morrison and earning her BA degree in English at Princeton University. She was a promising young writer, often commended by her teachers and other superiors. Toni Morrison called MacKenzie Scott one of the best students she had ever taught.

As a professional writer, MacKenzie Scott debuted at the age of 35, publishing her psychological novel, The Testing of Luther Albright to critical and commercial acclaim. It won the prestigious American Book award just a year after being published.

MacKenzie Scott became one of the founding employees of Amazon in 1994, a year after marrying Jeff Bezos. The couple left the investment management firm they worked at, and moved to Seattle, WA. MacKenzie helped her husband with accounting, freight contracts, and logistics. After their startup took off, MacKenzie decided to focus on her literary career and raising the children.

MacKenzie Scott's marriage to Jeff Bezos lasted almost 26 years. The couple has four children, including one daughter, who was adopted. The marriage was ended due to a breach of trust, caused by Bezos's infidelity.