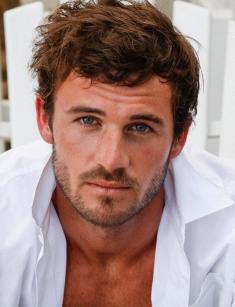 Tommy Paul is an American professional tennis star. He performs equally well in the singles and doubles formats.

The future celebrity was born on May 17, 1997, in Voorhees Township, New Jersey. When he was three months old, his family relocated to North Carolina. Tommy still lives there.

His dad's name is Kevin. His mom's name is Jill. He has a brother named Dylan and a sister named Jessie. Tommy prefers to keep his personal life out of the limelight. There has been hardly any information available about his family and early years.

Tommy's parents introduced him to tennis when he was 7 years old. In the first few years, he didn't showcase any outstanding achievements. No one could possibly make a precise prediction about how his career would unfold.

Tommy switched to professional sports in 2015. Rather unexpectedly, he played brilliantly at the Roland Garros. He didn't lose a single set before the finals. In the final match, he played against Taylor Fritz and won. He finished the championship with an excellent score.

Sports experts didn't expect him to sustain this success. As a junior, Tommy never got serious injuries. After he became a pro, he began to damage his limbs too often and it took him a lot of time to recover.

Nevertheless, in 2019, he made it to the Top 100 ranking for the first time. The next year, he represented his homeland at the Olympic Games in Japan.

Tommy prefers to play on clay, which is not too typical of Americans. He performs very well on the baseline. At the same time, he doesn't mind frequently approaching the net.

Apart from tennis, he enjoys dirt biking, surfing and playing golf and basketball. He signed endorsement contracts with such renowned brands as The Wilson Sporting Goods Company (rockets), New Balance (shoes) and Nike (clothes). In 2022, his net worth is estimated to be around $2 million.

His booking agent is Alex Serna. In 2020, Brad Stine became his coach.

Tommy claims he doesn't want to be a "boring" sportsman. He wants his fans to have fun when they watch him play.

He is a foodie. Every time he travels to a new place, he tries to visit the best restaurants in the area.

In 2020, Tommy began to date Christina Almeida. She became famous on the Internet under her Kiki Passo alias. She's a model and social media influencer of Brazil origin but she grew up in Miami.

Their relationship lasted slightly over a year. Only their dearest and nearest know why they decided to call it a day. After the breakup, Tommy seems to be single.