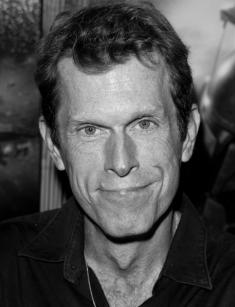 Kevin Conroy was an American actor of Irish descent. He voiced the main protagonist and Bruce Wayne in Batman movies.

Kevin was the youngest kid of four. His parents welcomed him on November 30, 1955, in New York.

When he was 11 years old, his family relocated to Connecticut. In 1973, Kevin came back to NY. He got a scholarship to the Juilliard School and specialized in drama. Robin Williams was his roommate.

At the beginning of his career, Kevin landed roles in TV soap operas. In 1992, he started to voice Batman, after replacing Adam West. No other actor kept this job longer than him, he established a record. You might have heard his voice not only in movies but also in around 20 video games of the same franchise (Batman: Arkham Asylum became one of the biggest examples of commercial success).

After the terror attack of September 11, this actor volunteered to cook for firefighters and policemen. These people were surprised to see him at that unusual location. A fellow cook asked Keving to call out the legendary phrase "I am Batman!". There were many fans of the franchise among the emergency staff and they applauded enthusiastically.

Mark Hamill, who voiced Joker, couldn't stop praising Kevin's professionalism. Mark said he was eager to join any project that Conroy was involved in, without even reading the script.

Apart from acting in movies and TV shows, Kevin performed on stage. After graduation, he embarked on a national tour together with his teacher's acting collective. In the 1980s, he was busy on Broadway. His repertoire featured both classic and contemporary pieces. In 1984, one of his roles was Hamlet.

In 2016, the star confessed in an interview that he was gay. He was afraid of coming out publicly since he had already lost several jobs because of his orientation. However, it's curious that in one of his first well-known roles, Kevin portrayed a gay character — it was a lawyer in the Dynasty series. During the AIDS epidemic, he lived in New York and witnessed too many of his acquaintances die.

The actor had a husband, Vaughn C Williams. The couple stayed together till the last days of Kevin's life.

Kevin passed away on November 10, 2022, in his hometown. Intestinal cancer was his cause of death. Only his dearest and nearest knew about his diagnosis when he was still alive.

Plus, he was featured in around a dozen miscellaneous movies and over 50 TV projects.