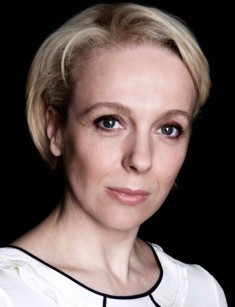 Amanda Abbington was born in London on February 28, 1974. Her family was small: Amanda was the only daughter of a taxi driver and his kind smiling wife Patsy. From her mother the girl with big eyes and a sweet face inherited good nature, responsiveness, openness and undoubted charisma.

As a child, small Amanda dreamed of becoming a ballerina and even started to realize her dream. But on the way to her ambitions and desires was a serious trauma. This plan had to be canceled, and while the girl was thinking her life purpose she almost accidentally appeared on television. When she was 22 years old, she played a small role as a driver in the film "The Bill: Target", and also starred in the popular series" An English Murder. "

The roles of the actress were charming even Englishwoman liked her. She began attending various auditions in the hope of finding films in which she would be offered to play any roles. Amanda did not achieve fast and deafening success in the acting career, but she gradually began to get small roles in various TV series: Wycliffe, Casualty, Dream Team, The Sins, Hearts and Bones, and others.

In 2000s Abbington began to play roles in feature films and in television mini-series: “Men Only”, “The Debt”, “Derailed”, “The Brooze Cruise 2”, “The Brooze Cruise 3”, “The Altogether”. By the way, during the project "Men Only" the girl met her future husband Martin Freeman.

Then there were still small roles in the series “After You’ve Gone”,” Harley Street”, “Poirot”, “Psychoville”, “Case Histories”, and even the well-played role, of Golda in the famous British TV series "Being human" about a werewolf, a vampire and a ghost who try to live a normal human life. Amanda Abbington also played small roles in the foreign films "Swinging with the Finkels" and "Ghosted", released in 2011.

A real breakthrough in the career of the actress was the participation in the shooting of the BBC series “Sherlock”, along with Benedikt Cumberbatch, Andrew Scott and Martin Freeman. Amanda got a very important role of Mary Morstan / Watson, the wife of John Watson, whom played her husband. Mary appeared in the third season of the series and died in the fourth, leaving her John grieving. And numerous fans of the series around the world finally fell in love with the charismatic big-eyed actress.

Another significant project in the filmography of Amanda is the series "Mr. Selfridge." Abbington played the role of Miss Mardle. The series tells the events of 1914-1915, and its creators tried to show in detail the atmosphere of that era. During the filming Amanda was delighted with the numerous scenery and noted that working with props was like being in a toy store.

Shortly before meeting Martin Freeman on the set of the series "Only Men" in 2000, Amanda saw the actor in a small television sketch and for some reason was really impressed by him. It seemed to her that this was the man she needed. And soon she accidentally met Freeman himself, who at the time, like Abbington, was alone. Amanda and Martin immediately fell in love with each other and few weeks after they met, they were living together.

The love story of this couple, the height of whom isn’t 1.7 meters, began even before the husband of Abbington gained international popularity thanks to the shooting in the TV series "The Office". Soon, Abbington gave birth to their children: in 2005 a son Joe was born, in 2009 – a daughter Grace. The actors had no wedding, although they lived together more than 15 years, delighting their fans with nice photos in Twitter and Instagram.

Martin and Amanda broke up in 2016, without explaining the reasons for this decision. However, they assured the journalists that they remained good friends and continue to love each other. 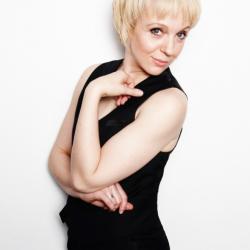