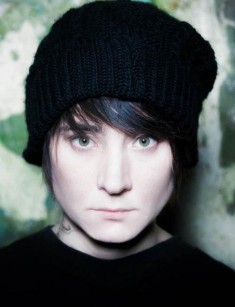 Zemfira is the "broken voice of the generation", according to the "Ogonek" magazine, a Russian rock singer, songwriter, composer and music producer. Zemfira created Russian rock, which journalists defined as "female rock".

Zemfira Ramazanova opened a new page in Russian rock music. The press calls her style as "female rock". The singer, who topped all radio stations, is still popular after 18 years. And every year the number of her fans only grows.

Zemfira was born in Ufa to an intelligent Tatar-Bashkir family. Her father Talgat Talhovich worked as a teacher of history, and the mother Florida Hakievna worked as a specialist in physiotherapy. The girl had an elder brother Ramil, with whom the singer had close and trusting relationship.

Zemfira's talent for music was revealed very early, already at the age of five the future singer studied in a specialized music school where she studied piano and was a soloist in the student choir. At the same time she appeared on local television with a song.

When Zemfira was seven years old she wrote her first song, performing it at her mother's work. In school years, Zemfira was fond of the songs of the music band "Kino": according to the singer, the songs of Viktor Tsoi and Thom Yorke affected her very much.

At school Zemfira was fond of basketball. Despite the fact that the girl was lower than other girls in the team, she became the captain of the Russian junior team. Thus, in the last classes she had a dilemma: sport or music. Zemfira chose the latter and entered the Ufa School of Arts at the Faculty of pop and jazz vocal.

In parallel with training in high school the girl began to earn money, singing popular songs in Ufa restaurants. However, it was rather boring for her, and in 1996 Zemfira got a job on the radio: she recorded commercials for the Bashkir radio station "Europe Plus". Then she wrote her first demo.

The biography of Zemfira changed in 1997, when at the annual rock festival "Maxidro" the producer of the group "Mumiy Troll" Leonid Burlakov got the cassette with her songs. Leonid decided to give a chance to the talented singer, and at the end of 1998 Zemfira recorded his first album "Zemfira" at Mosfilm studio.

The first album was made in the capital of Great Britain under the leadership of Ilya Lagutenko, the front man and leader of “Mumiy Troll”. The guitarist and drummer of the band also took part in the recording. The disc was released in May 1999. Such songs as "AIDS", "Rockets" and "Ariwederchi" were included into the rotation of radio stations earlier in February. Thus, the public was prepared for the birth of a new star. The song “Ariwederchi” became very popular, but because of the difficult name, fans often called this song as "Ships" on the first word of the chorus.

The presentation of the album took place on May 8 at the club "16 tons". The scene was decorated in spring style, and the singer had flowers in her hair. She used one of the flowers, singing the song "Camomiles".

Also such songs as "Rumba", "Maychki" (also known under the name "Anechka"), "Synoptic", "Why" and others were included to the album.

The album had a great success, over the first six months it was sold more than seven hundred thousand copies. Three video clips were shot: the Riga video for the song "AIDS", which wasn’t released on big screens, "Why" - a concert video from the singer's concert in Ufa, and the video “Ariwederchi”, which was edited and directed in rather strange manner, immediately won the hearts of thousands of fans (Zemfira's face on this video was shaded, there were rumors that the singer is a side project of Lagutenko). The songs "Snow" and "London" were also released.

The first tour, which started three months after the release of the album, also exceeded all expectations: the concerts were full. At the end of the tour Zemfira becomes the headliner of the first music festival "Invasion".

After returning from the tour the group "Zemfira" begins to record a new album, which also was named after one of the songs "Forgive me, my love." The singer admits that it was difficult to create titles.

Nevertheless, "Forgive me, my love" became the most popular disc of 2000 in Russia, and also the most commercially successful of all the discography of Zemfira. The song "Searching" from the new album became a soundtrack of the cult film "Brother 2".

Other songs were also included in the album, which critics and fans later called Zemfira's hits: "Ripened", "Do you want?", "City", "Proved", "P. M. M. L. " and "Sunrises ". Also the album included the songs "Cigarettes", "Do not Let Go" and "London".

The singer becomes the "Singer of the Year" according to the music magazine "OM".

Zemfira didn’t like the increased popularity, and at the end of 2000 she went on a creative vacation, taking part in only one project, dedicated to her musical idol - Victor Tsoi. For the concert "Kinoproby" Zemfira recorded the song "Cuckoo", which was later also included in the single "Goodbye", and "Every night".

The next stage was Zemfira's album "Fourteen weeks of silence", which was released in 2002. During this time, the girl thought a lot about her work, and the album turned out to be unlike her previous albums. Zemfira refused to sing in one style. Because earlier she was constantly compared to "Mumiy Troll", although the band's musicians still participated in recording songs.

The songs "Webgirl", the undisputed hit of the singer, which the fans remembered under the Russian name "The Girl Who Lives on the Web", as well as "Fairy Tales", "Macho" (also known as "Drunken Macho"), "The Main" and others were included in the album. One million discs were sold out, and the singer won the "Triumph" award in 2003. Such singles as "Infinity" and "Traffic" were also released.

2004 was marked for Zemfira by several events at once. She had two bright duets: one at the rock festival "Maxidrome" along with Ilya Lagutenko and the second with Queen at the MTV Russia Music Awards (Freddie Mercury's immortal "We are the Champions").

Zemfira decided to get a higher education in philosophy and entered the Moscow State University, but she did not manage to finish her studies, because she devoted too much time to music.

In 2005, Zemfira's collaboration with an actress and director, charismatic Renata Litvinova begins. Zemfira was invited to create music for the film "Goddess: how I fell in love" by Litvinova. Subsequently, Renata directed the video clip for the song "Itogi" and many other works of the singer. Zemfira's song "Love as an accidental death" was included in the film's soundtrack.

In 2005 the singer presented the fourth album "Vendetta", which included songs "Airplane", "Breathe", "Nebomoreoblaka", "Let's leave it". The singer named the album eclectic in sound, and the main theme was search and anxiety.

In October 2007, Zemfira's new album "Thank you" was released, which the singer released on her own behalf, saying that the group "Zemfira" no longer exists, and there is only the singer Zemfira Ramazanova. The title song of the album was "In the metro", which the singer described as both fighting and lyric.

Before the presentation the song "Boy" and the video clip for the song "We are broken", shot by Renata Litvinova, were released. The songs prepared the audience for the next album.

During the concert tour, a special single "10 boys" was on sale, including ten remixes for the song "Boy", which was collected from the number of works that people sent to the Internet contest. At the same time the film-concert "The Green Theater in Zemfira" was presented, which was shot by Litvinova during the singer's performance in Gorky Park in Moscow.

The final concert of the tour was held in "Olympyski". According to the singer, it took her two years to prepare for the concert. The concert became Zemfira’s major victory.

In 2009 Zemfira released the album "Z-sides", and also tours in Russia and abroad. Also the singer was working on the soundtrack to the art house film "The Last Fairy Tale of Rita", shot by her friend Renata Litvinova. In the same year, the singer writes the single "Australia".

In 2010 the magazine "Afisha" created a list of "50 best Russian albums of all time. The choice of young musicians. “The debut album of the singer took the fifth place in this list, and the album "Forgive me, my love" - the 43rd. Zemfira also received a prize from the Russian Authors' Society "For Contribution to the Development of Science, Culture and Art".

The next album of Zemfira became another success in the history of Russian rock. The disk "To live in your head" had an amazing combination of minimalism, style and sound clarity. It set a new record in Russian Internet sales.

At the end of 2013 three songs were released on iTunes, which almost immediately topped the Russian chart. The group "The Uchpochmack" was written as its singers, this Bashkir word means "triangle". According to the legend, described in the official community of the group in social networks, the team included guitarist Bro, bassist and drummer Luka and vocalist Rocket, represented by animation characters.

Zefira's voice was recognized immediately, and soon she announced the presentation of her side project in the main concert hall "Russia", where the mystery of the personalities of Bro and Luke was revealed: they were Zemfira’s nephews, twins Artem and Arthur Ramazanov.

At the end of 2013 Zemfira was awarded the MTV Europe Music Awards as the best Russian singer. In 2013, 2014 and 2015, the rock singer was on the list of "One hundred most influential women in Russia".

Personal life of Zemfira was filled with all sorts of rumors and conjectures. The beginning of this the singer put herself, at the very beginning announcing her upcoming wedding with the leader of the group "Tancy Minus" Vyacheslav Petkun, which was nothing more than marketing. Since then, the name of Zemfira is unreasonably associated with the oligarch Roman Abramovich, then with the director of the singer Anastasia Kalmanovich.

In recent years, journalists say that Zemfira and Renata Litvinova are more than friends. In the media there were rumors that the stars got married in Stockholm. But they do not comment on this information. The secretive nature of the singer and her dislike for the interview allows journalists to only speculate about her private life.

In 2010, in the family of Zemfira there was a tragedy - her elder brother, Ramil, drowned in the river during the underwater hunting. A year earlier, the dad of the singer Talgat Talhovich died from a long illness, and in early 2015 the singer lost her mother. Since then, the girl tries to take care of the her nephews Arthur and Artem, because of that in 2013 Zemfira created with them a musical project. She has no her own children.

Zemfira has a fan page in Instagram with 188 thousand followers. The account is not verified, and the photos are mostly made at concerts and other social events.

During the tour "Little Man" the singer visited more than 20 cities in Russia, as well as the cities abroad. The first part of the tour started in February, 2016 in Omsk and ended in April in Moscow, the second part was held abroad: in Israel, Germany, Britain, the United Arab Emirates, the USA and Canada.

During the tour "Little Man" Zemfira announced that she stoops making tours. Nevertheless, the singer continued to present, and distribute already recorded songs. Today the official site of Zemfira is a landing page. There are large black and white photos with links to popular online music stores where people can buy Zemfira’s songs: "Apple Music", "Google play", "Yandex. Music "," Spotify "," Deezer "and" Zvooq ".

In July 2017, the journalists found out that Zemfira can write a soundtrack for the film about The World War “Sevastopol 1952 ". Directors of the film are negotiating with the singer.

•Forgive me, my love

• Living in your head 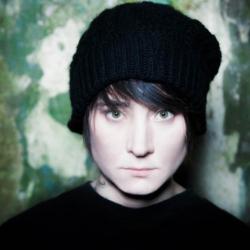