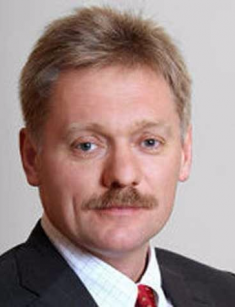 Peskov Dmitry Sergeevich is a famous Russian diplomat who is currently the Press Secretary for the President of Russia Vladimir Putin. Dmitry Peskov’s career is diverse; the man has been performing his political activity since the USSR. Some sources close to Peskov are convinced that the choice of the political career was influenced by Dmitry Sergeevich’s father who was also engaged in diplomacy, mainly in the Middle East.

Dmitry Peskov’s biography began in the capital of Russia – the would-be diplomat and Putin’s press secretary was born on October 17, 1967, in Moscow into the family of the Russian diplomat Sergei Peskov who was the Russian representative for a long time.

According to some people who belong to the man’s inner circle, after Peskov finished school, his father predetermined his son’s biography and sent him to study at Institute of Asian and African Countries at Moscow State University. The future politician received his higher education in 1989 and almost immediately got hired in the system of the USSR Ministry of Foreign Affairs. It is unknown whether the mother influenced the would-be press secretary – there are no exact facts about either her personality or profession in the media or official sources.

Some sources assume that Peskov keeps the data about his mother in secret since her name and appearance may shed light on his nationality. In all sources, it is said that the politician has Russian roots, but the conclusive information about his parents may change it.

When Vladimir Zhirinovsky achieved success on elections in 1993, Dmitry Peskov joined the political party LDPR. In 2013, Peskov was asked about his motivation to have done so, and Dmitry Sergeevich sincerely confessed that the party was attractive for him since the beginning mainly because Vladimir Zhirinovsky was also a turcologist by training.

Dmitry Peskov debuted on TV in 1999. For all three days, the first Russian President Boris Yeltsin was at OSCE summit in Istanbul, Peskov appeared on TV programs since Yeltsin chose him as his interpreter from Turkish. It is known that the current press secretary of the President Dmitry Peskov speaks English, Arabic, and Turkish. These skills contributed to his political career of a diplomat.

After Vladimir Putin won his third presidental elections in 2012, Dmitry Peskov became the Deputy Head of the Administration of the President of Russia. O May 22, 2012, Putin designated him his personal press secretary.

Dmitry Peskov, whose personal biography is the chronology of scandals on TV and in media, has often become the victim of the press – sometimes, he was prescribed the words he had never said. Still, some scandals related to Dmitry Peskov were associated with the truth. Peskov’s statement about the “smeared liver” was one of such cases.

According to Wikipedia, in the middle of 2012, Dmitry Peskov told the Duma deputy Ilya Ponomarev that during the special operation on “The March of Millions” near Bolotnaya Square (the event is dated back to May 6, 2012), the law enforcement authorities should have taken more drastic measures. Peskov said that for the injured riot police officer, “the liver of protesters should be smeared on asphalt.”

This scandalous statement immediately became public – later, the Russian diplomat admitted he had expressed such ideas, but he marked that publishing the words from private talks is not what a real man should do. According to Peskov, his claim was made in a personal conversation – the current press secretary of Putin did not expect that the politician would post this quote on Twitter.

In 2016, the politician continued to work actively. He officially announced that Russia held a peaceful position to other countries and shed light on the discussion of the Kuril Islands Dispute between the Russian and Japanese governments. The scandal fame of the press secretary is so intense that, in the same year, his photo went viral on the Internet because Dmitry Peskov was just wearing red panties in his spare from work time.

The politician’s latter statements are also notable for their odium. At the beginning of 2017, during the scandal related to the alleged collection of the damaging information about the new US President Donald Trump by Russia, Peskov commented on these accusations and called them “complete nonsense.”

In addition to his scandalous career and rich personal life, Dmitry Peskov is notable for his unusual appearance. The politician is not particularly tall or fat, but one detail draws the attention of millions. Dmitry Sergeevich has the unique mustache. By Internet jokers’ effort, the mustache got the personal Twitter and the group in the popular social network Vkontakte.

Peskov’s mustache gained much popularity and loyal followers; it wittingly comments various news in politics, social and cultural life. The attention to it is so close that the country held its breath in 2014 when Dmitry Peskov shaved off the mustache. As it turned out, the politician did it because of the bet with his daughter. She asked her father to shave off his brand mustache if she would pass all state exams successfully. Peskov kept his promise, although, in the short time, he restored his usual appearance.

As the media mark, Dmitry Peskov’s personal life is sometimes scandalous, and his family issues give ground to discuss them as often as his statements. For the first time, Dmitry Peskov married the Soviet commander’s granddaughter Anastasia Budyonnaya. In this marriage, Dmitry and Anastasia had the son Nikolai.

For the second time, Dmitry Peskov married then 18-year-old girl Ekaterina Solotsinskaya. Their age difference was 9 years. The couple lived together until 2012, but they eventually divorced. As Solotsinskaya told journalists, Dmitry Peskov committed adultery with the figure skater Tatiana Navka and she could not forgive her husband: Dmitry and Ekaterina divorced because of this.

According to different sources, nowadays, the ex-wife of Peskov Solotsinskaya lives in Paris and works for charity organizations. She has her own apartment. In this marriage, Peskov and Solotsinskaya had three children: the daughter Elizaveta and the sons Deni and Mick. Ekaterina was not the last woman of the press secretary.

According to media, Tatiana Navka and Dmitry Peskov met in 2012 and fell in love with each other. They have the daughter Nadya. On August 1, 2015, the couple married. At the wedding ceremony, many famous people, such as Alika Smekhova, Valentin Yudashkin, Nikolay Baskov, and other stars and famous politicians were present. The ceremony took place in Sochi. Peskov celebrated his wedding in one of the most expensive city hotels Rodina Grand Hotel & SPA. The hotel owner Oleg Deripaska paid for everything. The celebration gradually transformed into the Russian Airborne Troops Day. Peskov and many stars were wearing sailor shirts and berets.

However, it was not the series of photos of stars in uniforms that attracted the public attention. The Russian people were scrutinizing the watch of the happy husband. Experts recognized Richard Mille which was not cheap – on a conservative estimate, it cost several thousand euros. The quality of the photo did not give the chance to identify the model, but it was clear that it cost a half, if not the whole, of the press secretary’s wage in a year. It resulted in many rumors concerning the real benefits of the politician.

Peskov said that the watch was his wife’s present and Navka spent her own money; besides, he said, it was cheaper than it was marked on the Internet. He refused to comment on where his wife could take this money from and added that he, obviously, could not allow the accessory himself. In the interview, Tatiana Navka was furious by the fact of the scandal. She reminded the press she was the Olympic Games champion and could earn her living and do something pleasant for her close person. She was upset by the fact that other sportsmen’s presents were not subject to such doubts. For example, Tatiana remembered, when the figure skater Evgeni Plushenko gave his wife jewelry that cost the equal sum of money as Peskov’s watch, no scandal followed.

The press secretary’s honeymoon provoked another scandal. According to some data, the newlyweds went to Italy right when the anti-Russia sanctions were imposed – many Russians were outraged by this fact. According to other sources, Peskov and his wife spent this time on the private yacht – they approached the island Sardinia but did not step the European land. 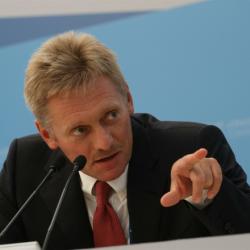