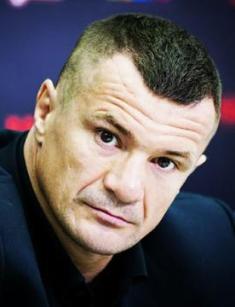 Mirko Cro Cop is a Croatian mixed martial artist who became known not only for his sports achievements but also for political activities and eccentricity. His fans know him as the many-time champion and his strongest left-leg kick, his trademark.

Mirko Filipović was born on September 10, 1974, in Vinkovci, Croatia. The boy took an interest in sports early, but the country was destroyed by the war, and there were no suitable conditions for proper practice. Mirko exercised at home and used walls instead of professional equipment.

The young man’s endeavor did not go in vain: the athlete had about 40 victories in amateurish kickboxing matches. In 1996, he began his professional career. At the same time, Filipović joined a police anti-terrorist unit. This is where his nickname comes from: “Cro Cop” stands for “Croatian Cop”. Although Mirko had his first fights as Tigar (Croatian “tiger”), the MMA world knows him as Cro Cop.

Mirko Cro Cop’s early career was notable for victories and failures changing each other: the success against Jérôme Le Banner, the defeat from Ernesto Hoost, the victory over Ricky Nickolson, and the knockout from Xhavit Bajrami. The sportsman was developing his own style and learning how to control himself and employ various tactics. Although the Croatian lost his first world championship, it proved to be a valuable experience for him.

In the early 2000s, Mirko left the police and devoted himself to sports. That period was marked with the victories over Remy Bonjasky and Mark Hunt, both international stars. Further on, the man defeated Kazuyuki Fujita, Igor Vovchanchyn, Heath Herring, and Dos Caras Jr. The series of victories gave Mirko the chance to fight for the champion title. Unfortunately, he did not succeed: the then champion Antônio Rodrigo Nogueira proved to be stronger.

In 2004, Cro Cop had a sudden knockout from Kevin Randleman; at the end of the same year, Filipović pulled himself together and defeated him. 2005 brought a victory over Alexander Emelianenko. Several months later, the Croatian faced Fedor Emelianenko and got unlucky. MMA fans took the spectacular video of that match to their collections.

In 2006, Mirko gained the long-awaited title: he surpassed Josh Barnett and Wanderlei Silva. Two years later, Cro Cop lost three fights in a row and announced the end of his career; to his fans’ pleasure, the athlete continued to perform in MMA.

The next few years were pretty steady: victories and losses changed, but nobody could question the athlete’s great abilities. In 2011, the man lost three matches again and announced his retirement. Just like it had happened before, Mirko decided to stay and proved to be a strong opponent as he defeated the Japanese sportsman Shinichi Suzukawa.

In the fall 2013, the audience expected another fight between Mirko and Alexander Emelianenko. However, the Russian did not appear in the ring because he had been accused of attacking a pensioner; Aleksei Oleinik replaced him and crashed Cro Cop. Despite the bitter loss, the next couple of years turned out to be advantageous for Filipović: he defeated Satoshi Ishii, Gabriel Gonzaga, and others.

In the fall 2015, rumors had it Cro Crop was going to leave MMA. It did happen so due to the United States Anti-Doping Agency’s decision. Mirko found the courage and confessed he had taken hormone performance enhancers to recover from a shoulder injury as soon as possible. The sportsman was disqualified for a while and came back in summer 2016. He had several brilliant victories and became the Rizin World Grand-Prix winner; the event took place in Japan.

Cro Cop’s private life has been calmer than his sports career. Mirko is married happily; his wife’s name is Klaudija. The couple has two sons: Ivan and Filip.

Apart from sports, Mirko is interested in the country’s politics and social life. The fighter used to be the Croatian parliament member in 2003-2007. The man has also tried himself as an actor and played the main character in Mark Burson’s Ultimate Force.

In 2017, MMA fans were excited to see the announcement of the fight between Mirko Cro Cop and Fedor Emelianenko allegedly scheduled for that year. Everybody was waiting for further details, but it turned out that the athletes would hardly meet in the ring in the nearest future.

As Cro Cop confessed, it was only a PR move; he emphasized that Emelianenko would hardly agree; still, Mirko said he was ready to face his old opponent at any time.

In September 2018, the sportsman participated in the Rizin 13 – Saitama and defeated Roque Martinez. The victory over Roy Nelson happened in February 2019; it is Filipović’s most recent achievement so far.