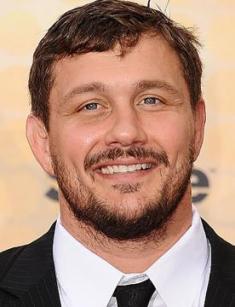 Matt Mitrione is an American mixed martial artist who performs in the heavyweight division.

The future athlete was born in Springfield, Illinois, on July 15, 1978. The young man used to play football and joined the team that represented New York during competitions.

At the same time, Matthew did not limit himself with sports: after he graduated from school, he enrolled at Purdue University and studied law, social sciences, and communication. When Mitrione finished his education, he began his way to success and became an administrator of the company that produced sports nutrition.

Matt entered the world of mixed martial arts by accident: his friend invited him. The debuting fight was successful and brought the first victory. Further on, Mitrione had to face Kimbo Slice; they had known each other. In the first round, Matt kicked down his opponent with a single leg movement and defeated him with punches in the second round.

Little by little, the sportsman was earning his fame; he received the Fight of the Night in 2010. The next year, the man met Tim Hague and surpassed him; however, the victory was not sweet because of a broken arm. It took a while to recover.

Later on, Mitrione fought against the American Christian Morecraft; the jury stopped the event in the first round and gave Matt the cherished victory. It turned over a new leaf in the athlete’s career: he performed two knockdowns.

However, luck is as changeable as the moon: every mixed martial artist knows that. The first loss took place in 2011 when Matt could not do anything against Cheick Kongo: even the distance and the jab were not effective.

The meeting with Rob Broughton was scheduled for 2012, but the opponent did not participate for some reason. Mitrione had another chance to fight - Roy Nelson was his new enemy. The event was held in Las Vegas; many MMA fans gathered together to see it. However, fans had no opportunity to celebrate their favorite’s triumph: Roy knocked down Mitrione.

In 2013, the athlete was involved in a scandal: the media reported the contract between MMA and Matt was suspended. As it turned out, the sportsman’s cynical comment on his colleague, who had had sex realignment surgery, caused the punishment. The prohibition of fighting lasted for a fortnight.

After this disqualification, Matt had to oppose Brendan Schaub. Whether the scandal had had a negative effect or the man’s physical condition was not perfect, Mitrione lost. However, 2014 brought a new significant achievement: Performance of the Night.

2016-2017 were successful for the sportsman. In June 2017, he met the Russian athlete Fedor Emelianenko and won with punches. More than 760 000 Internet users watched their video.

Matt Mitrione has not been involved in any scandals related to his personal life.

The athlete has been happily married for many years; he has two sons and a daughter.

Today, the sportsman continues to perform in the ring; he collaborates with Bellator. The most recent fight took place in February 2019; Sergei Kharitonov was Matt’s opponent. However, none of the athletes received the victory: the accidental groin strike caused the no-contest ending.