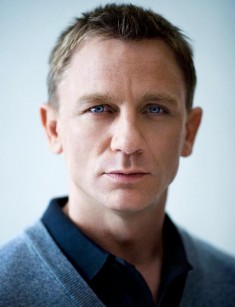 Daniel Craig is an English actor. He became famous due to the role of James Bond. Daniel Craig born on March 2, 1968, in England. His father tried his hand at various professions, he was a sailor, worked as an engineer in a steel factory, had his own pub. The mother taught the art.

When the boy was 4 years old, his parents divorced. Daniel, his older sister Lea and the mother moved to Liverpool. At the time, the woman refused to work at the Academy of dramatic art because of the family, but the passion for theatre did not disappear. After moving the future actress plunged into the activities of the Liverpool theatre, and it captivated her son.

Daniel Craig spent his childhood behind the scenes or in the auditorium. Then the British already knew that he wanted to become an actor. Since six years, the boy participated in school productions.

A few years later, Daniel and his family moved to the Wirral Peninsula. His mother married a second time. The teenager went to school without enthusiasm, but he read with pleasure, played in performances, and engaged in Rugby.

In 1984, the National Youth Theatre held auditions in Manchester. 16-year-old Daniel Craig has successfully passed it and moved to London. He made his living in the British capital cleaning and working as a waiter.

Craig knew that one desire is not enough for an acting career as you need specialized education. He tried to enter the School of Music and Drama three times, and he did it on the third attempt. He studied at this prestigious school for three years until 1991.

His film debut took place when he studied at the School of Music and Drama. The movie The Power of One was released in 1992 and Daniel Craig played a brutal military officer, who tramples all rules of morality. The role was a success, and it was followed by offers from producers. Further successful roles were supporting ones.

In 1998, Craig brilliantly played the psychopath in the movie Love and Rage. The same year there were two premieres with his participation Elizabeth, and Love Is the Devil: Study for a Portrait of Francis Bacon. He got the prestigious Edinburgh International Film Festival Award for the Best British Performance for the second film.

In 2000, the film Some Voices was released. Daniel Craig played a patient with schizophrenia and his performance made critics and filmmakers talk about the English actor. In 2001 he was invited to Hollywood.

He began his career in Hollywood with a role of Alex West in Lara Croft: Tomb Raider. In 2002, he played in the film Road to Perdition. Step by step Daniel was closer to acting stardom.

Films with his participation were shot every year in Hollywood such as Sylvia, Enduring Love, Layer Cake. A huge success came to him in 2005, when the actor was adopted on the role of the new James Bond. Since then, Daniel Craig has become a cult star. Reputable newspapers wrote about him, celebrities talked about him too. The film has become the main achievement of the British actor.

James bond series Casino Royale with the new 007 broke all records of popularity as the film became the highest grossing in the history of the series. Bond made Craig one of the most expensive actors of the Hollywood, sex symbol and the face of the advertising campaigns of global brands. Actress Eva Green was his partner in the film.

Daniel Craig’s second great project was the role of the journalist in the film The Girl with the Dragon Tattoo. Actress Rooney Mara played the role of Lisbeth Salander.

The next movie, that brought fame to the actor, was another part of Bond series Spectre. Craig appeared along with Monica Bellucci in the film trailer. Internet users have remembered very well the passionate kiss of the celebrities.

In 2010, the actor visited the gay bar Roosterfish. The Briton danced with a young man and gave autographs to fans. As a result, it broke up a scandal, Craig was accused of homosexuality and mass media stated that going to such a place is a real acknowledgment of homosexuality.

His first love was German actress Heike Makatsch. He met her on the set of the drama Obsession. They spent a lot of time together, appeared at social events, and soon Heike and Daniel started living together. Their open-low marriage lasted for 7 years, but gradually, the feelings faded.

In 1991, Daniel Craig met Scottish actress Harley Loudon. The next year, the couple officially married. They arranged the wedding too. The same year they had a daughter Ella. The couple had lived together for two years, but then they broke up. Harley with the daughter moved to London.

In 2005, Daniel met Satsuki Mitchell, who was the producer of the thriller The Jacket. Satsuki became his girlfriend. Romantic feeling broke out between them. The media periodically reported about Craig’s love affairs with actresses and models, but his relationship with Satsuki lasted until 2010.

Daniel Craig has met all his women on the set. An affair with Rachel Weisz was not an exception. They played spouses in the film Dream House. At that time, Rachel was the director’s wife, and Daniel had relationships with producer Satsuki Mitchell. By the end of 2010 the lovers stopped hiding from journalists, and on June 22 of the following year, they exchanged rings. The ceremony was modest, Craig’s daughter and Weisz’s son came to congratulate the parents.

Actor’s fans on the Instagram and other social networks constantly follow the news about the life of the celebrity. In 2017, the mass media reported that Daniel Craig agreed to play James Bond. Hollywood actor agreed to play agent 007 in the 25th - anniversary series.

Previously, Daniel Craig played in 4 Bond films. The actor became popular thanks to this film, but he refused flatly to participate in the continuation of the movie for the last six months.

"I'd rather cut my wrist than play in another Bond film. It is all over with the role. I want to move on," –Craig said in early October 2016, but then changed his mind.

British journalists suggest that Craig's agreement was very expensive for the filmmakers because previously the producers offered the actor a fee of $ 80 million. Producers continued to negotiate with him, knowing his fickle nature.

The actor has not officially confirmed the news. Perhaps, a personal drama forced Craig to change his opinion.

In 2017, the British press reported that the performer of the role of James Bond could once again become a bachelor. According to the media, the reason for divorce could be Craig's dissatisfaction caused by Rachel's constant absence. In addition, there are rumors that the actor was jealous of his wife’s successful career. Rachel's business has recently improved as proposals for filming follow one another, but Hollywood producers have forgotten about Craig.

Daniel Craig has always been known for his very impressive body (the height of the actor is 178 cm). But attentive journalists have seen signs of excess weight on recent pictures of the famous British actor. The actor, who played the role of James Bond, began to gain weight.

Critics suggest that the British will need hard workouts to return to the franchise about the adventures of agent 007. A significant number of men of his age face the problem of overweight, as fat begins to accumulate in the belly. Only intense exercises can stop the negative process. 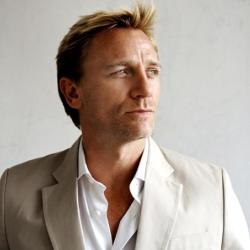