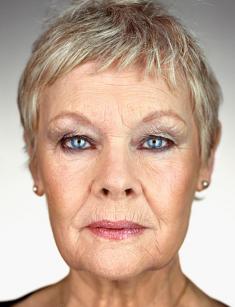 Judith Olivia Dench was born on December 9, 1934, in Heworth, North Riding of Yorkshire. The girl’s father was a doctor; he worked with ordinary patients and actors of the York theatre. Thus, Judi and her brother Jeffery could go backstage and watch the actors rehearse and prepare for performances. Perhaps, the close familiarity with the theater life encouraged the girl’s interest in acting.

As a school student, Judi attended dance and drawing classes; she was good at painting and even planned to become a graphic artist in the future. However, real life was different. Soon, the interest in the theater overwhelmed the young talent, and Judi moved to London to study acting. The young woman enrolled at the Central School of Speech and Drama; by the way, her brother Jeff went there as well.

Judi Dench began her career in 1957: she personified Ophelia in Shakespeare’s Hamlet. The debut was successful; the audience and critics noticed the artist. In 1960, Dench played another Shakespearean character, Juliette, in the play staged by Franco Zeffirelli.

The next year, Judi was invited to the Royal Shakespeare Company; soon, she became the best actress in the capital. Judi participated in all performances; she kept mastering her skills and literary lived her characters’ lives.

The love of the theater stage did not prevent the actress from working on movies. She debuted in the 1964 movie The Third Secret. Right after the premiere, Dench was showered with new invitations. She did not reject them and expanded her filmography quickly.

In 1966, the actress won BAFTA - Most Promising Newcomer to Leading Film Roles for the movie Four in the Morning. Besides, critics appreciated the woman’s role in the movie A Midsummer Night's Dream.

Although the actress disappeared from the big screen in the 1970s, she came back in the next decade and pleased her fans with new roles. In 1985, the movie A Room with a View was released; Henry V and GoldenEye followed. The latter movie, a new James Bond story, brought the actress international recognition.

The roles in A Handful of Dust and 84 Charing Cross Road were equally worth noticing.

In 1997, the world applauded the actress again: she played Queen Victoria in Mrs. Brown. Judi’s unique charm and style helped her portray the complex character; people were conquered by her talent and sincere acting. Dench won the Golden Globe and BAFTA; besides, she was nominated for the Academy Award. Still, this long-awaited achievement came only with the next project.

The jury adored the actress’s secondary role in the movie Shakespeare in Love. Although she appeared in the picture for several minutes, her acting was so impressive that she won the first Academy Award.

The role of Armande Voizin in Chocolat was significant. It is the touching story about love and kindness that can break any obstacle and melt every cold heart; viewers all over the globe loved it. Johnny Depp and Juliette Binoche became Judi’s stage partners.

Overall, Judi Dench has been nominated for the Academy Award six times; however, she has not won it. The 2006 movie Notes on a Scandal brought the latter nomination; Dench personified a teacher there.

Besides, 2015 was marked with the unusual movie The Winter's Tale based on Shakespeare’s books. It was the theater performance recorded on a camera. The premiere was successful; the project brought Judi Dench many new fans.

The woman is pretty short: her height is 5.09 ft. (155 cm.). She has always been popular among men. However, the first significant romance happened only in 1971: Judi met the actor Michael Williams. Judi remembers him with warmth and describes him as the kind, sensitive person with a great sense of humor.

The couple spent together almost 30 years; the daughter Finty Williams was born in this marriage. She followed in the footsteps of her parents and became an actress.

Judi and Michael’s story ended tragically: the man died of cancer. Since that time, Dench has not married and remained loyal to her deceased partner. The daughter and the grandson Sam supported the artist in everything.

The woman entered a new relationship only in 2010: it was David Mills. In a while, there were some rumors on the Internet that the couple was going to marry; the speculations were complimented by touching photos. However, Judi denied the information and mentioned that being together was enough for David and herself.

Despite her senior age, the actress does not plan to retire: she continues to work on various movies. In 2017, three projects starring the artist were released: Murder on the Orient Express, Tulip Fever, and Victoria & Abdul. In 2018, two new movies came out: All Is True and Red Joan.

The actress spends her free time with her grandson; she also takes care of her pets: hamsters, fish, and a dog.

Sam Williams who has also chosen the acting career says he is proud of his talented grandmother; he dreams of collaborating with her one day.