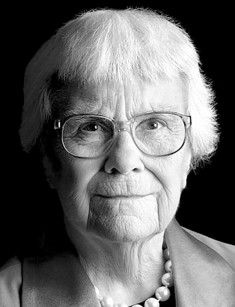 There is a term in cinematography: “one-role actor.” It is used to identify artists whose fame is limited to one role, for instance, Macaulay Culkin who starred in Home Alone and Home Alone 2: Lost in New York. There is no similar term in literature, but some examples bear a resemblance to that: some writers are known for one book (Ken Kesey’s One Flew Over the Cuckoo's Nest) or one character (Arthur Conan Doyle’s Sherlock Holmes). The American hermit Harper Lee is one of such “one-book” writers.

The would-be writer was born on April 28, 1926, in Monroeville, Alabama. Nelle Harper Lee was the youngest among the four children of Amasa Coleman and Frances Cunningham.

As Harper’s elder sister Alice remembered, the future writer was a tomboy and gave pretty much trouble to her parents and siblings. At that time, the girl made friends with her neighbor and classmate who became a famous writer, Truman Capote.

In 1931, the Scottsboro Boys case happened; the whole country discussed it. According to the case, none black men from Scottsboro, Alabama, raped two white young women. Before the court, outraged citizens almost tore the accused guys to pieces; people did not want to stop even when the medical examination results demonstrated the women had not been raped.

Eventually, the all-white trial jury condemned the men to death; four hearings took place before the most horrible punishment was agreed on. Small Harper remembered that case thanks to her father who worked as a lawyer and took an interest in that case. Later, the writer used her own memories when she created her debuting book.

In 1944, Harper graduated from school and entered the Huntington College for a year. Later on, the young woman enrolled at the University of Alabama to study law: the father, a powerful bureaucrat, chose this career for his daughter.

In 1945, Lee went to the University of Oxford thanks to the student exchange program. She spent a year there and never finished her studies: the young woman dropped and moved to New York where she was going to become a writer.

Harper created her first works when she was a student at the University of Alabama. These were short stories and essays; the young woman was gaining experience. At the same time, in 1945-1949, Harper Lee worked as an editor of a local humorous magazine.

As she needed to earn her living and pay for an apartment, the writer worked as a ticket agent in Eastern Airlines and British Overseas Airways Corporation until the end of the 1950s.

As soon as Harper Lee had several short stories published, she hired a literary agent in fall 1956. At the end of the same year, her friends gave her a Christmas present that turned out to be the most significant gift in her life: a one-year vacation. They wrote:

“You have one year off from your job to write whatever you please. Merry Christmas.”

At this period, the young woman wrote a series of short stories with the same character. She took them to Lippincott Williams & Wilkins. The chief editor, Tay Hohoff, gave a favorable response but recommended the writer to meld these stories in one novel.

In the end, in summer 1960, the book To Kill a Mockingbird came out. The novel earned recognition and readers’ love all over the globe. Critics also said the book was good. The 34-year-old writer gained the Pulitzer Prize for Fiction for her bestseller.

In 1962, the screen adaptation by Robert Mulligan (The Great Impostor, Up the Down Staircase) came out. The movie was nominated for the Academy Award and won it, as well as the Golden Globe. As the movie was made, Harper made friends with all the actors and crew. The friendship with Gregory Peck was particularly strong; she gave him her father’s watch as a present for the role he played brilliantly.

After the novel succeeded, the writer and her childhood friend Truman Capote went to Holcomb, Kansas, to collect the material for an article about a murdered farmer and his family. In 1966, Capote created one of his most popular works, the novel In Cold Blood, based on those materials. This book won the Edgar Award as the best detective; there were several screen adaptations.

Harper switched to something else. Throughout her life, she wrote essays and short stories but sometimes was going to work on larger projects. The attempt to write about a serial killer from her home state is the most famous try. Eventually, the writer did not like the novel and got rid of it. She did the same with two other words; there is very little information about them.

In 1966, President Lyndon B. Johnson included the woman to the National Council on the Arts.

In 1983, Harper presented the essay “Romance and High Adventure”; she delivered a speech at the Alabama History and Heritage Festival. At that period, she decided to come back to her native Monroeville.

In 1999, the Library Journal named To Kill the Mockingbird the best American novel of the century.

In 2005, Harper received the Los Angeles Public Library Literary Award for her literary achievements. The next year, the writer got the honorary degree from the University of Notre Dame.

In 2006, the writer gave one of her rare interviews in the form of an open letter to Oprah Winfrey. She wrote:

“Now, 75 years later in an abundant society where people have laptops, cell phones, iPods and minds like empty rooms, I still plod along with books.”

The next year, the then President George Bush Jr. awarded the Presidential Medal of Freedom to the writer. Three years later, the woman had a stroke. For this reason, she had to go to a nursing home where professionals would look after her.

In 2014, the writer’s elder sister, Alice, died; Harper was depressed for a while. The situation changed a little when the writer’s unpublished novel Go Set a Watchman was found in Alice’s safe box. This book was based on the short stories Harper brought to the editor’s office in 1957. Formally, the story continues To Kill a Mockingbird, but it was written earlier than the famous novel. Harper Lee was sure the manuscript had been lost.

The writer’s new literary agent, Andrew Nurnberg, and her old acquaintance, the lawyer Tonja Carter, helped publish the book. Lee did not comment on the new novel Go Set a Watchman. There is a theory that the story was not written by Harper Lee.

To Kill a Mockingbird is included in academic programs in various countries, and many quotes from the book are popular among people.

The writer never married. She also had no children.

There were rumors about the woman’s romances with the writer Truman Capote and the actor Gregory Peck. However, both men claimed they were only on friendly terms with the writer.

The writer died in 2018, on the night of 18-19 February. It happened when she was sleeping, easily and painlessly. 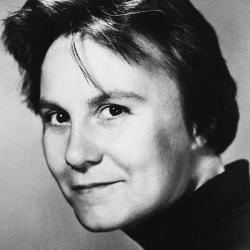